Home » Lifestyle » Bradley Walsh net worth: The Chase host and ex-Corrie star has made an incredible fortune 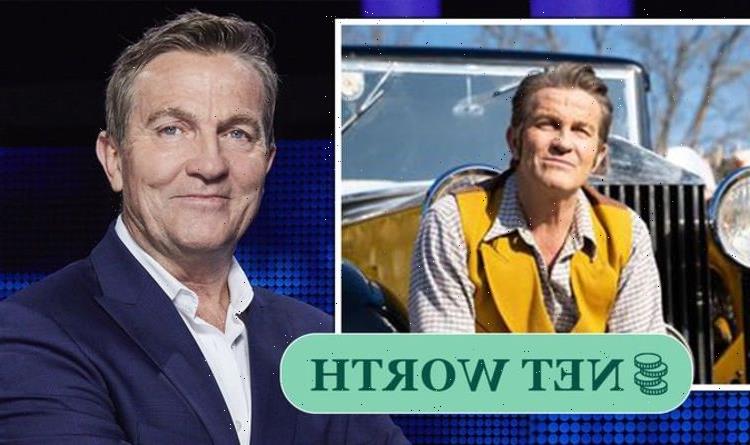 Bradley Walsh net worth: The Chase host and ex-Corrie star has made an incredible fortune 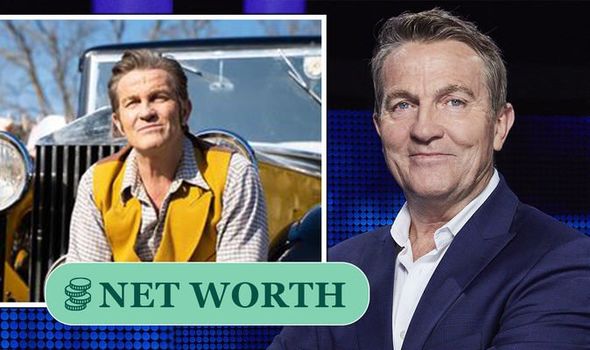 Bradley Walsh, 61, is plastered across TV screens; if it isn’t as the host of The Chase, he recently joined forced with Holly Willoughby for a BBC game show earlier this year. The former Coronation Street actor who is set to star in a new ITV drama on Sunday night’s, the Larkins, also revealed his love of classic cars and passion to restore them recently. So when he isn’t travelling around with his son Barney for Breaking Dad or appearing in a theatre production, what does the presenter do in his spare time with all the cash he has amassed from his career so far?

Bradley’s earnings have reportedly soared to almost £1million per year, making him one of the highest paid stars in the world of television with £12.5million in the bank.

Accounts filed with his company, Wingit Productions, reportedly reveal his company’s net worth equates to £12.3million, an increase of more than £800,000 from £11.5million in 2020.

He is said to have £12.5million worth of assets – including a whopping £10.3million in cash, raising his net worth to £20million.

Bradley John Walsh was born in June 1960 in Watford, Hertfordshire to a Scottish mother, Margaret and her English husband Daniel.

The family grew up near Watford, in Leavesden, and Bradley has a sister called Kerri.

After attending a comprehensive school in Garston, Bradley got a job as an apprentice at Rolls-Royce’s aircraft engine factory in Watford at the age of 16.

Having started his youth football career at Wormley Rovers, in lat 1978, at the age of 18, Bradley became a professional football player for Brentford.

However, he failed to make the first team and was regularly a member of the reserves.

While Bradley was at Brentford he also played for Barnet on loan, making five Southern Football League appearances in the 1978–79 season.

Ankle fractures ended his football career at the age of 22, in 1982.

Following his football career, Bradley had a variety of jobs including working as a bluecoat at Pontins in Morecambe for three months.

In October 1982, performing as a newcomer comedian, he came second in a talent contest at the Rolls-Royce Sports and Social Club in his home town of Leavesden.

And this led to him being recruited but ITV, who offered him the role as presenter on one of the network’s new game shows, Midas touch.

In 1997, Bradley as then asked to front the British version of Wheel of Fortune and the show lasted one year with him as presenter  before he turned his hand to acting.

In 2002, he landed a regular role in the short lived British soap opera Night and Day before moving to The Bill spin-off which appearing in the West End production of Les Miserables.

In 2004, Bradley made his first appearance in Coronation Street playing Danny Baldwin, but two years later, at his own request, Bradley’s character was written out of the series.

Then in 2007, Bradley then appeared in TV drama Torn, as well as Doctor Who’s spin-off The Sarah Jane Adventures.

Two years later, Bradley and his son Barney featured in a special edition of the Channel 5 series, Dangerous Adventures for Boys.

And that same year, he starred in the ITV crime drama Law & Order: UK until 2014.

2014 saw him move to BBC One for a comedy series called SunTrap, then in 2017, the same channel announced he had been cast as a companion, Graham O’Brien in the 11th series of Doctor Who.

Last year, it was announced Bradley had been cast as Pop Larkin in The Larkins, which begins on ITV this Sunday.

Throughout the decades, Bradley has also starred in many pantomime and theatre productions.

As for presenting, Bradley’s big ITV break came with The Chase in 2009.

He has also been a guest presenter or presenter for many one-off  shows, including The One Show, Sunday Night at the Palladium and most recently Blankety Blank.

In terms of singing, Bradley approached Alexander Armstrong to ask him for singing advice in 2016.

As a result, he released a debut album, Chasing Dreams which peaked at no10 on the UK Albums Chart.

A year later, Bradley released When You’re Smiling and it reached number 11.

Bradley married Donna Derby in 1997, together they have a son, Barney, with whom Bradley appears in the travel series Bradley Walsh & Son: Breaking Dad on ITV.

Bradley also has a daughter, Hayley, from a previous relationship.