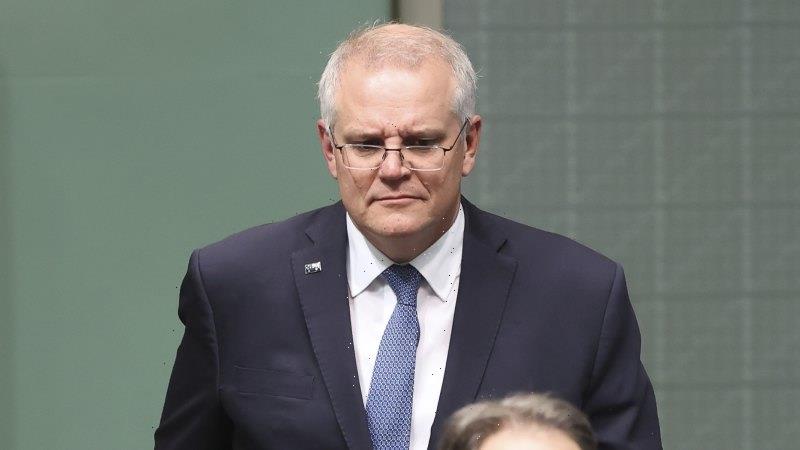 Concerns about the Omicron strain have prompted the federal government to defer the planned reopening of the international border to December 15.

About 200,000 workers and students were expected to start arriving from Wednesday, but top federal ministers reviewed the plan ahead of a national cabinet meeting on Tuesday and decided to delay the reopening. 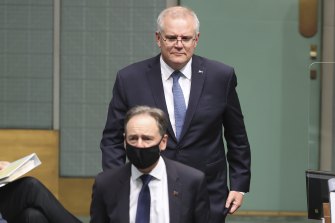 Health Minister Greg Hunt said the country is prepared for new variants, as the Prime Minister holds a national security committee meeting ahead of a national cabinet gathering on Tuesday to discuss the Omicron variant.Credit:Alex Ellinghausen

The federal government released a statement on Monday night confirming the decision and said travellers from Japan and South Korea would also not be allowed in until December 15.

Prime Minister Scott Morrison discussed the pause at a national security committee of federal cabinet on Monday night because of the threat from the new coronavirus strain, as health experts say it is too soon to know if Omicron is more severe than Delta.

Options to delay the opening of the international border on December 1 were put to the committee before Mr Morrison talked to state and territory leaders in an online meeting of national cabinet on Tuesday afternoon.

The government wanted to open the border on Wednesday to students, skilled workers and a select group of others who have been fully vaccinated, but reassessed the timetable in response to five new cases of the Omicron variant in Australia.

Health Minister Greg Hunt said on Monday that Australia was well prepared for any variants, with nearly 87 per cent of the eligible population aged 16 and up now fully vaccinated.

The federal government has already stopped flights from nine southern African countries and brought in quarantine requirements from anyone who recently entered Australia from the region. All international arrivals must also self-isolate for 72 hours after landing.

So far, the variant appears to be mild, but Mr Hunt said Australia would go further with health measures or border restrictions if necessary.

“We will not hesitate to take additional steps if the medical evidence is that more are required,” he told reporters on Monday morning.

NSW, Victoria and the ACT are working with the federal government as they review whether to extend the 72 hours of home quarantine that all international arrivals are required to undertake.

“They’re reviewing that, and they’re working with us,” Mr Hunt said on Monday afternoon on 2GB radio.

“We certainly wouldn’t rule out the fact that that period may be rolled over. And I think it’s important to provide that guidance.

“My understanding is that they’re certainly considering that. They’re doing it in conjunction with Commonwealth officials.”

National cabinet is meeting at 4.30 on Tuesday to discuss the rapidly evolving situation with the new variant and current measures in place to reduce its spread in Australia, just hours ahead of flights returning with students and workers.

Queensland Premier Annastacia Palaszczuk expressed concern about the number of international arrivals who were not in hotel quarantine, and said she would be seeking answers about it in Tuesday’s meeting.

But NSW Premier Dominic Perrottet said Australia should not have a “knee-jerk” reaction to the emerging variant.

“We need to open up to the world, we need to do so safely,” he said on Monday morning.

Mr Hunt said national cabinet’s meeting was about ensuring there was “common understanding, common information, and common actions” between the states, territories and the federal government. He noted he has not received any health advice to justify continued state border closures.

“But we have a clear direction – vaccinations up, progressively restrictions down. Those directions remain constant,” he said.

Half a million Australians who are eligible for a booster shot have not yet had it as the country’s top vaccine experts consider whether to shorten the interval between second and third doses amid concerns about the Omicron variant. Labor’s health spokesman Mark Butler said the government needs to urgently boost vaccination numbers in areas that were lagging behind, particularly Indigenous communities.

“There are still pockets where people are not protected,” Mr Butler said.

The Omicron variant has become the dominant strain in South Africa and led to border closures around the world as cases are detected in Europe, Asia and Australia.

Early information shows the Omicron strain appears to be milder than other variants of the coronavirus, and the first two cases detected in Australia were asymptomatic, but Chief Health Officer Professor Paul Kelly said there have been too few cases globally to know that for certain.

“Some reports out of South Africa are it’s mostly mild, other information we have is the hospitalisation rates are increasing. So we need to get further information there,” he said.

‘I’m A Celebrity… Get Me Out Of Here!’ Latest: Question Marks Over Live Show For Fourth Consecutive Night
World News