Home » Lifestyle » Boeing’s boss won’t resign over the 737 Max crashes. Will passengers stand for it? 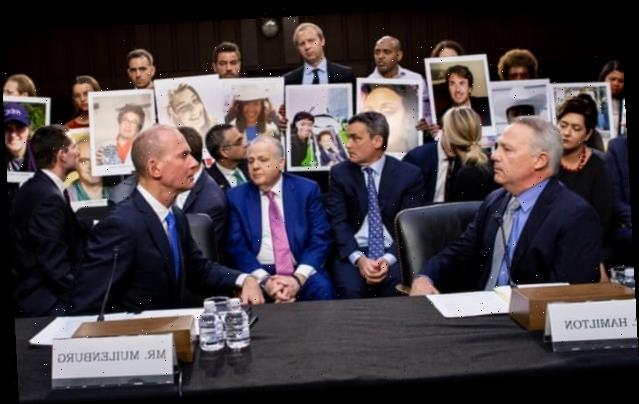 Boeing’s boss won’t resign over the 737 Max crashes. Will passengers stand for it?

Dennis Muilenburg, Boeing’s chief executive, last week told US lawmakers that he would have grounded the 737 Max in a heartbeat – if only he’d known about the dangers posed by the aircraft’s anti-stall mechanism. His apparent ignorance of this design flaw led to the deaths of 189 people in October 2018, when Lion Air Flight 610 slammed into the Java Sea. Five months later, once Boeing had convinced most of the world that poorly trained Indonesian pilots were probably to blame for the disaster, another 157 people died on Ethiopian Airlines Flight 302.

To the ordinary person in the street, glaring similarities between the crashes – both of which involved the same, brand new aircraft type nosediving at the same stage of their flight – made it obvious that the 737 Max should be grounded.

There were, after all, just 350 of those planes in service at the time of the second crash – a fraction of the global commercial jet fleet. And, with less than two years of operational history behind it, Boeing’s newest model had not yet attained a proven track record for safety.

But to Boeing’s management, acknowledging a potential design flaw was seen as a commercially ruinous step. Even as the rest of the world grounded the jet, they wielded their influence over the US aviation regulator, the Federal Aviation Administration (FAA), to keep the 737 Max flying for three long days after Flight 302. It was President Trump – no expert in air crash investigations, but a man who at least seems to grasp risk management – who eventually forced Boeing’s hand. And even then Muilenburg was dismissive, saying he will endeavour to “make a safe aircraft even safer”.

Ensuring that blood is never again spilled by this design flaw is, of course, the industry’s top priority. But it is right that questions are also asked about whether Boeing – and in particular its chief executive – behaved irresponsibly. Did Muilenburg shrug off warnings about the aircraft’s anti-stall mechanism before and after the disasters, blinded by a desire to stay competitive with Airbus, Boeing’s European rival? Was passenger safety his overriding concern at all times? 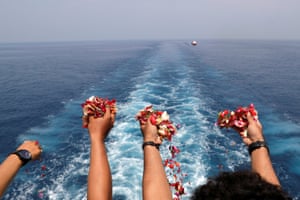 More importantly, but less tangibly, is it likely that the culture he presided over will give rise to a similar crisis in the future?

These are difficult questions to answer. But thanks to a steady trickle of leaked documents and whistleblowers, we know much more now than in the immediate wake of the tragic crashes. Take messages sent in 2016 by Mark Forkner, then Boeing’s chief technical pilot for the 737 Max, in which he complained that the aircraft’s anti-stall mechanism was “running rampant” in simulator tests. He later convinced the FAA that it wasn’t necessary to mention this mechanism in pilot manuals – an omission that boosted sales of the plane because Boeing could claim that flight crews on older 737 models needed almost no retraining.

Forkner and others now say his comments referred to faulty simulator software, rather than an inherent design flaw. But they also seem to show that he understood how the anti-stall mechanism – which is programmed to tip the nose of the plane down – can violently override pilot inputs. And that appears to make advice to the FAA incomprehensible.

Another document from 2015 shows that a Boeing employee warned about what later proved to be the achilles’ heel of the 737 Max’s anti-stall mechanism – its reliance on data from one “single” sensor. Flying is the safest mode of transport precisely because modern aircraft are designed in a manner that ensures no single point of failure can ever spell doom. The 737 Max seems to have been approved despite appearing to violate this long-standing engineering principle.

Red flags might have been ignored because the FAA was in the process of changing the way it certifies aircraft – in effect, sub-delegating many of its checks back to Boeing. The arrangement isn’t as crazy as it sounds: Boeing’s workforce is better funded, better resourced and arguably more experienced than the FAA’s. But allowing any company to police its own compliance is risky. Employees whose job it is to enforce regulations will always be subordinate to managers whose focus is on delivering commercial goals – on time and at minimal cost. An investigation by the Seattle Times confirmed this, gathering testimony from several staff members who felt they were nudged to speed up approvals and rein in tests. Muilenburg knew what was going on: an internal survey conducted in 2016 found that one in three employees reported “potential undue pressure” over safety calls.

In short, the chief executive’s claim of ignorance about the events that portended this saga lacks credibility. We know that management were aware that the anti-stall mechanism fundamentally changed the way the 737 is operated, yet they excluded it from pilot training. We know that management were warned about redundancy problems with the new technology, yet they failed to act on those warnings. And we also know that staff spoke out about what they saw as declining standards in the company. Worst of all, even after 346 people had died, Boeing did everything in its power to downplay the situation and keep the 737 Max flying. It is hard to imagine a more callous act of corporate greed.

Muilenburg refused to resign at last week’s congressional hearing, but the decision is not his to make. Boeing’s shareholders are the ultimate kingmakers. When they invest in the company they are not simply betting on its future earnings potential. They are betting on emotions – on the willingness of the general public to board Boeing planes without rational or irrational fears; on their confidence in airline bosses to maintain flight schedules with reliable, airworthy fleets. And Boeing will face a fresh round of scrutiny in the wake of a whistleblower claiming that tests suggest that up to a quarter of the emergency oxygen systems on the 787 Dreamliner could be faulty.

Muilenburg has no hope of eliciting that trust, and he must go. “Negligence, incompetence or corruption starts at the top, and it starts with you,” Illinois lawmaker Jesus Garcia told him last week. “I think it’s time that you submitted your resignation, don’t you?”