Home » Lifestyle » Body language that attracts people the most 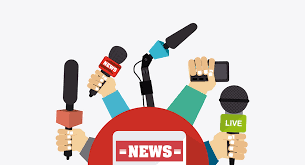 Body language that attracts people the most

Body language is “a shortcut to what people are contemplating and feeling,” former FBI agent and author of The Dictionary of Body Language: A Field Guide to Human Behavior, Joe Navarro, said when speaking with New York Post.

According to Navarro, body language can reveal whether or not a person is lying, stressed, or even insecure. The health of a relationship can also be determined by examining body language. Navarro revealed that people will move their legs away when sitting near someone they don’t like. He further explained, saying, “Couples who don’t like each other will hold hands but not let their legs [touch].”

While being able to successfully analyze body language certainly comes in handy when trying to catch bad guys, having a rudimentary understanding of the body’s tells can be useful for everyone — especially if your’e in the dating game. Here’s the body language that attracts others the most, according to experts.

It’s been said that the eyes are the window to your soul. Body language experts Barbara and Allan Pease seem to agree. In their book, The Definitive Book of Body Language: The Hidden Meaning Behind People’s Gestures and Expressions, eye contact is listed as the very first step of “the attraction process.”

It works like this: When a woman locks eyes with a man she finds attractive, she’ll hold his gaze for around five seconds before turning away. “A woman needs to deliver this gaze, on average, three times before the average man realizes what’s happening,” the book reveals. Oh, men. But once he does realize, the “gaze process” can continue for several more rounds and serve as the beginning of the “flirting process.”

So, if you’re locking eyes with someone across the bar, it’s a good indicator that you find each other attractive.

Stick your neck out

Behavioral investigator Vanessa Van Edwards revealed in a television interview with AM Northwest that women who are looking to attract a man will often expose their necks. “And you see this when women flip their hair back and they show that side of their neck,” the expert explained. “That’s because they want men to sort of smell their hormones. That’s a very chemical thing.”

In addition to flipping their hair back, women also expose their necks by tilting their heads when listening to the person they’re attracted to. The expert said this is among the first things a woman will do when wanting to attract a guy. Body language expert Joe Navarro also revealed that the more comfortable two people get around each other, the more head-tilting and neck-exposing there will be. If there is any discomfort, however, “the necks will straighten” and thus less of the neck will be exposed.

When it comes to relationships, many people will advise you to listen to your heart. Others may contradict that advice and tell you to lead with your head instead. As it turns out, though, you’d probably be better off if you just followed your belly button. Yes, you read that correctly. Chris Ulrich, senior instructor at the Body Language Institute, told Glamour: “Your belly button usually faces the person you most like, admire, or trust.” Even if your head is turned toward something or someone else, your belly button is probably pointing you in the direction of your crush. It sounds silly, but it’s something we as humans just tend to do naturally.

Of course now that you know this neat (and yes, weird) trick, you can help your belly button do its job by ensuring your stance is directed at the person you’re looking to attract.

While telling a woman to smile will surely never work (seriously, guys, just stop trying), earning a woman’s smile is a whole different ball game. According to The Definitive Book of Body Language, women will deliver “one or more fleeting smiles” when they are attracted to someone. Experts Barbara and Allan Pease wrote that these aren’t big, toothy grins, but “quick half smile[s]” and are used to give a man the okay to approach — a “green light” of sorts.

Men aren’t the only ones who appreciate a genuine smile, behavioral investigator Vanessa Van Edwards revealed in an article for Science of People. “Both males and females find people with available body language the most attractive,” wrote the expert. Smiling is one of the key ways both men and women can demonstrate “availability” — and is just another reason why no one (man nor woman) should be coerced into smiling.

Smiling is not the only indicator of availability. Behavioral investigator Vanessa Van Edwards revealed to Science of People that uncrossing your arms is yet another way you can signal your availability to a potential partner.

Chris Ulrich, senior instructor at the Body Language Institute, agrees. “Crossed arms can make you seem closed off or disinterested,” the expert revealed in an interview with Glamour. “You’re subconsciously creating a barrier that makes you not as approachable as you want to be.”

That’s not to say you should always keep your arms uncrossed. “Science says you’re more likely to work through a difficult problem with your arms crossed,” the expert admitted. And, let’s be honest, sometimes you’re just cold or don’t know what to do with your hands other than tuck them into your arms. Nevertheless, when it comes to attracting a mate, uncrossed appears to be the way to go.

One body part is of particular importance when it comes to decoding body language. As it happens, the small part of the body is probably one you don’t even realize you have: the subrasternal notch. It’s located just between the collar bones and is sometimes referred to as the jugular notch.

Body language expert Vanessa Van Edwards told AM Northwest that women will often touch or rub this area of their necks when an intimate topic is broached in conversation. “That’s a signal for a man: ‘Okay, we’re in intimate territory here.’ Tread carefully, but it could be a good thing because she’s sort of opening up to you,” the behavioral investigator revealed.

Although men do touch their necks when faced with similar situations, women tend to be the ones who touch this “very specific area” of the neck, language expert Joe Navarro confirmed in an article for Psychology Today.

The Definitive Book of Body Language revealed that women will look for “an opportunity to initiate a light touch on the arm, either ‘accidental’ or otherwise” with the person they are attracted to. This small first act of touch would then initiate different levels. A touch on the hand, for instance, would be considered “a higher level of intimacy” than a light tap on the arm, according to the authors.

Each new “level of touch” is also repeated. This accomplishes two important things: it’s a way to make sure that the other person is okay with being touched and it’s also a way to let the person know the touch was on purpose — not an accidental slip of the hand. Although handshakes don’t sound all that intimate, the body language experts revealed that this is “a quick way to move to the touch stage.” The more you know.

Body language expert Vanessa Van Edwards revealed the “ultimate flirting” tell in an interview with AM Northwest — and it involves a combination of different movements. “This is when women tilt their head down, look up at a man, and bat their eyelashes,” she explained. The expert called this signal a “classic Marilyn Monroe gesture.” Princess Diana was also photographed using similar body language. Often times, she would look up at reporters while batting her eyelashes. That was “one of the reasons why the cameras loved her,” Van Edwards explained.

While knowing this body language secret means you can replicate it, the behavioral investigator revealed that most women do this gesture more-or-less subconsciously. “First of all, hormonally, [women] want to attract a mate and, you know, that also makes them feel good. …You want to be attractive — it makes you feel attractive,” Van Edwards explained.

Where do you stand?

Thanks to a really odd phenomenon dubbed “the cheerleader effect,” you can actually appear more attractive by just being in a group. Science says this is because “a group’s physical attractiveness is greater than the average attractiveness of its members.” Strange, yes, but true.

In addition to looking more attractive by rolling deep with your friends, the body language you use within your group of friends also has the power to attract a partner. Chris Ulrich, senior instructor at the Body Language Institute, revealed in an interview with Glamour that you should try to place yourself in the middle of your squad. If you’re looking to attract a guy, that is. “It’s a way of framing yourself,” he explained. “It literally comes across like you’re center of attention.” Because our eyes will naturally be drawn to the center of a scene, why not, as Ulrich said, “make the most of it”?

Ten-man traveller gang behind 200 burglaries who stole luxury cars, guns and even DOGS jailed for 71 years

What's It Really Like to Eat at SUR From 'Vanderpump Rules?' – The Cheat Sheet
World News