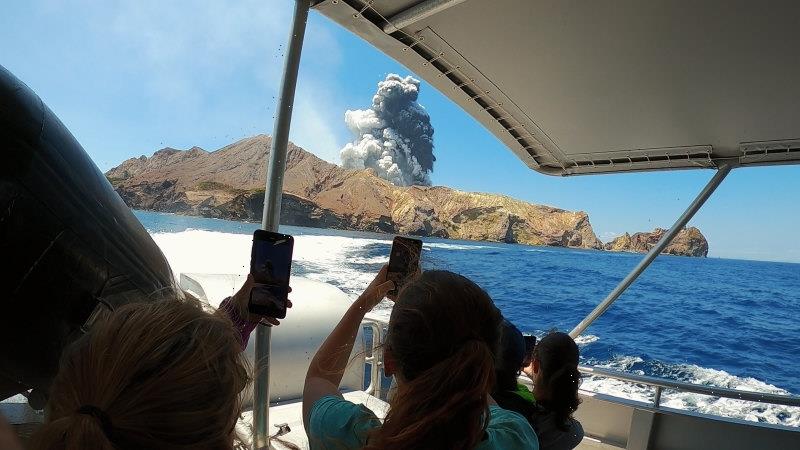 It is three years since the eruption of the volcano known by New Zealand’s Maori as Whakaari and christened White Island by Captain Cook. That’s a respectable enough time to allow for this documentary chock-full of survivors, witnesses and rescuers to emerge. But it’s clear the pain of that day lingers powerfully for those who were caught up in it.

The explosion and its aftermath left 22 people dead. And for some of the subjects in this compelling feature-length documentary, a reckoning has yet to be carried out. 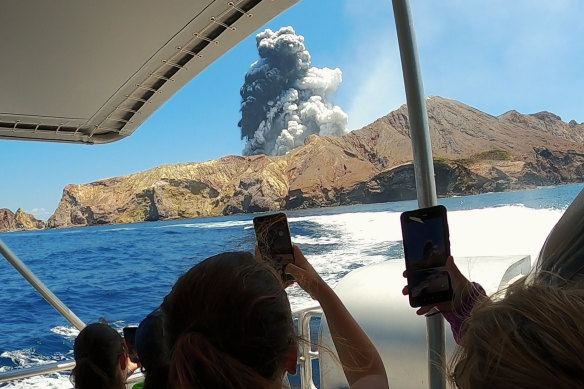 The documentary The Volcano: Escape From Whakaari recounts the horrors of December 9, 2019.Credit:Netflix

“They made it sound exciting,” says American tourist Matt Urey of the organised tour he and his new wife Lauren took to the island. “They didn’t make it sound dangerous.”

“I still love the risk,” says Australian adrenaline junkie Jesse Langford, whose sister and parents died on the island (he suffered massive burns). “But ‘calculated’ risk is the word that needs to be said.”

The idea that someone needs to be held to account for what happened is, it seems, shared by the filmmakers too (director Rory Kennedy and writers Mark Bailey and Dallas Brennan, working from an article in Outside magazine by Alex Perry). As the film comes to a close, a title card notes that “no party or individual has accepted responsibility for the injuries sustained and lives lost”. 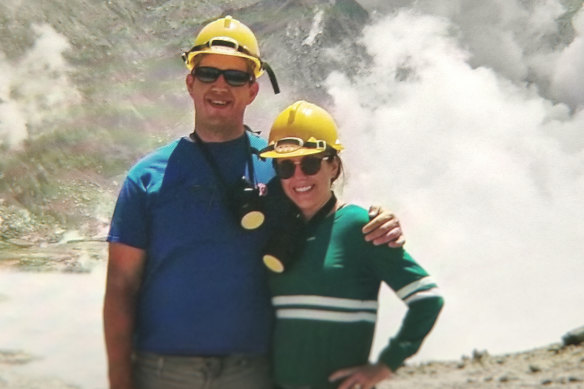 Americans Matt and Lauren Urey were on a honeymoon cruise, and visited the island as a day trip.Credit:Netflix

Should they, though? Some activities, like skiing or bungee jumping or skydiving, are inherently risky. Stepping foot on an active volcano would seem to be the very definition of risk (and an enormous buzz, no doubt), whether you’re asked to sign a waiver or not.

New Zealand’s Volcanic Alert Level System grades risk on a scale of 0 to 5. On December 9, 2019, the risk level was calculated at 2, suggesting the possibility of “moderate to heightened” volcanic unrest. But, advises GeoNet (the body that issues the warnings), “it is also possible to have eruptions occur from Level 1. In both cases, Level 1 or 2, it’s possible to go to an eruption with no useful short-term warning.”

There’s much to admire in the way this film captures the beauty of New Zealand, the sense of excitement as the tourists step onto the island for the first time, the way this simmering giant is embedded in the local culture and economy. Footage captured on the day hints at the terror to come, with the steam seeming to grow more dense, the water of the lake more opaque as ash settles and obscures what is meant to be an electric blue surface.

Mobile phone footage even captures the emergence of a dark pillar of cloud, looking, one witness says, like one of Harry Potter’s feared Dementors, that soon blocks out the sky entirely. “It was the darkest thing I’ve ever seen in my life, darker than any night, just pitch black,” says Matt Urey. “It was the most terrifying two minutes of my life.”

The Volcano does a great job of capturing those two minutes of terror, and the lifetime of pain that many will have to endure as a result. But a tragedy doesn’t always need someone to blame; had the film just resisted the urge to look for a scapegoat, it would have been that much better.