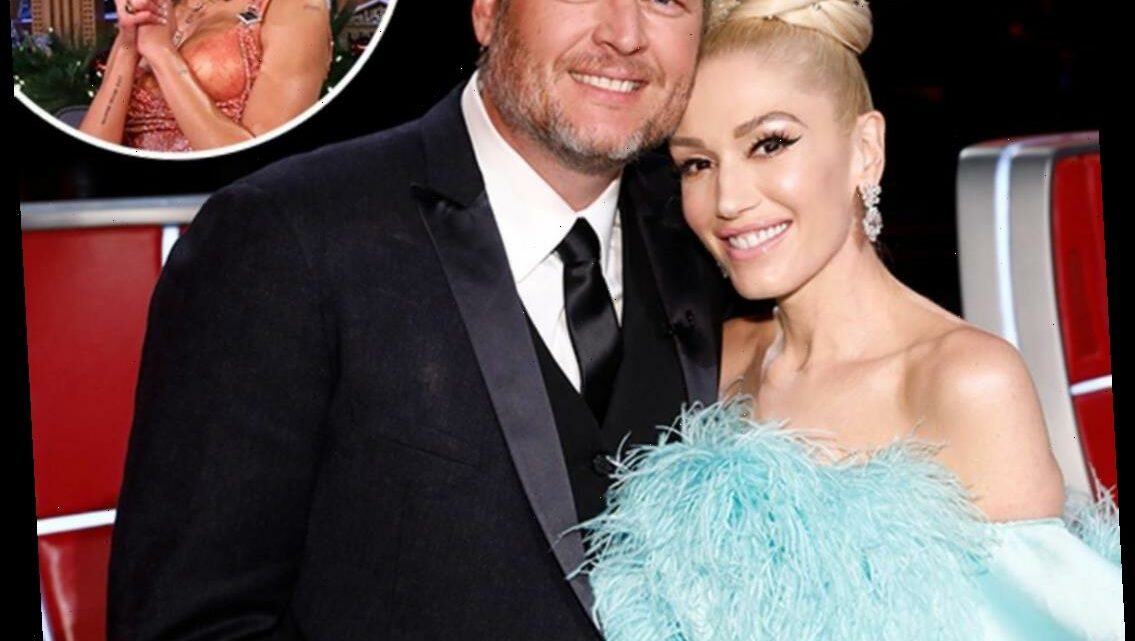 Blake Shelton stopped by The Ellen DeGeneres Show to discuss how he really felt about his haircut and dye job from girlfriend Gwen Stefani. Keep scrolling to see the interview!

During an appearance on The Ellen Show on Monday, Sept. 28, the "God's Country" singer opened up about the ongoing coronavirus pandemic and how he's been spending time in quarantine. During his chat with host Ellen DeGeneres, the country music superstar explained how his recent haircut by girlfriend Gwen Stefani showed him how much grey hair he really has.

As Blake explained, he and Gwen were on Jimmy Fallon's The Tonight Show when he made the discovery. "We were on Jimmy's show and I turned my head to the side at some point and it was—it was no more salt and pepper," he began. "It was just salt."

The 44-year-old country singer said he questioned, "When did this happen to me?" Because he never paid attention to his hair prior to "all the coverage" he and Gwen were receiving from the haircut.

"It's completely white! I'm on television all the time. How do I not see?" the Grammy-winning artist told Ellen. "I look like a game show host all of a sudden."

Blake admitted they ordered Just For Men and "tried that for a while," but confessed he wasn't using it correctly, which resulted in a blue or purple color, so Gwen had to take over and do the dye herself. A girlfriend's duties are never done.

"I'm not opposed to having her color my hair again," he added. "If it makes her happy I'm cool with it."

Inside Vanessa Bryant's World Since Losing Kobe and Gianna

Blake also discussed his latest duet with the former No Doubt member, their single "Happy Anywhere," which was released in July 2020. The music video featured five years' worth of video content from Gwen's phone, which her brother Todd Stefani edited together.

"It ends up being maybe my favorite video I've ever had," Blake said. "It's just so honest and real."

As for his plans for the rest of the year, The Voice coach told Ellen, "2020 sucks and I refuse to spend another minute of it sober."