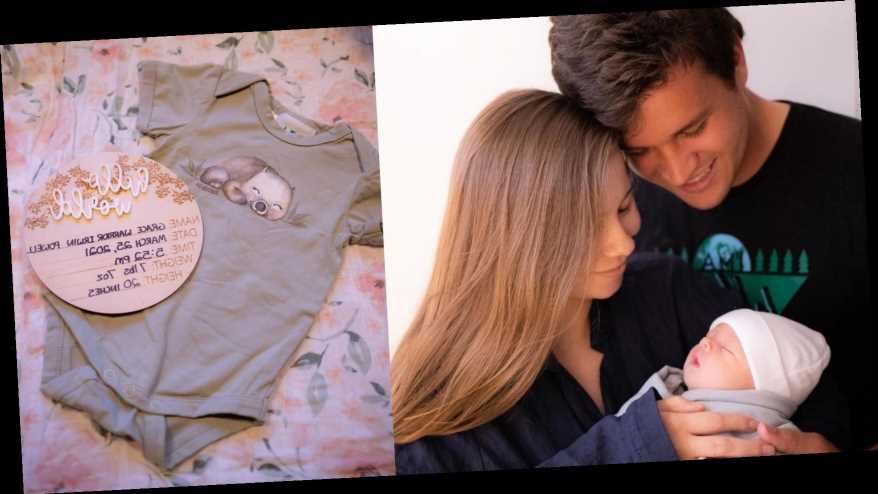 On Friday, Bindi Irwin and Chandler Powell officially became parents as the couple welcomed their first child in a private hospital room. The pair were joined by their new daughter Grace Warrior Irwin Powell in the luxury maternity suite of the Queensland-based Buderim Hospital.

The 24 year old Chandler and his 22 year old bride were overjoyed with the experience as baby Grace came into the world at one of the most fitting times imaginable – on the couple’s one year wedding anniversary. The accommodations were the stuff of legends as the private room they sat in during the delivery was spacious and beautiful, complete with a double bed, private suite, refrigerator, and sound system.

REALTED: Beyoncé Built A $1 Million Maternity Ward In Her House And 14 Other Pregnant Celebs Who Had Home Births

In the social media age, fans were brought right into their world through a long Instagram post which announced their new addition while explaining to the world that her unique middle name, “Warrior”, is an homage to Bindi’s late Crocodile Hunting father, Steve Irwin. It was the fabled Croc tamer who coined the phrase “Wildlife Warrior”. In her post, Bindi penned, “March 25, 2021. Celebrating the two loves of my life. Happy first wedding anniversary to my sweetheart husband and day of birth to our beautiful daughter. Our graceful warrior is the most beautiful light. Grace is named after my great-grandmother, and relatives in Chandler’s family dating back to the 1700s. Her middle names, Warrior Irwin, are a tribute to my dad and his legacy as the most incredible Wildlife Warrior. Her last name is Powell and she already has such a kind soul just like her dad.”

The post included an image of the new mother and father cradling their Warrior daughter in a blanket. The scene was one that most fans knew that the late Steve Irwin would have been beaming with pride over. Irwin’s tragic demise in 2006 left many heartbroken but the glimpse of his family’s next two generations are enough to fill any heart with joy.

Bindi and Chandler, both animal lovers, first met back in 2013. At the time, Chanlder, a former American former wakeboarder, took a guided tour of the Australia Zoo in Queensland. It was there that the two first laid eyes on each other and, to quote her famous dad, “Crikey” it was love at first sight.

Last March, just as COVID was taking over the world, the two stood defiantly together and joined forces as a family when they were married at a surprise Australia Zoo ceremony at Australia Zoo.

Pharrell Williams Mourns Cousin Who Was Shot by Police in Virginia