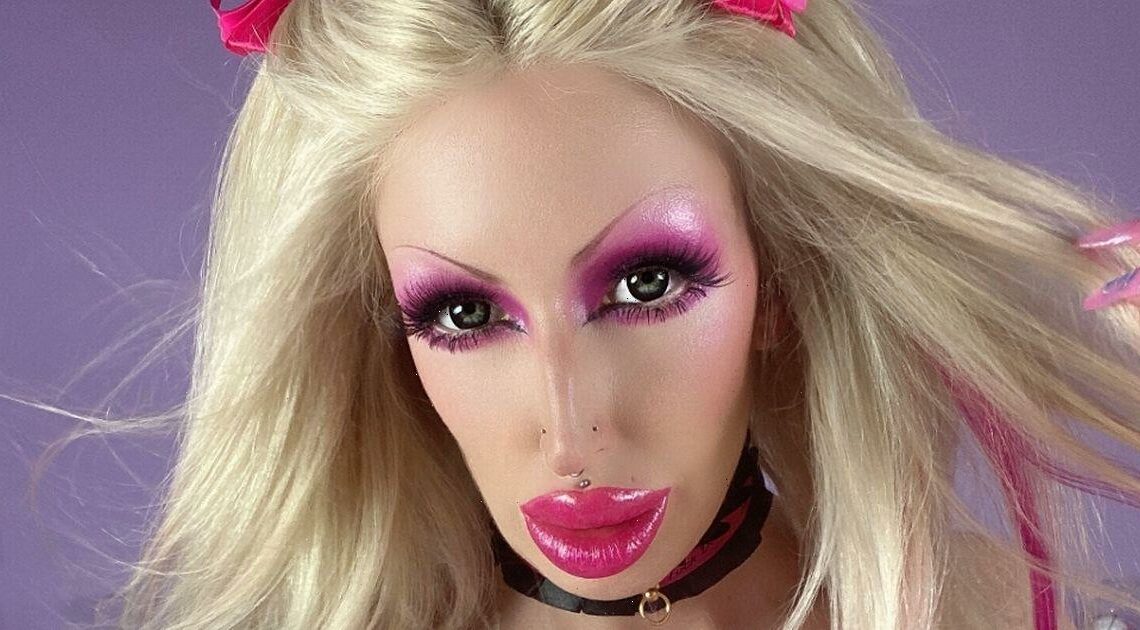 Babygirl Lune, whose real name is Rebecca Downey, has always been drawn to the more feminine things in life.

The 31-year-old, from London, said her inspiration began with Barbies and Pamela Anderson.

She loved how they looked and knew when she grew up she wanted to be sexy just like the Playboy bombshell.

But Babygirl Lune, who has probably put over 300cc in her lips, is often accused of being transgender.

Plastic living is now a full-time lifestyle for Babygirl Lune and keeping up appearances can be expensive.

Unfortunately, an extreme lifestyle is not without its persecutors.

Trolls accuse Lune of being transgender, but these comments aren't true although she supports so-called "trans bimbos".

She said: "I'm someone who has always valued being true to myself and living authentically.

"I'm very lucky to have such a supportive family but I have never let anyone else's opinions stop me from being true to myself."

She added: "I've always loved hyperfemininity, growing up in the 90s meant that I was aware of beautiful women who were unashamed to be sexy.

"I always adored Pamela Anderson in Baywatch and of course adored my Barbies.

"I've always had a strong style, in my teen years I was more goth, then I mainly wore Japanese lolita fashion so I was already hyperfeminine albeit in a much more chaste way.

"I'd always admired women who were confident in their sexuality but only gained the confidence to express myself in this way after embracing the bimbo lifestyle."

The lifestyle is a lot of work and that's something to keep in mind when considering it.

She admitted: "I've had two breast augmentations, lip fillers for the past seven years, cheek filler, jaw filler and Botox.

"In my daily life I also use corset training as a way to continue to modify myself into the bimbo I want to be.

"Obviously my surgeries were the most expensive part, but my constant upkeep of fillers and Botox, as well as my wardrobe, makeup and corsets mean that I have completely lost track.

"I first started actively pursuing my bimbofication around three years ago. For me, bimbofication is a journey, there will always be new things I want to try or add."

Babygirl Lune has been getting piercings since her mid-teens and went for her first tattoo at the age of 18.

As for lip fillers, she began at 24 and has been getting them done at least twice a year since.

The influencer receives a lot of support from her family and friends – even if the online community isn't as kind.

Giving others advice, she concluded: "If this lifestyle is for you just be true to yourself and your vision, develop your own style and know that your vision of bimbofication may be different from other peoples.

"You can never please everyone so please yourself. Also be aware that it is a long term commitment, you don't just put on pink and become a bimbo."

Crime hits an all-time high as 6.5m are recorded in just one year
World News