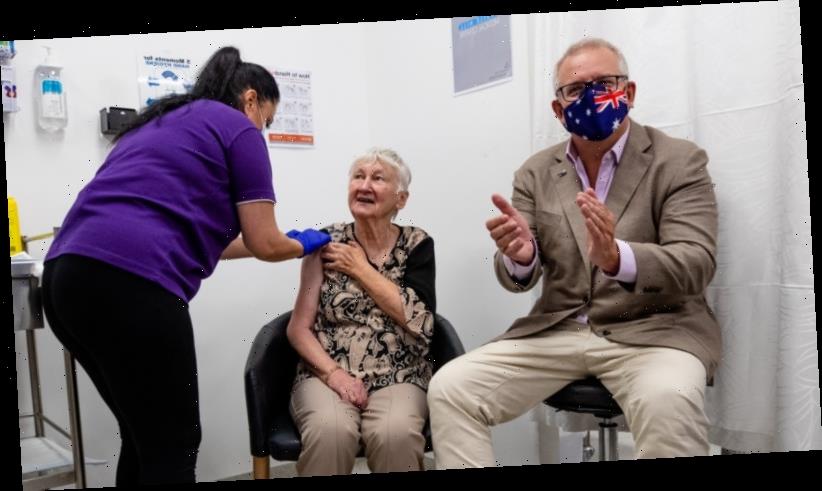 State border closures and interstate quarantine regimes could be a thing of the past within weeks as the vaccine rollout begins to protect the country’s most vulnerable from COVID-19.

As aged care resident Jane Malysiak, 84, became the first person in Australia to be vaccinated against the coronavirus, the Prime Minister – who also got his COVID-19 shot at Castle Hill on Sunday – expressed hope that the rollout would help remove the need for repeated state border closures in response to outbreaks. 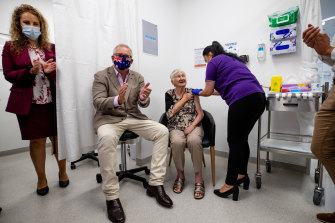 Dr Young said once all the people within phase 1a had received their vaccines, which is expected to take four to six weeks in Queensland, the need for border closures would dramatically reduce.

“I mean, it won’t be day one, it won’t change anything tomorrow morning, but of course as we have got more people vaccinated, it will change how we manage things,” she said on Sunday.

Mr Morrison agreed vaccinating the high-risk groups first would reduce the need for state border closures or lockdowns in the future.

“This changes how we manage the risk of COVID going forward. This today is the beginning of a big game-changer,” he said.

“I encourage all Australians when your turn comes, as some of us have been privileged enough to do today, to take that opportunity to line up and get one of those vaccines that’s going to protect you, your families, and the whole of Australia,” Professor Kelly said.

NSW Premier Gladys Berejiklian has always maintained a preference for keeping borders open. On Friday, she said people would need to stick to the public health rules, but acknowledged the vaccines would “change the way in which we live with COVID”.

But Victoria’s Minister for Innovation and Medical Research Jaala Pulford warned Australians should “not get carried away with our optimism” on the impact the vaccination program would have on lifting coronavirus restrictions, saying on Sunday that it would take many months before the population is inoculated.

Victorians are still subject to restrictions on entry into South Australia, Western Australia and the Australian Capital Territory after an outbreak escaped from a Melbourne quarantine hotel into the broader community, sending the state into a snap five-day lockdown last week, from which it emerged on Thursday.

“There are more than 6 million people that live in Victoria and we’re talking about 12,000 doses in the first week,” Ms Pulford said on Sunday.

“It is an exciting milestone and tomorrow will be a really positive day for the community but it’s going to take quite some time … for the Australian population to be vaccinated.

“We continue to take our advice on restrictions, whether social and personal restrictions … from the health experts as we have done the whole time.”

It is the second day in a row the country has had no community cases, after Victoria reported three local cases connected to Melbourne’s Holiday Inn hotel quarantine cluster on Friday.

Health Minister Greg Hunt said there had been no locally acquired cases of the virus for four of the past five days. NSW has marked five consecutive weeks of no community cases.

This week tens of thousands of Australians will begin to receive their vaccinations.

Monday marks the beginning of phase 1a of the vaccine program. It will begin with an army of nurses delivering 30,000 vaccines to aged care residents across 240 facilities in 190 towns. At the same time, 50,000 vaccines for border, quarantine and frontline health workers will be administered in 16 hospital hubs.

Vaccinating the more than 600,000 people in that phase is expected to take about six weeks.

From late March, phase 1b begins, involving 6 million Australians. That phase will focus on those aged over 80 and then those aged between 70 and 79; other healthcare workers, Aboriginal and Torres Strait Islander people aged over 55, and people who are immuno-suppressed.

Phase 2a, starting near the middle of the year, will include adults aged over 50, all other Aboriginal and Torres Strait Islander adults, and other critical and high-risk workers.

Phase 2b includes the rest of the adult population, and everyone is expected to receive at least their first dose by October.

Some people will receive the Pfizer vaccine, while the majority of Australians will get the AstraZeneca vaccine, approved by the medical regulator last week.

Federal opposition leader Anthony Albanese will receive his first dose during the week, and Greens leader Adam Bandt has been invited to do the same.

‘The Good Doctor’: Lea Takes Center Stage and a Staffer Leaves the Team