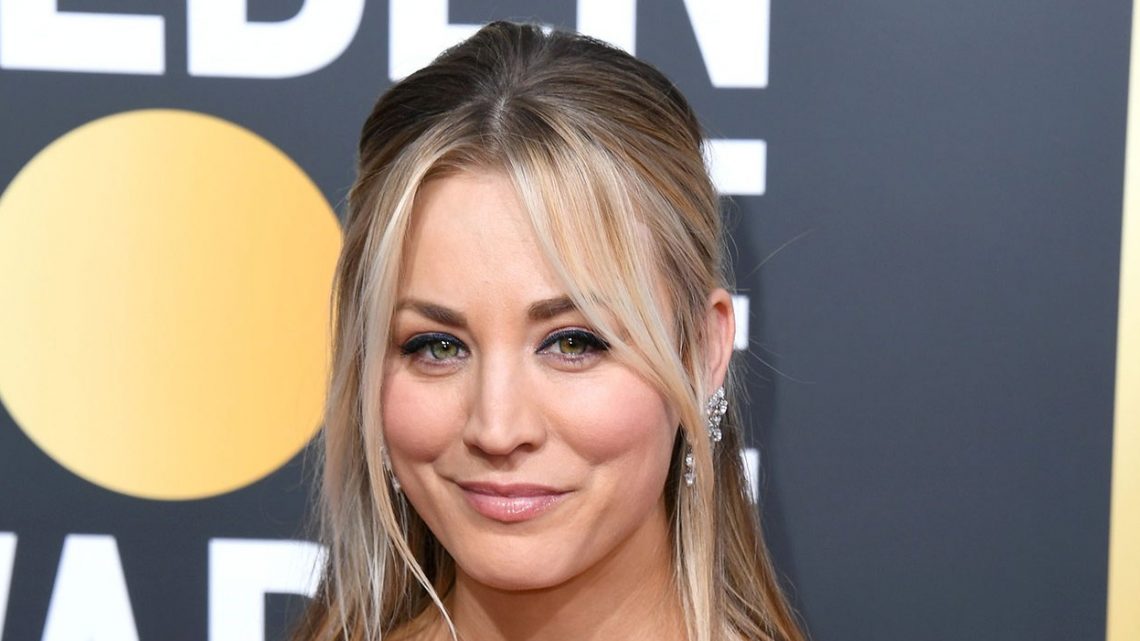 “It’s a piece of art on the door of two robots,” she told Us Weekly and other reporters on Thursday, February 7, while on the set of the show for the Television Critics Association winter press tour. The art she’s speaking of has hung in Leonard (Johnny Galecki Opens a New Window. ) and Sheldon’s (Jim Parsons Opens a New Window. ) apartment since the show began in 2007.

“It’s kind of a little bit of a personal story between [executive producer] Steve Molario and I, but we have a connection over it and he has the original; he had that made for Big Bang,” Cuoco, 33, noted. “Steve and I have always had a really sweet relationship and it’s just something that we both love so much. I’ve looked at for 12 years. It’s always in my eye line from where I sit in the living room set, so I’m glad I’m going to put it in my own living room, so I’ll see it forever.”

She added: “A lot of people want a lot of things. So I’ve already marked that one. It looks super random and weird, but it’s overly special to me!”

“These last few episodes have been really heartbreaking,” the Yes, Norman Productions founder admitted. “This has been a huge team effort. You only see the cast. You don’t see everything that goes on. You don’t hear about the writers that are busting their asses and the crew and everything. And it’s just … there’s a reason why we’ve gotten to this point.”

On Thursday, Warner Bros. announced that Stage 25, where the series has shot all of its episodes (279 when the show wraps in May), will be officially renamed as The Big Bang Theory Stage.

While sad, Cuoco has come to terms with the sitcom ending. “I would have done 20 more seasons,” she said. “It’s a magical place, but life has to go on. It feels good to go out on top.”

The Big Bang Theory airs on CBS Thursdays at 8 p.m. ET. The finale will air in May.

With reporting by Amanda Champagne

Billy McFarland Nailed for $2.8 Million in Lawsuit Over Fyre Festival

Russia says it is ready for talks with Netherlands on MH17: Ifax
World News