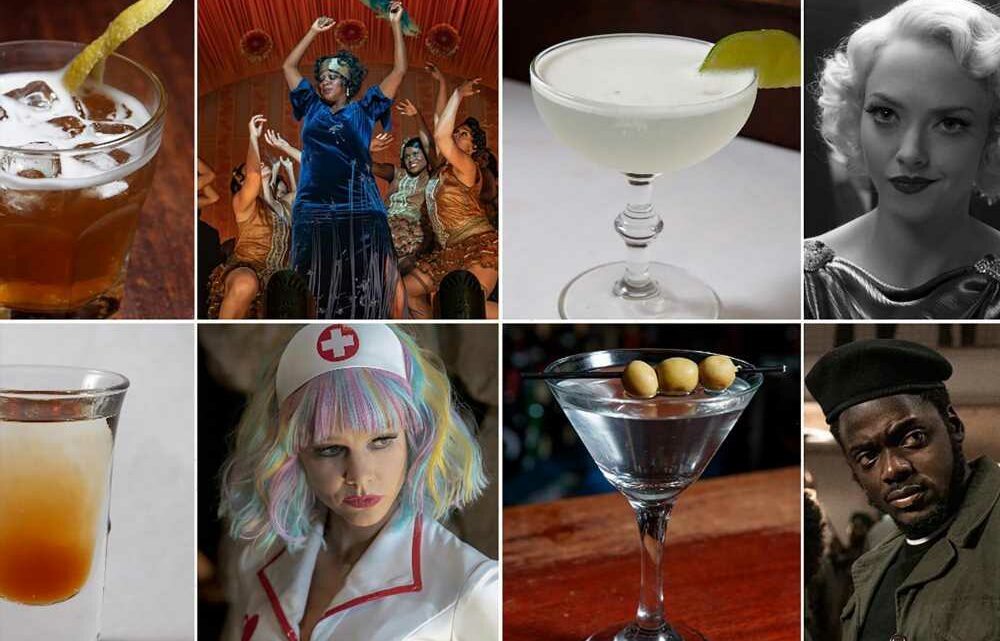 How Joan Crawford became a boozy, shameless Oscars legend in bed 75 years ago

Oscars so dead: Here’s how the Academy could revive critical awards shows

Monte’s Trattoria is a Greenwich Village institution that’s been serving the same classic Italian food for a century, but nine years ago the Mosconi family owned restaurant added something new to its menu: an annual Oscars party.

The idea came up at the bar late one night, when regulars John Bennett and “Dr. Mike” were giving general manager Peter Mosconi an earful about the movies.

“So Peter said, ‘If you like the Oscars so much, we should have a party,’” Dr. Mike, who declined to share his last name for privacy reasons, told The Post. “He said, ‘I put you in charge.’”

Accepting the challenge, Dr. Mike and Bennett hosted Monte’s first Oscar fête in 2013. About 20 regulars donned tuxedos and evening gowns and gathered to watch the Oscars telecast projected on one of the restaurant’s walls. Party-goers sipped movie-inspired cocktails and enjoyed a sumptuous feast prepared by chef Pietro Mosconi, Peter’s father, but the event really took off in Year 2, when guests dressed like gangsters and flappers to match a “Great Gatsby” motif, inspired by the Leonardo DiCaprio film.

“It just became a thing,” Dr. Mike said. “And the party got bigger and bigger.”

Each year the party has a different theme (whether a celebration of Truman Capote’s Black and White Ball one year or “Sex in Cinema” another), but its traditions remain:  Guests are met on the “red carpet” by a cheeky Dr. Mike asking about attire or favorite films, with cocktail hour and dinner to follow. Fun movie quizzes happen throughout the evening while guests indulge in free-flowing cocktails inspired by the year’s Best Picture nominees.

For dessert, everyone enjoys Pietro’s homemade cookies, Oscar-shaped statuettes caked in edible gold glitter. As for the lucky person who wins the party’s movie pool, he or she takes home a “chocolate Oscar” from nearby Li-Lac chocolatier and a gift certificate for a return trip to Monte’s.

“I think of our party as an Oscar version of the Golden Globes, where people are drunk when they make their speeches,” Dr. Mike said, laughing.

One of the cinematic soirée’s attendees is Tony-award winning Broadway producer Irene Gandy, a Greenwich Village resident for nearly 50 years and a Monte’s regular.

“I just had a freakin’ good time,” the glamorous Gandy said of her first time at the party.  “I could see the love we all have for each other in this neighborhood.”

John Bennett eats at Monte’s three to five times a week and would never miss the event.

The 2020 party went off without a hitch because it happened last February, before COVID-19 struck the city. But the months since then have been difficult. At various times Monte’s has been closed, limited to outdoor dining only or open just for delivery. The staff (many of whom have been at Monte’s for decades) have struggled. Two employees came down with COVID and a third died from it.

That’s why everyone is so looking forward to Monte’s ninth annual Oscar gala this Sunday. It will be all about rebirth, with a theme of “Spring Awakening” and a color palette of pink, rose, lilac and gold. The night’s specialty drinks — which you can make at home (see below) — include The Desert Rendezvous: a nod to a moment in Best Picture front-runner “Nomadland” when Frances McDormand offers her fellow road traveler a beer in a gesture of camaraderie (the “cocktail” is actually a can of Peroni Nastro, served with or without a glass).

Pandemic-era concessions will be made, of course, with guests wearing masks and social-distancing rules still in effect. Attendees also won’t be able to congregate at the bar like normal, while Dr. Mike’s “red carpet” interviews will happen tableside.

“We’re all looking forward to it. Everybody’s been cooped in and cooped up, and it’s time to take the tuxedos and evening gowns out of mothballs again.”

Each year, the Monte’s Oscar gala creates cocktails inspired by some of the year’s Best Picture nominees.

If you’re not able to attend this year’s exclusive Oscars party at Monte’s – tickets are limited to restaurant regulars and returning attendees – go ahead and enjoy their festive drinks from home.

With a nod to Carey Mulligan’s vengeful nurse in “Promising Young Woman,” this version of the mind-eraser will knock you out.

Serve in a shot glass with high hopes.

Recognizing the music at the heart of “Ma Rainey’s Black Bottom” – as well as the Pixar film “Soul,” which may well win the Oscar for Best Animated Feature – this Sazerac will warm the soul as well as the belly.

Serve in a lowball glass and garnish with a lemon peel.

The Shaka, Not Stirred

Celebrating Shaka King, director of “Judas and the Black Messiah,” this martini will help overcome any personal betrayals you suffer.

Serve in a martini glass and garnish with “Queen” (green) olives.

In honor of David Fincher, director of a “Mank” awash in alcohol, this daiquiri allows one to both imbibe and remain creative.

Serve in a coupe glass and garnish with a lime peel.

Acknowledging the hard times at the heart of Aaron Sorkin’s “The Trial of the Chicago 7,” this bourbon sour should settle the nerves.

Serve in a lowball glass and garnish with an orange slice and cherry.