Home » Lifestyle » Before you slam women's rugby as 'rubbish', remember we have it harder than men 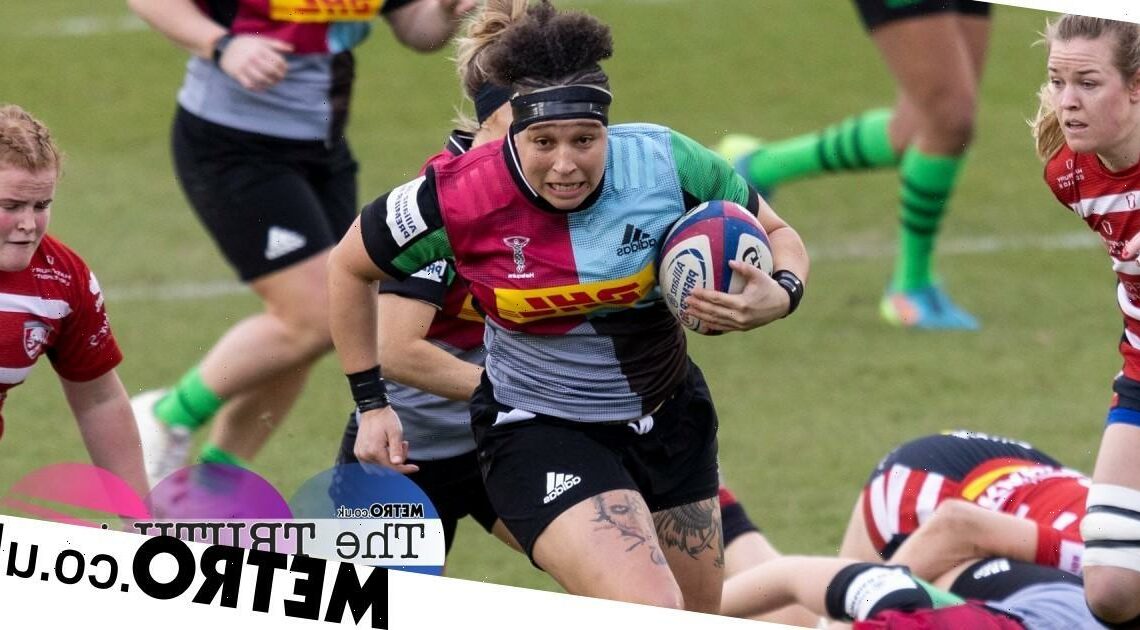 Before you slam women's rugby as 'rubbish', remember we have it harder than men

It’s not everyone who would go to an England international as their first ever rugby game, already aged 25, and declare to their mum that they could compete at that level one day.

Mum, my biggest fan, told me to make it happen – and that’s what I’ve done.

My bold prediction was in March 2016, and I had barely got my rugby journey started, playing part-time for a local amateur team, Medway RFC.

I was just getting to grips with the switch from individual sports to a team one, having competed in the Commonwealth Games as a hammer thrower.

I had thought my athletics career was over following Glasgow 2014, when I decided to step away from sports as a full-time preoccupation.

As an elite athlete, your entire life is dominated by sports.

It has to become an obsession and occupy your thoughts – I wanted to apply myself to my career and not spend all my free time consumed by my training schedule.

That lasted a fortnight.

I had no idea how people did ‘normal jobs’ – I was bored at home after my job as a commercial driver and trying to fill time.

So, on the advice of my rugby-obsessed athletic coach, I joined my local club in Kent, reckoning that the twice-weekly training would help fill the gaping holes in my schedule. 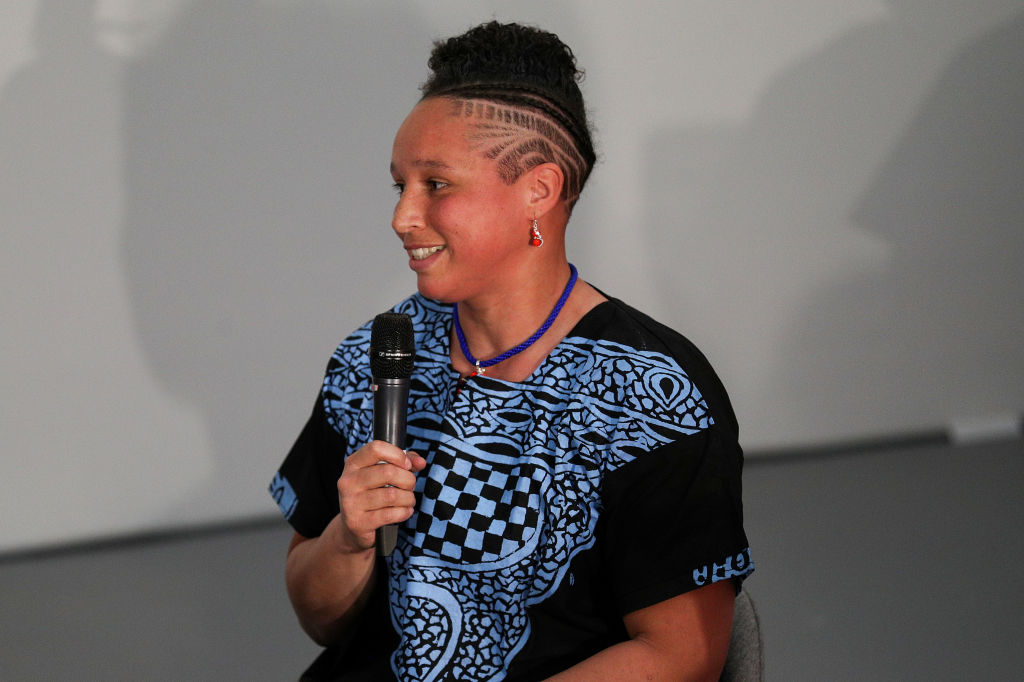 I didn’t know a huge amount about the sport, but John Hillier, my athletics coach, talked about rugby non-stop, and encouraged me to get involved.

Even at that level of the game, our struggles compared to male players were apparent, our schedules operated around when coaches and resources were available.

There wasn’t a proper scouting system in place to bring players from amateur to county to professional level.

I had soon made that jump though.

After winning the league with Medway and eventually being asked to trial with the county, I began making the 132 mile round trip from my home in Kent to the Surrey Sports Park – when my local top-level team, Aylesford Bulls, merged with Harlequins Women in 2017.

Five years on, Harlequins are still the nearest club to me, and when I think about those trips I’m reminded of the sacrifice that myself and my teammates made, and still make, to get to where we are.

After impressing with my club form, I was called up for the England team in November 2017, 18 months on from attending my first match as a spectator.

In just a few years I’ve gone on to win three successive Six Nations championships with England, and was named ‘player of the match’ when helping Harlequins to win the Premier 15s title last year.

I don’t get irked too easily, but it does rile me a little when people talk about how ‘lucky’ I am to have played at the level I have or enjoy the career I’ve had to date.

I don’t think that people would tell men’s players like Kyle Sinckler how lucky he is to play for his country.

So often I am left to wonder whether male players are faced with the same requests made of my time.

Clubs, businesses, schools, and events often think nothing of asking me to appear to talk or share my expertise as an elite athlete for free.

There’s an assumption that we have unlimited free time, but at club level we still train in the evenings and the vast majority of club players still have full-time jobs or as students.

I temporarily left my most recent job as a firefighter to take up a full-time contract with the Rugby Football Union (RFU), but even in the England squad we have some part-time players.

But these are the types of difficult conversations I want to keep having as I try and help grow the women’s game.

I want to encourage more and more players to get involved, but it’s my responsibility to not only be honest with them about the challenges they will face, but to be honest with those in positions of power at clubs and in governing bodies.

Sometimes the dressing rooms will be no good because you’re playing at an amateur sports ground, sometimes you might be short of players, you might train for three hours a week when male players train three hours a day as they are mostly full-time while we have to accommodate part-time players.

As women, we’re sometimes guilty of pretending everything’s OK, that it could always be worse, but it’s our duty to educate potential players and those involved in the game, and think of every moment as a teaching one for us, and a learning moment for those in rugby who are ignorant of the significant hurdles female players have to overcome.

Sometimes even the male players at our clubs don’t know about our challenges, or that our schedules tend to revolve around theirs, so it seems almost natural that the average fan or community club chair wouldn’t know.

But, it’s something I want more people to be aware of – especially when considering not just what women go through to get to the top of the game, but when critiquing the games themselves.

With England, we are now used to a level of success, and we welcome the pressure that comes with that.

Too often, though, you hear loud complaints about the standard of women’s games, bemoaning missed tackles and errant passes.

I wish those talking about ‘rubbish’ women’s rugby games stopped just for a second to consider that some of those playing might have just finished a 40-hour work week before playing.

It’s why I’m so glad to be part of No Woman, No Try, a new documentary on Amazon Prime Video that showcases exactly what the challenges are in the women’s game, through the eyes of myself and other players.

When the director, Victoria Rush, slid into my DMs, I had no idea that her idea for a film might blossom into this.

Her inspiration came from the ‘I Care’ campaign around women’s sport I had been involved in, and an infamous mistake by kitmaker Canterbury, who used models instead of female players to advertise an Ireland kit.

She chose me because I have been and still am, very vocal about the issues we face.

I knew we had a story to tell, and some difficult home truths to confront – but I didn’t believe we might have got to the stage where we were featured on a massive streaming service.

Victoria did though, I reckon – and in that way I guess she’s just like me watching an England game and declaring I would one day play for my country – she saw her ultimate goal of getting a huge platform for her documentary and went for it.

She’s been around the game for a long time, and she knew just how to tell our stories in a way that grabs an audience.

This year, I hope to join England at the World Cup in New Zealand – a long way from turning up with my mum to a training session.

But whether you are introduced to my story through that tournament, this article, or the documentary – if you’re talking about women’s rugby, and talking about how far we’ve come and how much we still need to do – then I’ve done something right.

You can watch No Woman No Try on Amazon Prime now

Metro.co.uk’s weekly The Truth Is… series seeks to explore anything and everything when it comes to life’s unspoken truths and long-held secrets. Contributors will challenge popular misconceptions on a topic close to their hearts, confess to a deeply personal secret, or reveal their wisdom from experience – good and bad – when it comes to romance or family relationships.