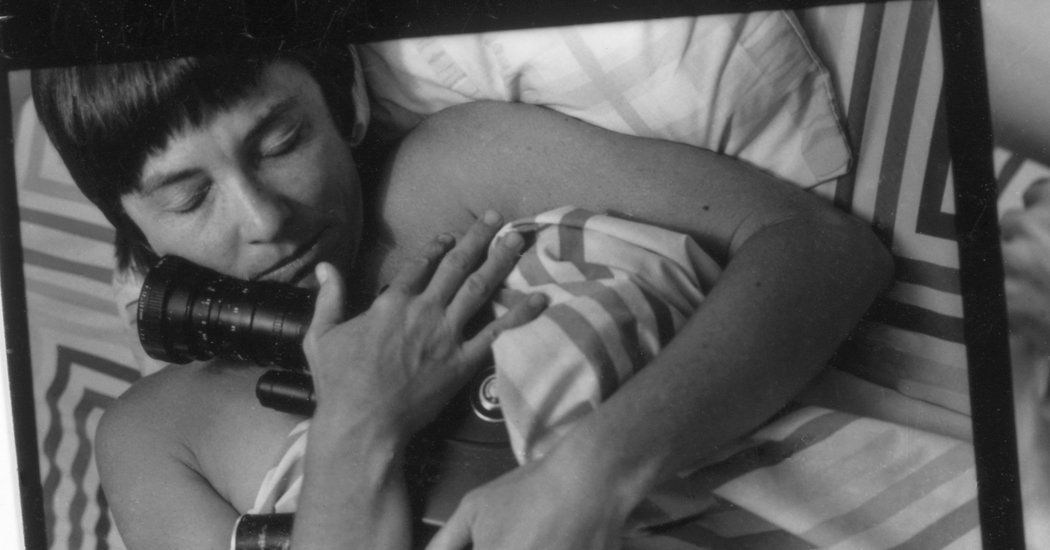 Barbara Hammer, an experimental filmmaker who began celebrating lesbian sexuality and history in her work in the 1970s, and who in her last years turned her battle against cancer into cinematic art, died on Saturday in her partner’s home in Manhattan. She was 79.

Florrie Burke, her partner, said the cause was endometrioid ovarian cancer.

Ms. Hammer’s filmmaking took a radical turn in 1970 when she came out as a lesbian. She was 30 and divorced from her husband when her first female lover helped her rediscover herself.

Beside her lover at Ms. Hammer’s home in Santa Rosa, Calif., she recalled, “I became a lesbian.”

Her epiphany catapulted her into directing films that let her explore her life and those of other lesbians decades before the legalization of same-sex marriage and other L.G.B.T. civil rights milestones. 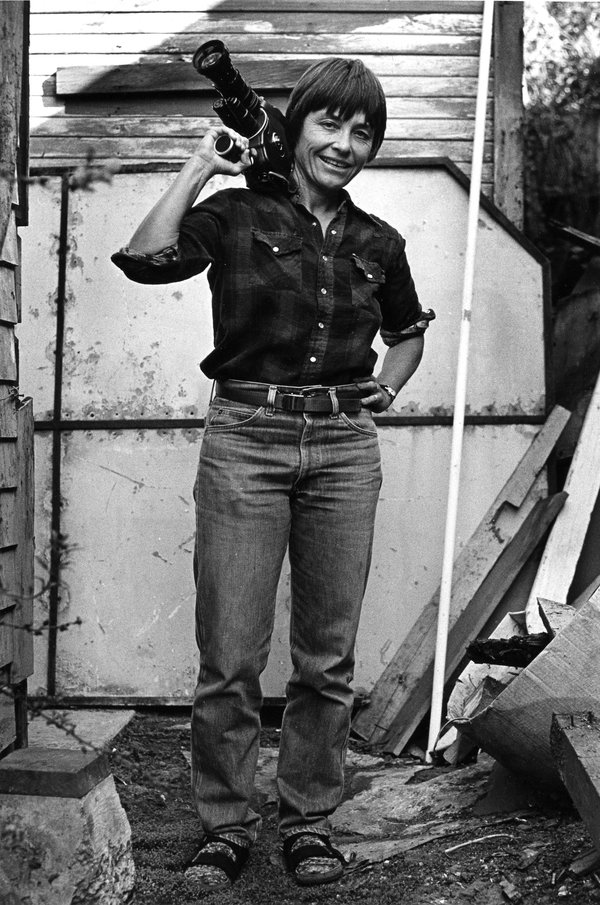 “One of my goals was to put a lesbian on camera — on film — in the 20th century and now into the 21st century, because when I began there weren’t any that I could find,” she told Nomorepotlucks, an online art, culture and politics journal, in a 2009 interview.

Over the next 40 years she made dozens of films and videos. Working mostly with eight-millimeter, Super 8 and 16-millimeter film, Ms. Hammer produced and directed essaylike films and documentaries, often abstract and devoid of traditional narrative structure, ranging from a few minutes long to feature length.

“Hammer strives in her films for a new visual language, a new way of presenting images that disrobes the conventions of the straight realm and reimagines the garb of our queer world in all its underground pathos, sexuality, playfulness and positively perverse gaze,” the poet Janlori Goldman wrote on the website of the Leslie-Lohman Museum of Gay and Lesbian Art in Manhattan in 2017, when the museum held an exhibition of Ms. Hammer’s work.

Ms. Hammer delved into lesbian history and culture through the stories of artists like the photographer Alice Austen (in the documentary “The Female Closet”) and the poet Elizabeth Bishop (“Welcome to This House”). She explored menstruation (“Menses”), coverage of the AIDS epidemic (“Snow Job”) and how women view their sexuality compared with male images of women and sex (“No No Nooky T.V.”).

Not all her films were about lesbianism or sexuality. Her subjects also included women in the Korean Islands who dive for shellfish (“Diving Women of Jeju-do”); the artists Henri Matisse and Henri Bonnard’s work during World War II (“Resisting Paradise”); and the fragility of the human body as seen through X-rays (“Sanctus”).

But, she told the Smithsonian archive, “I have never separated my sexuality from my art, even if the film has nothing to do with lesbian representation.”

Barbara Jean Hammer was born on May 15, 1939, in Los Angeles and grew up in nearby Inglewood. Her father, John, owned a gas station, and her mother, Marian (Kusz) Hammer, was a secretary.

Barbara studied psychology at the University of California, Los Angeles, and married Clayton Ward a day after her graduation. They stayed married for nine years before she left him and came out.

She earned a master’s degree in English literature from San Francisco State College (now University) and began painting in acrylics. But by the time she earned honorable mention for an early film, “Schizy” (1968), at a Super 8 film festival in Sonoma County, she had turned her attention to moviemaking.

“The experience of watching it projected with an audience was incredible,” she said in 1990 in an interview for Art Papers magazine. “The film was larger than any canvas I’d painted, and the audience was captured by the darkness and direction of light to watch my work in a way no one had looked at my paintings.

But it would take a few more years, until she was studying film history at San Francisco State (where she earned her second master’s), that she recognized what she might contribute as a female moviemaker. She had watched “Meshes of the Afternoon” (1943), a short experimental film written and co-directed by Maya Deren.

“I knew there was room for a woman’s vision on the screen,” she said in the Art Papers interview. Her first 16-millimeter film, “I Was/I Am” — in which, she said, “I go through a transformation from a princess to a dyke” — was a homage to Ms. Deren.

Her films, often produced on a shoestring, did not reach a mainstream audience. But she received several honors, including a 2013 Guggenheim Fellowship, which helped finance “Welcome to This House” (2015), her film about Elizabeth Bishop, and three Teddy Awards, for short films about L.G.B.T. subjects, from the Berlin International Film Festival. She also had retrospectives of her work at the Museum of Modern Art in New York and the Tate Modern in London.

In addition to Ms. Burke, a mental health clinician and human rights activist, Ms. Hammer is survived by her sister, Marcia Ebert.

In 2006, Ms. Hammer received a diagnosis of Stage 3 ovarian cancer, which prompted her to make “A Horse Is Not a Metaphor” (2008), an intensely personal film that follows her to chemotherapy sessions that culminate with her remission and then shows her happily riding horses in Wyoming and New Mexico. She unflinchingly shows herself nude, losing her hair and receiving chemotherapy through a port in her abdomen.

A retrospective of her work, “In This Body,” is scheduled to open on June 1 at the Wexner Center for the Arts at Ohio State University. It will feature a three-channel video installation of a new work, “Evidentiary Bodies,” an immersive synthesis of her career and her bouts with cancer. It includes images of her M.R.I. scans projected onto her body.

Jennifer Lange, curator of the film and video studio at the museum, said of Ms. Hammer in a telephone interview: “Her works says, ‘Here is what a female body is: It menstruates, it has various pleasures, it gets old and wrinkly, but it remains incredibly vital, even in illness, with unique sensory and biological systems.’ ”

In recent years Ms. Hammer supported legislation in New York that would let physicians help their terminally ill patients die. (It did not pass.)

“What is it like to die?” she said in an interview with The New Yorker published last month. “Why don’t we know? I try to take notes on it. It is harder to write now. I don’t really feel like going into so many details when pain hits hard, though I kind of feel like I should.”