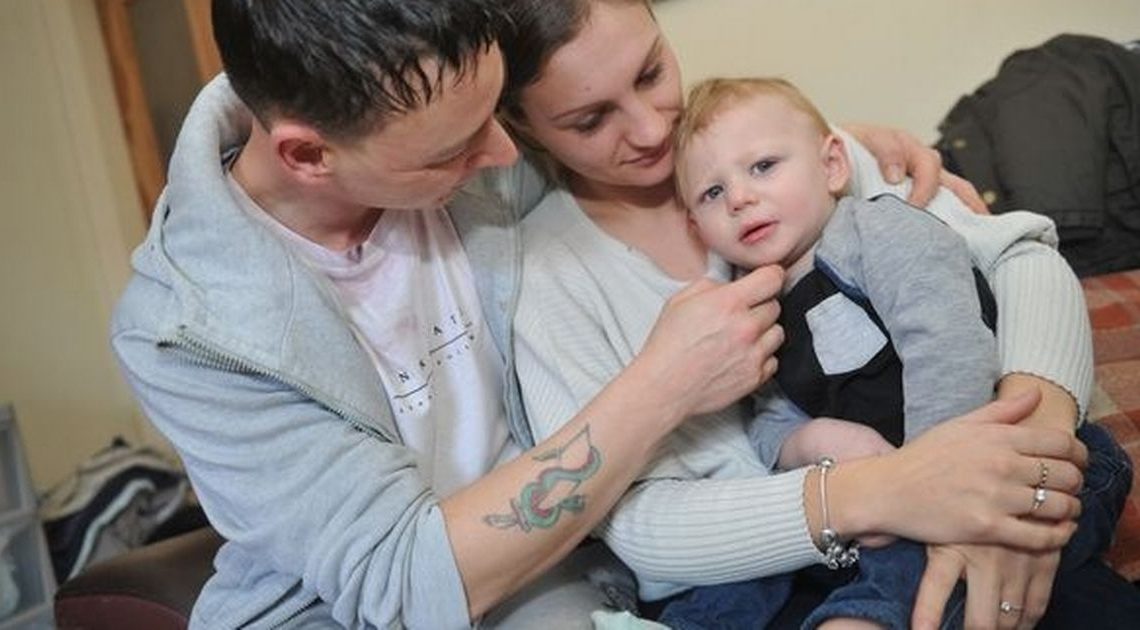 A mum and dad had their baby boy taken off them for nine months due to "an unexplained leg injury" – even though they did nothing wrong.

Lisa Dixon and Andrew Eccles say they have endured a ‘nightmare’ as they fought to get their son Macauley back from social services, amid fears they had deliberately broken his legs.

It took nine months, a police interview, four civil court appearances and two independent doctor reports before they were cleared of any wrongdoing, reports Hull Live .

They were finally able to be reunited with Macauley just before Christmas.

Miss Dixon has spoken of the stress and misery caused by the whole experience. She said: “What happened nearly tore me and Andrew apart. It was even worse for Andrew because he could not see his eight-year-old daughter either.

“It has been absolutely horrendous – really, really hard. I was in care myself so I am familiar with social services but this was still a big shock.

“They just whipped our son away and it felt like they were pointing the finger.

“I knew we had done nothing wrong but I started to question myself. I wondered if I had somehow raised his legs too high when changing his nappy or somehow handled him too roughly.

“I lost my job and my partner almost lost his as well due to the time off we needed.”

The terrible chain of events began in April 2108 when Miss Dixon noticed something was wrong with Macauley.

Miss Dixon, from Hull, said: “I noticed my son could not straighten his leg so we took him to a medical centre and then to Hull Royal Infirmary.

“They took some X-Rays and they eventually found a fracture in one of his legs. As it was an unexplained injury the police and social services were called.

“We believed the injury was caused by an exposed metal bar in the travel cot.

“But doctors felt a lot of force must have caused the injury and felt we could have caused it deliberately.

“They put my son through living hell with endless blood tests every day.”

A couple of days later, social services decided to take Macauley away and he was sent to live with Miss Dixon’s mum, but neither Miss Dixon or Mr Eccles could see him. It was later discovered there was a fracture in his other leg too.

Miss Dixon said: “We did everything we could to prove we did not injure our own child.

“We managed to get two independent doctors to say the injuries could have been inflicted by the travel cot.

“Doctors discovered Macauley had a fracture in his other leg as well. It was odd because there was no swelling or bruising.”

Miss Dixon accepts no chances can be taken with unexplained injuries among children but felt the way she and her partner were treated was unreasonable.

She said: “We felt we were doing the right thing by taking him to hospital but it felt like we were being punished.

“I understand social services have to act in situations like this but there just seemed to be a lot of finger pointing and it made us feeling like terrible parents.

“Macauley is now also terrified of going to the doctors after his experience. He has developed some kind of phobia.”

Despite being a family once more, recovering from the experience has been a slow process.

Miss Dixon said: “We are slowly piecing our lives back together but it has been hard.

“My son has been with my mum for nine months so we are having to try and bond all over again.

"Social services still come round to check on us but we are getting there. It is only now we are starting to return to some kind of normality.

"I just want others to read this and and know you that if you are innocent then you should not give up.”

But Hull City Council, which runs social services in the city, says the priority is always the child in such circumstances.

A spokesman said: “As a local authority we put the welfare of every child at the heart of what we do, and decisions like this are never taken lightly.

“We work closely with our partners across the board to effectively identify children who are most at risk, so we can protect the city’s most vulnerable children.”

The family are now also considering taking action against the manufacturer of the travel cot.