Average shopper to spend £229 in the post-Christmas sales 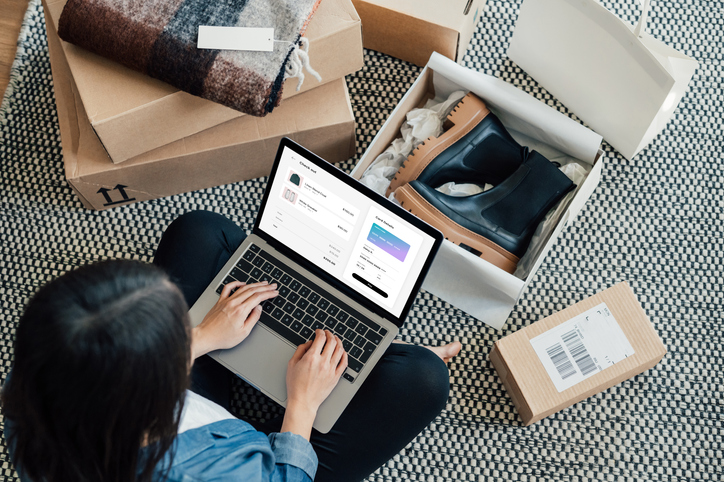 Boxing Day shoppers are set to spend £229 in the sales this year, which is £18 less than in 2021 – as the cost of living crisis tightens purse strings.

New research, from Barclaycard, has revealed the Boxing Day spending habits from 2,000 respondents.

Boxing Day remains the most popular day to start post-Christmas sales shopping, with 47% of people planning to make purchases either online or in store today.

However, some keen shoppers started early – with 48% filling their baskets on Christmas Eve and 38% even starting on Christmas Day.

More than eight in ten resellers plan to capitalise on people looking for unwanted gifts, while 36% of respondents will use this opportunity to pass some time over the festive period.

The buyer market for second-hand products is also growing, with 41% of shoppers browsing reselling platforms over the festive period in a bid to bag a bargain.

‘The increased use of reselling sites this festive period makes perfect sense, and is proof that more Brits are thinking about the environment, as well as facing pressures on their personal finances,’ says Harry Wallop, retail expert and commentator.

‘Given the tough economic backdrop, reselling unwanted items can put a bit of money back into people’s pockets and is a more conscious way to shop.’

Overall, personal technology – such as phones and tablets – is most popular among sale shoppers. On the other hand, homeware and beauty items are on the decline – with only 15% buying the latter this year.

According to the survey, consumers also plan to shop more ‘mindfully’ this Boxing Day – with half of those responded saying they will buy fewer plastic-based goods this year.

One in two shoppers also plan to reduce the number of fast fashion purchases compared to last year, while two in five will shop in person to reduce the carbon footprint of their purchases.

However, with the cost of living crisis, four in ten shoppers are planning to spend less than they usually would.

Alongside this, 27% of respondents said the festive period is a time to stock up on essential items only – such as clothing and necessary food and drink.

‘The rising cost-of-living and inflationary pressures have naturally had an impact on the amount being spent in the post-Christmas sales this year,’ says Harshna Cayley, head of online payments at Barclaycard.

‘Having said that, retailers can take confidence knowing that shoppers still plan to make the most of the deals and discounts on offer.’

Cristiano Ronaldo's partner buys him a Rolls Royce for Christmas