Home » Lifestyle » Audrey Hepburn’s Life Is Being Turned Into A TV Show For First Time Ever, Thanks To Her Son 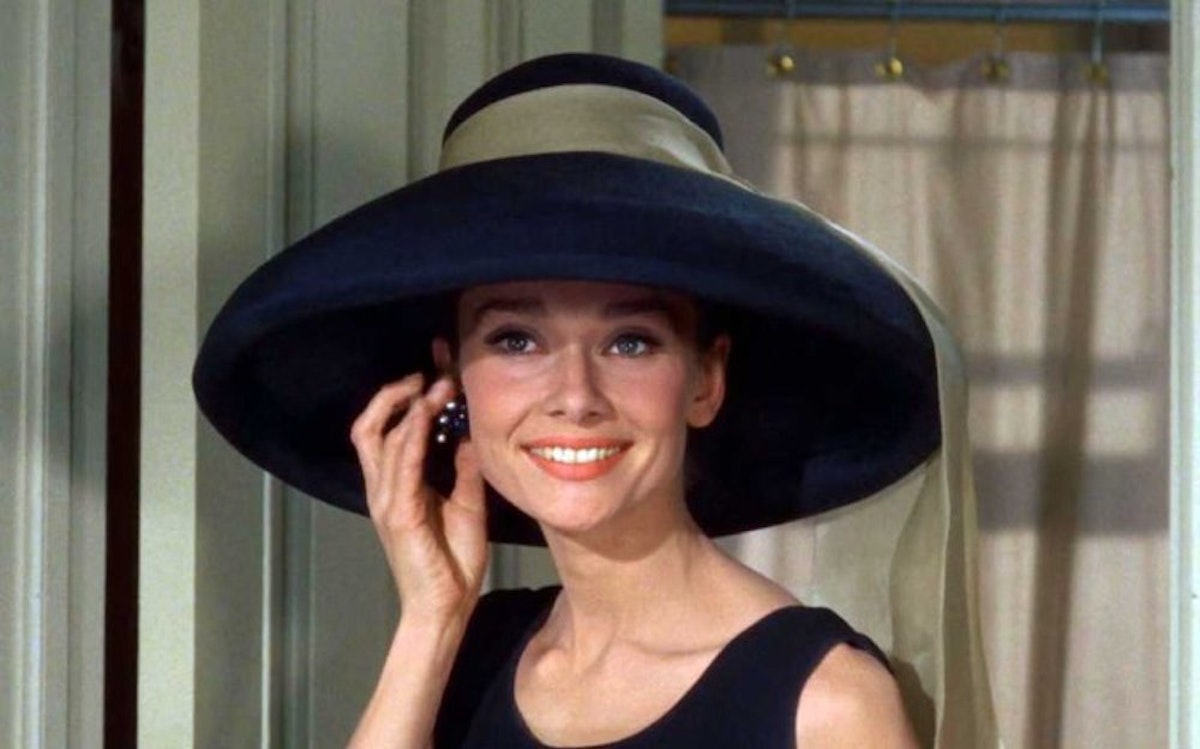 Audrey Hepburn’s Life Is Being Turned Into A TV Show For First Time Ever, Thanks To Her Son

For the first time ever, Audrey Hepburn’s life is being turned into a TV show. And it’s one that will be written by someone who knows her best, her son, Luca Dotti. And the show will delve into the story of how his mom became a Hollywood icon.

On Tuesday, Dec. 11, Variety reported that Hepburn will be the subject of a new TV drama produced by Wildside, the Italian company behind The Young Pope and My Brilliant Friend. The English-language series, which will reportedly start shooting in 2020, is based on a treatment from Hepburn’s youngest son, Dotti (she had two), whose father was Italian psychiatrist Andrea Dotti. Hepburn and Dotti were married in 1970 and were divorced a decade later.

The show will reportedly take a deeper look at Hepburn’s "formative years," building upon Dotti and Italian journalist and writer Luigi Spinola’s 2015 book Audrey at Home. (Spinola also co-wrote the treatment for the Hepburn drama.) The book was a part-biography, part cookbook that included letters written by Hepburn and anecdotes from her past. Now, this show will give fans a chance to learn even more about her early days.

In 1929, Hepburn was born Edda van Heemstra Hepburn-Ruston near Brussels to a Dutch mother and an English father. According to The New York Times, World War II led to hardship for Hepburn’s family. She survived, and quickly became an artist after the war had ended, studing ballet and eventually dabbling in modeling.

Once she was back in London, now a dancer and model, the ballet dancer and model was spotted by the French author Colette who asked her to be in the Broadway version of her book, Gigi. This role would help her land her first movie role playing a princess in 1953’s Roman Holiday opposite Gregory Peck. It would end up earning her an Oscar.

That same year, Hepburn would also win a Tony for her role as the titular character in Ondine, playing a water sprite who falls for a mortal man. Hepburn later became an EGOT winner — taking home an Emmy in 1993 for Gardens of the World With Audrey Hepburn, and a Spoken Word Grammy in 1994 for Audrey Hepburn’s Enchanted Tales.

But, what she’s best known for is playing Holly Golightly in 1961’s Breakfast at Tiffany’s. Fifty-seven years later, that little black dress she wears in the film is still as chic as ever. And, odds are, this iconic Hepburn look will make some kind of appearance in the new show. Though, for now, there’s no word on who might be wearing the dress, as the show is still in early stages of development and has yet to be cast.

It won’t be easy to fill that legendary LBD of hers in the first TV show based on her life. Over the years everyone from Natalie Portman to Rooney Mara to Anne Hathaway have been nicknamed "the new Audrey Hepburn," which means the show has a lot of options if they’re looking for a star to play the star.

No matter who gets a chance to play Hepburn in the show, though, it’ll be hard to resist the chance to see her grace the small screen after years of watching her on the big one.