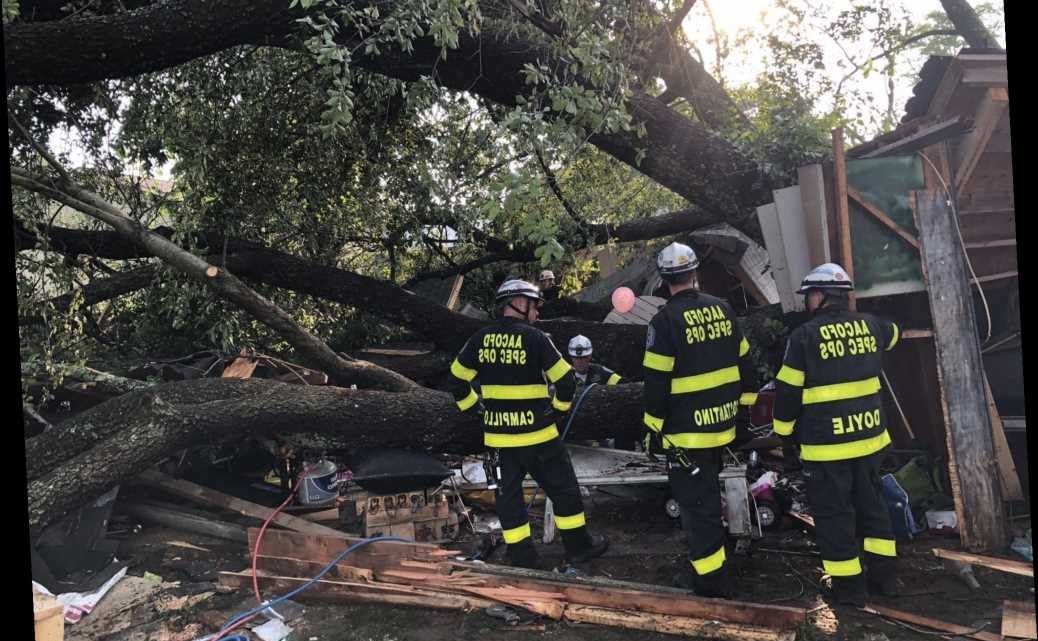 Nearly two dozen people, including two children, were injured on Sunday after a large tree fell on top of a detached garage amid a storm in Maryland.

Nineteen people, one with critical injuries, were transported to five area hospitals, according to the Anne Arundel County Fire Department. Five people suffered serious injuries, while the rest were deemed minor.

A spokesperson for the fire department later updated the figure to 21 people transported to local hospitals, according to the Capital Gazette.

When authorities arrived on the scene in Pasadena, six people were still trapped inside the building, and it took 45 minutes to remove them. The garage was holding more than 20 people when the tree fell, the department said.

“There are some kids that are hurt but none that were so severely hurt, but some of the adults were trying to save their children, covering their children, getting on top of their children and literally taking the brunt of the building falling down on top of them was unreal and kudos to them,” neighbor Dawn Redloff told the outlet.

She said the storm was severe and sudden, and was so powerful it not only knocked down the tree, but blew out her front door and window.

Redloff also praised the Chosen Sons of Pasadena motorcycle club, who she said helped cut down parts of the tree so that the fire department could get through.

The partygoers were initially located in the rear of the home, but headed to the garage to seek shelter from the storm, the Gazette reported.