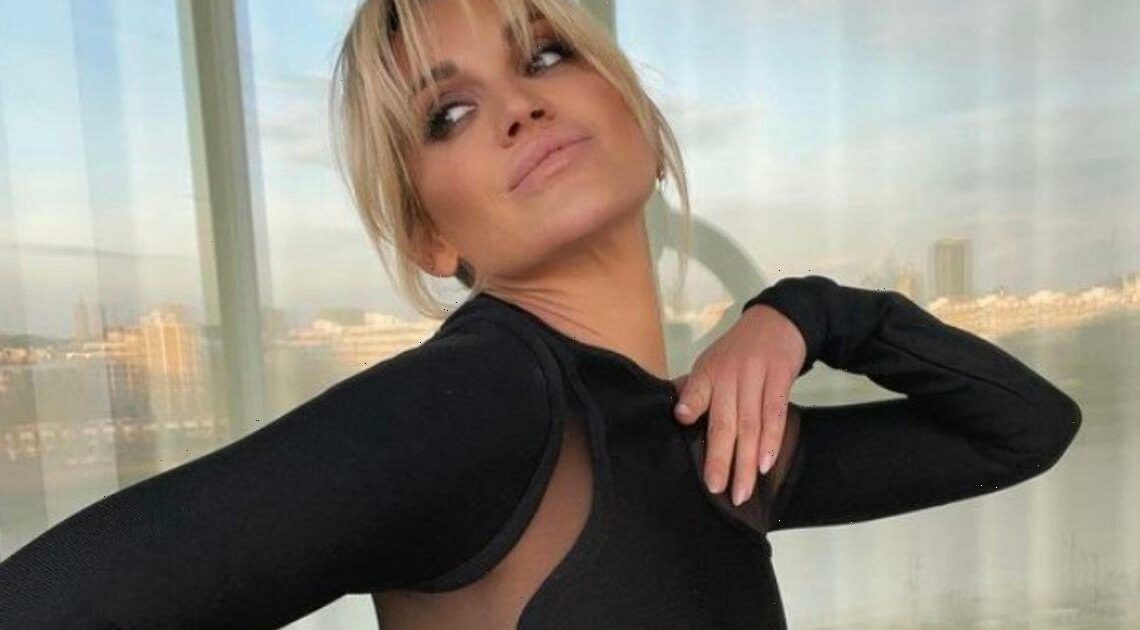 Captioning the post: “she bangs,” Ashley posted the pictures to show off her brand new fringe hairstyle – but it’s her risqué outfit that has grabbed fans’ attention, with many flocking to the comment section to share their appreciation.

“That’s some dress! You have such excellent taste in clothes,” one person says.

“Love that dress,” another writes, while a third adds: “You look sensational.”

If you follow the singer on Instagram, then you’ll know that she’s not afraid to show off her body, but in her latest post, it appears she’s taken it one step further by going braless.

Featuring sheer mesh sections across her stomach, waist and legs, Ashley’s LBD uses clever panelling to cover up her bust and to create a flattering, curved silhouette.

This isn’t the first time Ashley has bared all in the name of fashion. Earlier this month, the radio DJ took to Instagram sporting a cream, ribbed cut-out dress which showed off her enviable pins and exposed her underbust.

The post raked in over 22K likes, with many fans heading to the comment section to praise the star on her bold style choice.

“Legz for dayzzzzz,” one fan says, while another writes: “Obsessed with this look.”

“Love the dress you look incredible,” a third comments.

Ashley’s radio co-host Amanda Holden also turned heads this month when she took to Instagram sporting a silky green co-ord whilst ditching her underwear. The star went completely braless under her lime top and matching midi skirt from Pretty Lavish.

The 50 year old, who’s currently filming for the new season of Britain’s Got Talent, was slammed by viewers in recent years for wearing revealing clothing on the ITV show.

Despite criticism, it appears the TV judge has stuck to her risque ways, and for the first lot of auditions, she took to the stage wearing a sultry, cut-out yellow gown.

The dress in question featured lace-up sections across her chest and on her upper leg, giving a whole new meaning to a leg split. She paired the look with barely-there heels and dainty jewellery.

It seems both Amanda and Ashley aren’t afraid to show off their bodies and we applaud them for it – you go girls!

What time does WrestleMania 35 start, how I watch WWE showdown and who is on the match card?
World News