Still in contact? Ashley Jacobs left Southern Charm after season 6 in 2019, but she is still be in touch with some of her former costars – including ex Thomas Ravenel.

‘Southern Charm’ Stars Who Left the Series: Where Are They

“Because of social media you see what’s going on in each other’s lives and I see what’s going on with his children and new house,” Jacobs, 37, told Us Weekly exclusively on Wednesday, July 20. “He’ll say, ‘Congrats,’ and he reaches out every now and again, and he’ll laugh and he’ll go like, ‘You did it, you did the married life.’ He kind of laughs at me. He plays with me.”

The former reality stars began dating in May 2017 and called things off in August 2018, with many of their ups and downs documented on the popular Bravo series. 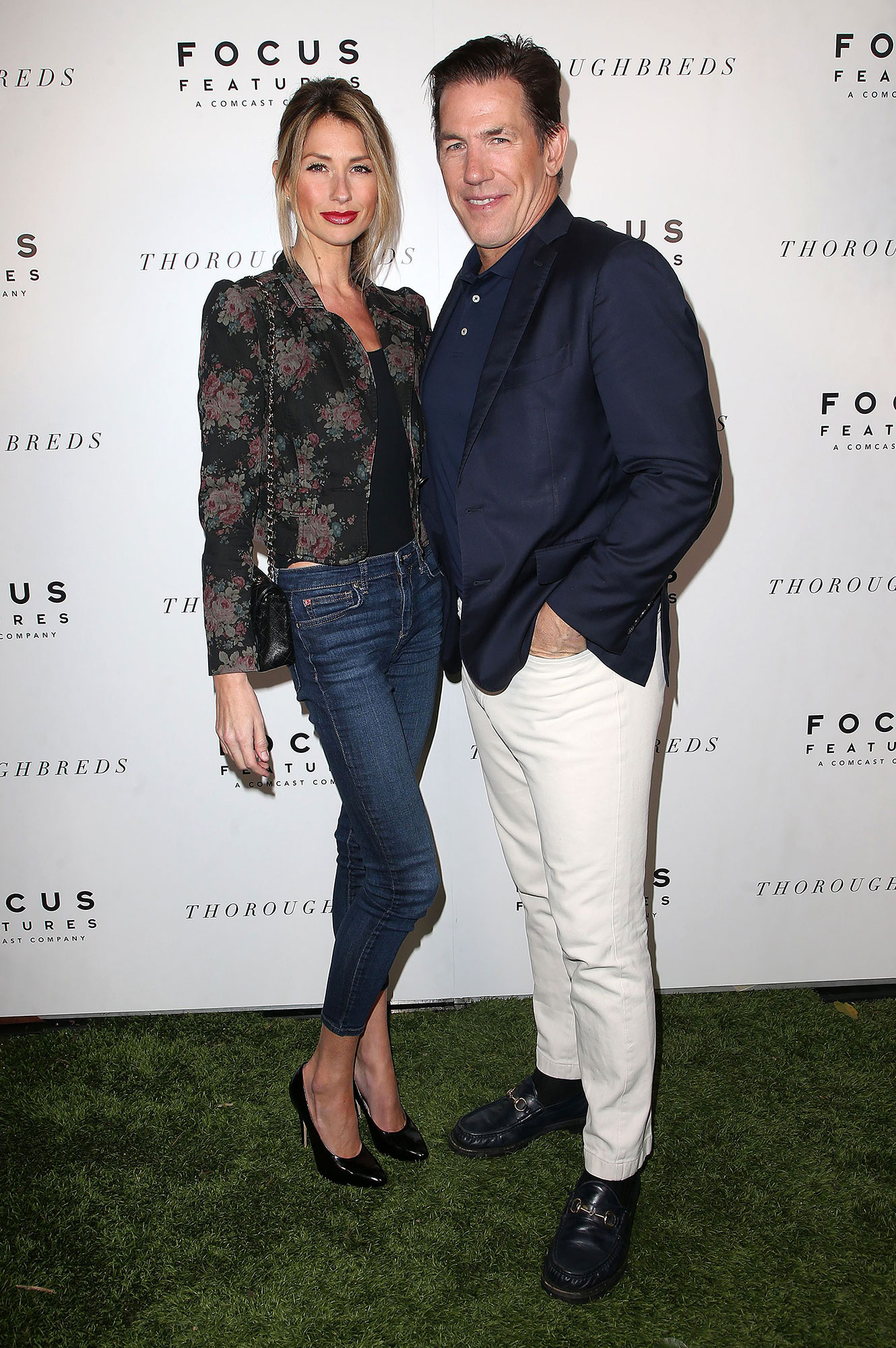 The medical professional has since returned to the Golden State and is now married to husband Mike Appel. The pair welcomed a son, Grayson, in August 2021.

According to Jacobs, her separation process with Ravenel, 59, was “gnarly,” considering the ongoing custody battle he was embroiled in with ex-girlfriend (and onscreen nemesis) Kathryn Dennis, with whom the former South Carolina state treasurer shares daughter Kensington, 8, and Julien, 6.

“It was just so crazy,” the influencer told Us. “It was a custody agreement that you can’t have a girlfriend under the same roof as the kids. You can’t sleep over unless you’re married. And I feel like that’s what Kathryn was trying or her lawyers were trying to get me on.”

Jacobs was also struggling with the May 2018 sexual assault accusations made against the former politician by two women, including the children’s former nanny, Dawn Ledwell. He denied the allegations and settled the lawsuit filed by Ledwell in October 2019.

“I just thought, ‘What am I doing with my life here?’ So we both agreed for the purpose of him trying to deal with this custody without me in the picture,” the Santa Barbara, California, native added. “And the right thing for me to do was to go back home and center myself and be around my family and my friends and get to a place where I could get healthy. I knew in my heart I wasn’t going back when I left.”

Though she decided to part ways with Ravenel, the former Bravo personality still defended him against how he was portrayed on the show.

“Thomas is like me — he likes to get a reaction. It’s lights, camera action,” she shared. “When the lights are on, he’s like, ‘How can I be as ridiculous as possible?’ Sometimes it’s a dry sense of humor — really silly. We like to get a reaction [but] that didn’t work well. It [wasn’t] working in our favor when we’re the bad guys.”

As for making a return to reality TV, Jacobs said she would consider it if she could “do it with friends.”

“That was the one thing I never got — I just had Thomas. That was it,” she stated. “I wish people could have seen more of my personality. Of course there’s drama and chaos, but I wish there wasn’t an enemy that I had to spar with. Of course, all the shows have to have that drama.”