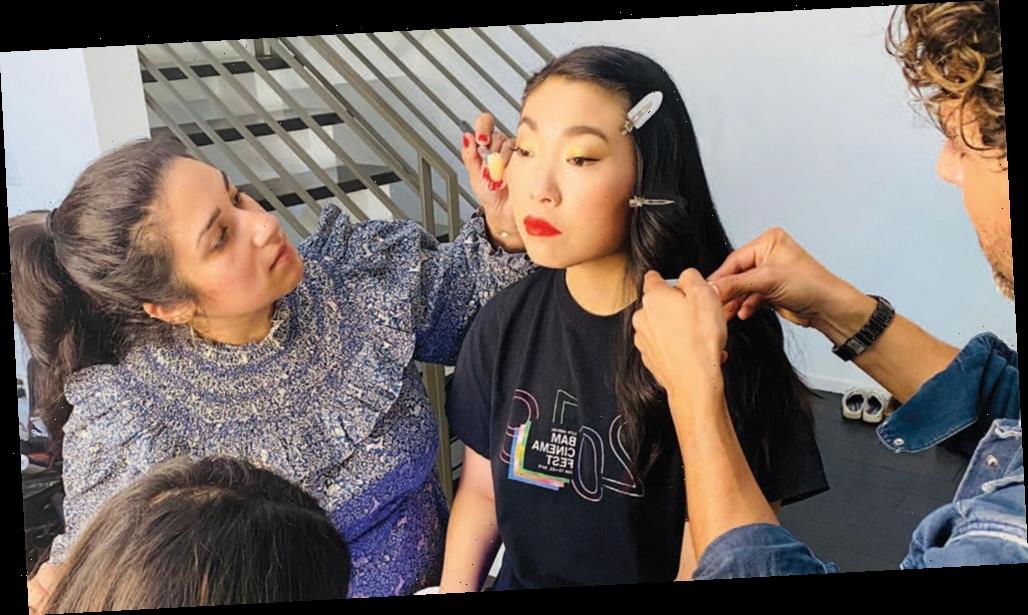 Waiting for production to restart, makeup artist Kirin Bhatty has spent her summer giving makeup consultations via FaceTime, preparing stars including Geraldine Viswanathan of “The Broken Hearts Gallery” to look their best for drive-through red carpets and Zoom interviews.

“I grab my products, walk them through every step of their makeup, and I do it with them,” Bhatty, who worked on “Off Camera With Sam Jones,” tells Variety in a FaceTime call. “I normally would be able to check in-person and make sure it’s shooting well,” she says. “To not have that quality control is a little bit tough, but in these times it’s nice to at least have something to make you feel creative and connected.”

Mentored by trailblazing Black makeup artist Lori Taylor Davis of Smashbox cosmetics, the Pakistani American Bhatty has been a longtime advocate for celebrating the beauty of her diverse clientele. With experience creating looks for Awkwafina in “Crazy Rich Asians” and “The Farewell” and Frieda Pinto for “Slumdog Millionaire,” Bhatty receives a slew of questions from her white colleagues on working with stars with different eye shapes and skin tones.

“That’s not a real question,” she says while trying to hide her frustration. “It’s skin — a base-level concept in makeup. They’re eyes, meaning you work with the shape, whether it’s a monolid or a deep-set eye. And if you’re not comfortable, you should strive to become an expert in your field, because no actor should feel like their makeup artist can’t handle them because of their identity.”

Being adept at applying makeup to a diverse cast is an issue more artists of color are opening up about — while pointing to the lack of inclusion behind the scenes. As one of what she calls a “handful” of Asian Americans in her field, Bhatty adds that she almost feels “fortunate and grateful” for her career.

Bhatty believes the lack of diversity among Hollywood makeup artists not only lies at the doorstep of the “white artists at the top level” who are less cognizant of the issue, but also is due to the lack of equity pay that would entice more artists from underrepresented communities to break into the “elite space.” With Hollywood now challenging its systemic racism and celebrating more creatives of color above the line, she is hopeful the makeup circuit will soon respond to the demand for inclusion.

“When I work with clients of color who are finally having moments that are milestones for society in general — like Awkwafina at the Globes — we see these women win in spaces that traditionally were not made for them to win in,” she says. “It’s very touching, because when you finally see someone like that being seen — and I’ve gotten to be a part of that process in my own way — it makes me feel seen in a real and full way.”

Inspired by her East Asian, Pakistani and Indian stars’ history-making careers, Bhatty is eager to pave the way for more makeup artists of color. “Watching [these stars], I feel even more determined in my position to go forward for people who may be watching me as well. And for these younger artists, I hope the demands for change, not only in diversity but also the demands for equity [pay], will lead to action.”