Home » Lifestyle » Ariana Grande Came Up With The Best Lines From The "Thank U, Next" Video 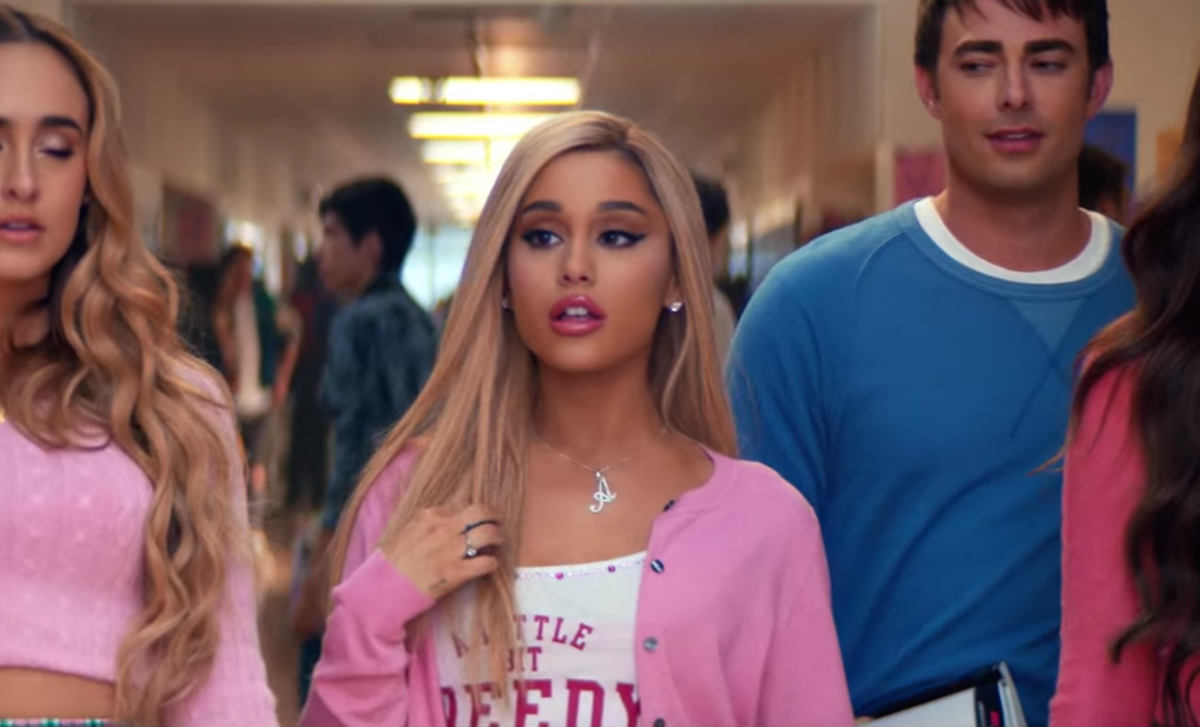 Ariana Grande Came Up With The Best Lines From The "Thank U, Next" Video

Ariana’s video for "Thank U, Next" was the music video that practically broke YouTube the minute it came out on Nov. 30, but that was just the beginning. Since that fateful day, Grande has released three behind-the-scenes videos about the making of the iconic clip on her YouTube channel, and the third "Thank U, Next" BTS video shows how Ariana Grande came up with some of the lines from the video’s intro. You know, the montage in which various friends from Grande’s crew talked to the camera about the rumors they’d heard about the Sweetener singer in an epic Mean Girls parody?

The third BTS video, which came out on Tuesday, Dec. 11, shows how Grande stood — in costume as Regina George — behind the camera alongside director Hannah Lux Davis to help make her vision come to life. Even though the lines were likely pre-written, it seems like actors, with Grande’s help, could improvise a little. For example, the first time Gabi DeMartino said her line, she said, "Ariana says ‘honest to God knock me out,’ so I decided to knock myself out." Then, the BTS video shows Grande instructing DeMartino to change the wording to, "I decided to punch myself in the face. It was awesome." In a separate scene, Grande coaches comedian Colleen Ballinger to say her line about getting pregnant to mimic Ariana — all because of a rumor on Twitter.

Of course, Grande’s suggested lines were the ones that made the final cut for "Thank U, Next," proving that everything about this song had Grande’s personalized touch to it.

The fact that Grande chose all of the lines that her fellow "Plastics" and pretend classmates said about her not only illustrates how much control she had over the music video, but also it how playful and fun the process was for her. Clearly, Grande isn’t afraid of having fun with joking about the kinds of rumors that spread around about her, and the BTS video is full of times that the "Thank U, Next" singer laughed at herself.

The video also features Jonathan Bennett, who revived his 2004 Mean Girls character for the music video, freaking out because the shoot was reminding him so much of the original film. "It’s weird, this is exactly what it looked like," Bennett said, before adding that he still looks just as good as he did then thanks to "tape and glue." Grande quickly responded, "I mean, same," proving yet again that she’s able to laugh at herself.

The "Thank U, Next" video broke the record for the video with the most views within the first 24 hours of its release. Adding a cherry on top, the video, filled with parodies of 2000s-era female-driven comedies, helped the song itself resurge to No. 1 on the Billboard Hot 100 this week. The song’s return to the chart’s top spot also makes "Thank U, Next" the first solo song by a woman to be at No. 1 for four weeks total, according to ABC News. As if that’s not enough, ABC News also reported that the "Thank U, Next" video racked up the biggest weekly total of views ever for a track by a female artist.

Grande has truly outdone herself — and basically everyone else, too.