Home » Lifestyle » Are Kim Kardashian & Lindsay Lohan Friends? Here’s Where They Stand After Their IG Spat 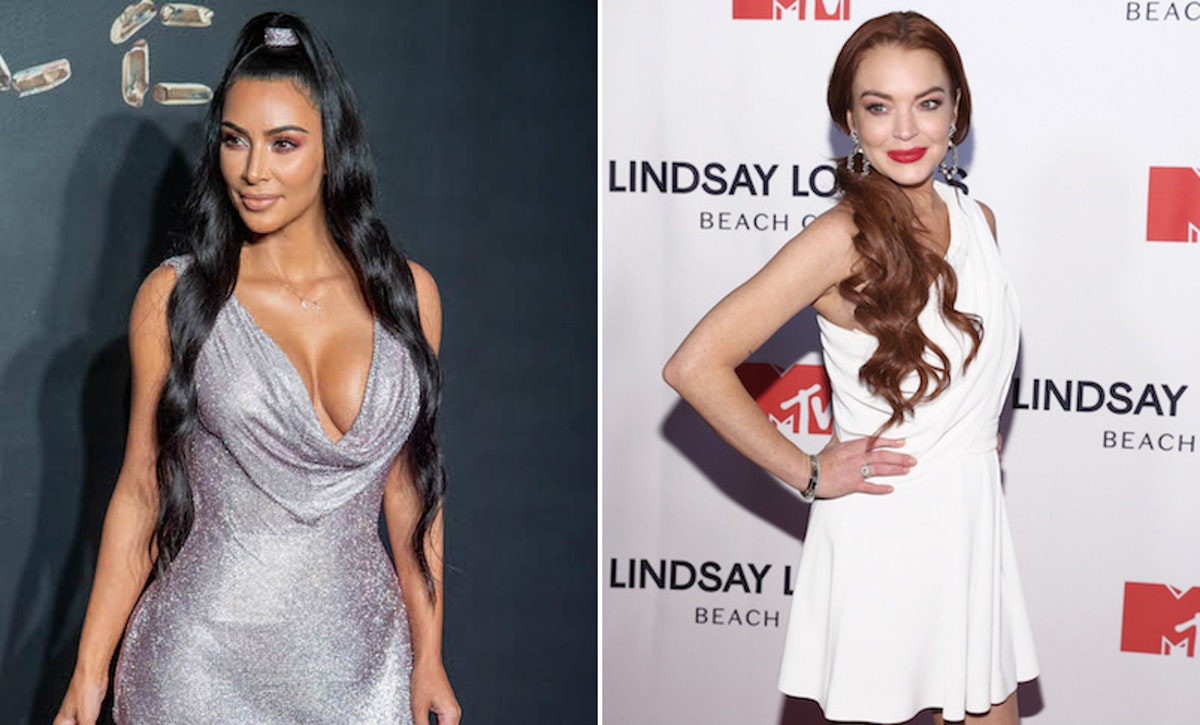 Are Kim Kardashian & Lindsay Lohan Friends? Here’s Where They Stand After Their IG Spat

Wait, I forgot that Kim Kardashian and Lindsay Lohan were once in each other’s stratosphere. In fact, Lohan claims to be pals with the entire Kardashian family to this day. While that might come as a surprise to some Keeping Up With The Kardashian fans, I can’t help but wonder — could it be true? Are Kim Kardashian and Lindsay Lohan friends? According to Lohan, she and the reality TV icon are all groovy after once spatting on Instagram over Kim’s hair and Lohan’s accent.

So here’s what’s up: Lohan is making a public comeback in her new series Lindsay Lohan’s Beach Club. After taking some time away from the media on the heels of a wild few years of partying and risky behavior, she’s staring in her own reality show. The series follows the opening of Lohan’s, well, beach club, in Mykonos, Greece, a place Lohan has claimed as her second home. In her show, viewers watch as Lilo interacts with people "auditioning" to become VIP hosts or brand ambassadors. It’s fascinating in its own right, but not as fascinating as her perception of where she stands with the queen of reality TV, Kim K.

About a year ago, Lilo and Kardashian exchanged shade on Instagram after Lohan commented on a picture of Kim sporting Fulani braids. TBH, a bunch of people were confused by Kim’s new look, so it’s not like she wasn’t speaking a fair truth. Still, she happened to voice this opinion around the same time those weird videos were popping up featuring herself speaking in an unidentifiable accent.

Ya know what? Just for fun… here’s an example:

Anyhoo, you might also remember when Kim posted the series of sultry photos of herself in a teeny-tiny g-string and beaded Fulani braids. According to Kim, her look was inspired by model Bo Derek. Still, it definitely raised a certain amount of commentary from the public in reference to cultural appropriation, plus feedback from Lilo herself.

@KimKardashian just responded to @LindsayLohan's comment on my photo of her new hair and I AM CRYING and squealing and gagging!!!!!!!! It feels like 2007 again!! Tag your favorite Kardashian lover AND hater! PerezHilton.com/KimKardashian

Today, Lohan is busy promoting her new show which included playing a round of the popular game "Plead the Fifth" on Watch What Happens Live with Andy Cohen. During the game, Cohen asked Lohan, "How would you describe your relationship with Kim K and what was your immediate reaction to her clapping back at your accent?" Without much hesitation, Lohan responded, "I love Kim," adding, "I was just confused about the braids." She went on to explain, "We’re friends… [I’m friends] with all the family."

Maybe that’s why Kris Jenner was so down to join Ariana Grande’s Mean Girls’ parody? (I know… it’s a stretch.)

To be fair, a world where Kim Kardashian, Kris Jenner, Ariana Grande, and Lindsay Lohan all sit down to watch Mean Girls together is a world I want to live in.

Welcome back, Lindsay. It’s great to have you.

Gene Simmons Reveals He Spoke At A Royal Event