Home » Lifestyle » Aquaman Is The Hero We Need Now 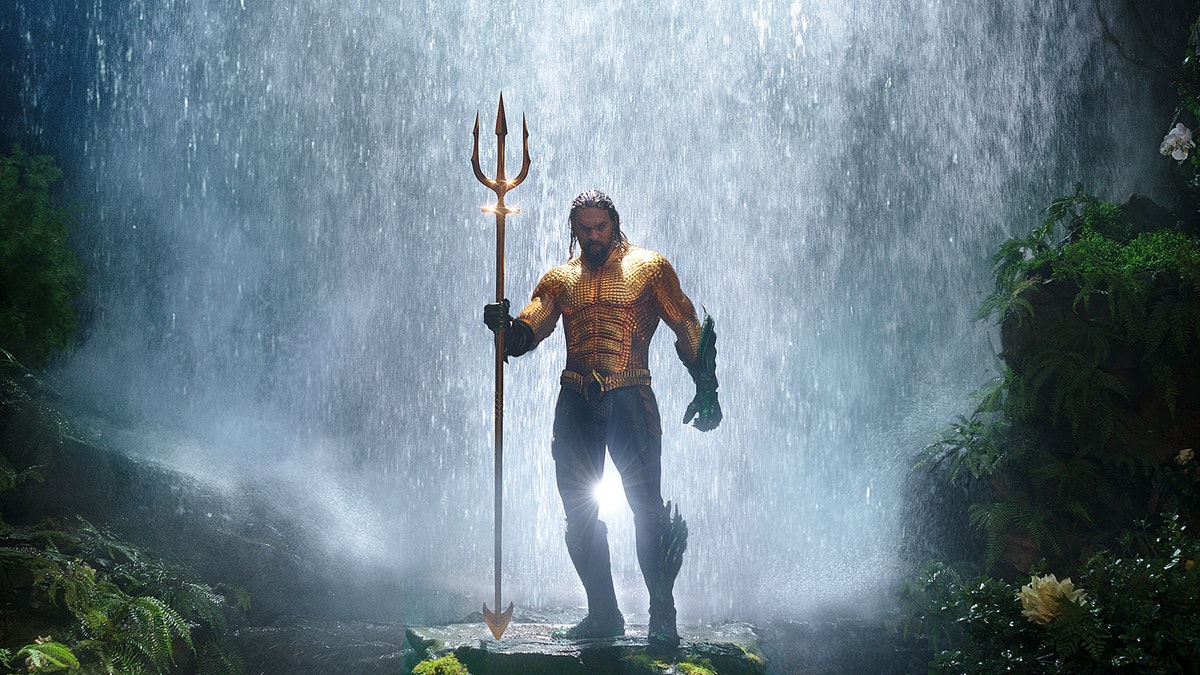 Aquaman Is The Hero We Need Now

Let’s face it: The world could seriously use a hero. Lucky for us, Aquaman is headed to theaters nationwide on December 21.

We first met the silver screen version of Aquaman, as played by Jason Momoa, a few years ago. Now, he’s finally at the center of his own story. His challenge? He is the only person on Earth able to bring peace to two warring factions—one comprised of citizens of the surface world, the other comprised of residents of the world’s undersea nations.

To stop what would amount to the greatest civil war on the planet, Aquaman must fight to restore balance. The thing is, he can’t face this challenge alone. He’ll need his ally and partner Mera, played by Amber Heard, as well as an all-star cast of a friends and foes, played by the likes of Patrick Wilson, Nicole Kidman, and Willem Dafoe.

Aquaman has all the trappings of a hero tailor-made for our times. Read on to discover why, and make sure to catch Aquaman, in theaters December 21st.

1. He Answers the Call To Lead

Raised as a young boy by his human father, Arthur Curry is shocked to learn that he’s actually Aquaman, first-born son of Queen Atlanna and rightful heir to the undersea nation of Atlantis. His parentage makes him uniquely capable of uniting the worlds of land and sea, bringing peace and prosperity to both. Though at first he’s reluctant to claim his destiny, he soon discovers an extraordinary set of superpowers that seal his fate as a ruler. But that doesn’t mean his task — to return to Atlantis and challenge the leadership of his half-brother Orm, played by Patrick Wilson — will be easy.

2. He Can Harness the Power of the Ocean

The power of the ocean is awesome. We sense it each time we feel the pull of the current, witness the incredible strength and intelligence of marine mammals, and learn more about the ocean’s enormous and complex ecosystems. As a dual-citizen of Atlantis and the surface world, Aquaman is imbued with oceanic powers that give him enhanced strength, the ability to breathe underwater, the capability of swimming at exceptional speeds, and an intuitive understanding of the ocean and its mysteries. As the ocean’s favorite son, it’s hard to imagine what Aquaman is capable of.

Aquaman’s strongest allies and influences are women. His partner on his quest is Mera, the daughter of King Nereus and princess of the undersea kingdom of Xebel. Mera has unique powers to rival Aquaman’s own, including the gift of hydrokinesis, the extraordinary ability to manipulate water. A fierce warrior, Mera is Aquaman’s equal in every sense.

Aquaman’s mother Atlanna is just as fierce. Destined to be Queen of Atlantis, Atlanna fled her home as a young woman in search of an autonomous future. Along the way, she met and fell in love with Aquaman’s father, an Earth-dwelling lighthouse keeper, but was ultimately forced to leave Aquaman to be raised by his father to prevent retribution for her escape from Atlantis.

4. He Can Literally Save the World

The center of conflict in Aquaman is the struggle for power. Aquaman’s half-brother Orm, presently the king of Atlantis, seeks to conquer all undersea kingdoms to become the self-declared Ocean Master. Despite the warnings of his advisor Vulko, played by Willem Dafoe, who urges diplomacy between Atlantis and the other underwater kingdoms, Orm’s greed for power cannot be sated. Only Aquaman, born of both ocean and land, can challenge his half-brother’s plans and restore balance above and below the sea.

5. He Is Portrayed By Jason Momoa

As played by Jason Momoa, Aquaman isn’t your grandfather’s superhero. In fact, his Aquaman is considerably bigger, stronger, and, it must be said, hotter than any previous depiction of Aquaman in the history of the comic book series. With his 6’4" frame and rugged look, Momoa has made his name through previous roles as a fierce warrior and outlaw. But despite his giant stature, Momoa also projects a gentleness and spirituality that make him truly irresistible. In his star turn as Aquaman, his strength and charm are on equal display.

There’s nothing like a good superhero movie to transport you to an exciting new world filled with heart-pounding adventure. Aquaman races across your screen, making stops in surface world cities and deserts, in undersea kingdoms like the legendary Atlantis, and through breathtakingly beautiful scenes of the open sea. The film is an action-packed joyride populated by a group of extraordinary actors in roles you’ve never seen them in before. Aquaman is sure to be the thrill ride of the season.

This article is sponsored by Aquaman, in theaters December 21.