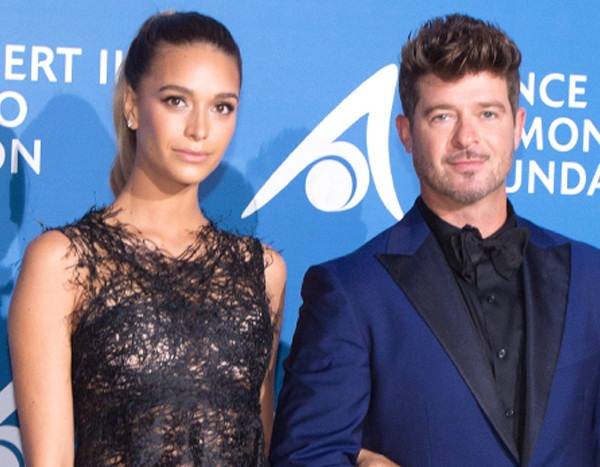 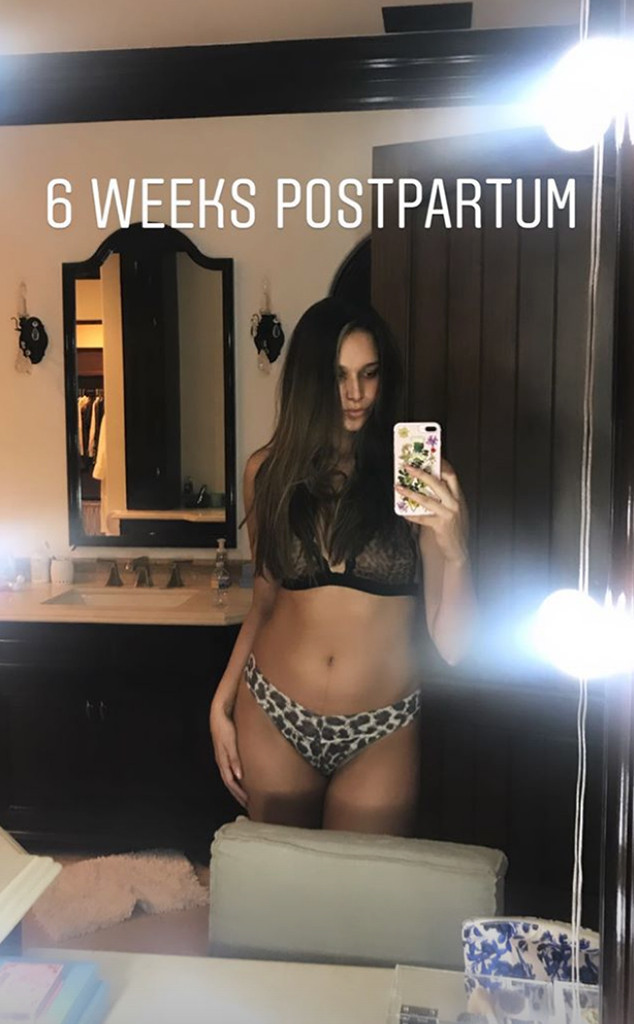 The 24-year-old posted a mirror selfie showing her posing in a black lace bra and black and white spotted underwear, six weeks after she gave birth to the couple’s second child together, daughter Lola Alain Thicke.

April often posts photos and videos of her and Robin’s girls on Instagram.

Last month, she posted a clip of Mia kissing her sister.

April and Robin made their public debut as a couple at the 2015 Cannes Film Festival, less than a year after Paula filed for divorce after nine years of marriage. 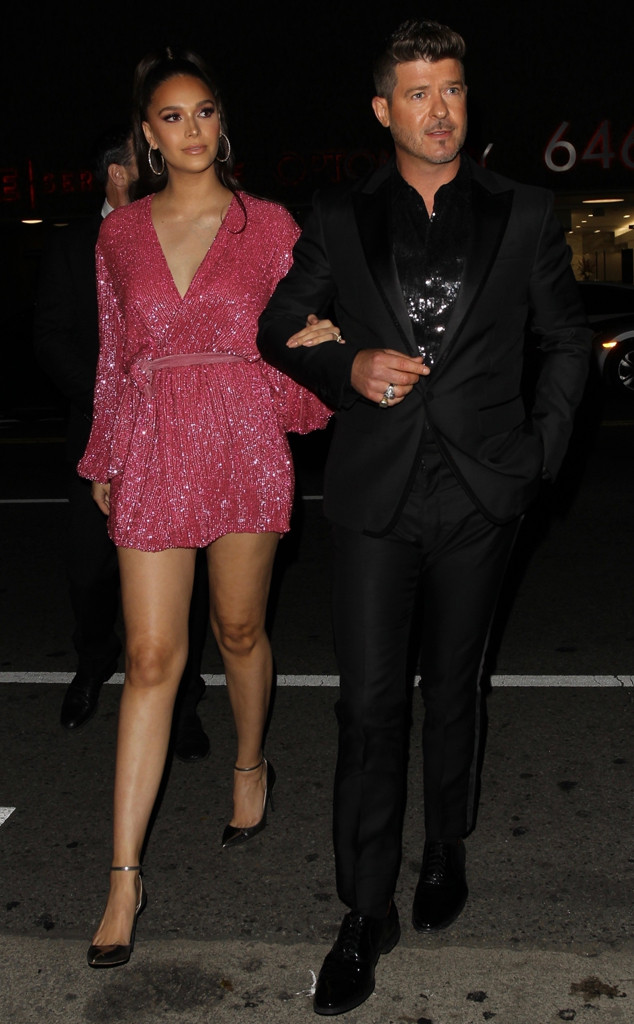 The two got engaged on Christmas Eve.

‘Game of Thrones’ stars kept quirky souvenirs from the show