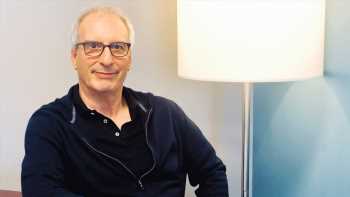 The view from APM Music’s office on Sunset Boulevard is expansive, from downtown to Dodger Stadium, to Century City and all points west. The company has been in the same tower since opening its doors in Los Angeles in 1984, but it’s moved up in the world, from a few rooms to most of the ninth floor. APM has scaled the heights in more ways than one. “We’re the largest production music library in North America, if not the world,” says company president Adam Taylor. APM music can be heard in films and trailers for projects including “Dumbo,” “Us,” “Green Book” and “A Star Is Born.” The collection has also become popular for sampling, with artists like Jay-Z, Chance the Rapper and Missy Elliott among those who have availed themselves of APM’s easy licensing and legal indemnification.

Sitting at a desk topped with twin computer monitors the size of Ford Fiestas, Taylor clicks through charts, the data-rich APM search engine and a ballooning email inbox. If not for the rows of LPs lining the floor, one might mistake him for a stock broker.

But when Taylor starts talking about the APM library, it’s clear he’s more art curator than numbers cruncher, although the numbers sound pretty good, too. APM — which actually launched in New York in 1983 — has built a massive 85,000-track collection of the highest quality music from around the world. Genres range from classical to kitsch, rock, religious and country. “We have every style of music known to man,” Taylor says. Jawaiian reggae and electro swing are two esoteric categories, while “rock” has no less than 32 subgenres.

The KPM and Bruton catalogs are the bedrock on which APM was founded, but the company is continually adding to its repertoire. “I’ve always wanted to have Italian archival music and film scores,” he says in the way an art lover might covet a Titian. And the same way collectors work their contacts to land coveted gems, Taylor “has friends” who introduce him to heirs, estate managers and artists. The company recently gained rights to Edi-Pan, featuring the music of Bruno Nicolai, an Ennio Morricone contemporary who has had synchs in Quentin Tarantino’s “Kill Bill Vol. 2.”

“Most of his work has never been available in the United States before,” Taylor said of the deal, brokered through Nicolai’s daughter.

“Canopo is another Italian library we recently bought that’s very weird and curious music — an Italian archival library from the early ’50s.” France’s Cezame and the German Sonoton are also significant holdings. “I love anything pre-1990,” says “SpongeBob SquarePants” music director Nicolas Carr, who says 80% of the show’s music needs are filled by APM (while he composes the remaining 20% himself). “Our show really dwells in the ’50s, ’60s and ’70s, a 30-year period where APM really excels,” says Carr, who essentially functions as a music supervisor. “They also have one of the best classical collections around, including opera. The sound is a big part of the show. I couldn’t imagine cutting it without APM music. It just wouldn’t be the same.”

Production music libraries cannot live on archives alone, explains Sam Trust, former head of ATV, who founded APM as a joint-venture between what is now held by Universal (which owns the Bruton library) and Sony (which owns KPM). “You have to adapt the music to what is contemporary at the time or you’re not going to survive.”

APM has not only survived, but thrived. One way APM has modernized is by signing active composers. “The Crown” composer Rupert Gregson-Williams, Black Sabbath keyboardist Adam Wakeman and videogame composer Jesper Kyd all supply music to APM. Megadeth bassist David Ellefson learned about APM when his band toured with Black Sabbath in 2014. “After all these years I had quite a stash of demo ideas that hadn’t found a home until we created the Molten sound library [at APM].”

Ellefson finds it a useful and creatively fulfilling outlet for “riffs and bits that aren’t developed into three- to four-minute songs. Those ideas are perfect for developing as sound library pieces because they don’t have to focus on a vocal or lyric story line. It’s a liberating way to compose, actually.”

Film and TV composer Jeff Rona had been working with KPM for a while when he bumped into Adam Taylor while networking with KPM’s chief in 2006. “Adam had heard some of my work and was complimentary,” Rona recalls. The timing was auspicious because APM had been working with a top trailer music company that had gone fallow, so he was seeking a replacement. “Adam said, ‘We have an opportunity but you need to be all in. We are looking for someone to do trailer music at a very high level.’”

It took nearly three years to assemble the team, compose and produce six albums of high-end trailer music. The first release was issued in 2009. “I did it in the most careful, meticulous way possible. It was a mammoth undertaking and I was working on other projects, including composing for the 2008 Beijing Olympics.” Rona pulled together a group of composers, songwriters, orchestras, singers, drummers, orchestrators, engineers and mastering labs and managed to make it happen. ”We released well over 100 tracks, and within our first year, every single track had gotten at least one license.”

Taylor says the company does “a lot of curation and guiding,” and that most of the new music is specifically conditioned to fill a market need. “APM was set up to distribute other libraries. Our expertise is picking the libraries we represent, knowing the music, knowing what to ask those libraries for, and knowing how to market to clients.” In addition to running APM, Taylor has for the past few years been CEO of the Production Music Assn., which estimates production music is a $1 billion business globally. From personal experience, Taylor knows the numbers are huge. “The sheer amount of licensing of library tracks in television is extraordinary. Literally in the millions and millions of tracks per year get licensed into television programming. Probably more needle drops used in television come from libraries than anywhere else.”

A big part of the market outreach is the APM library’s website search engine, which uses more than 50 million pieces of metadata to help clients find tracks. A lot of shows, however, rely on APM staff as human hunters — APM music directors that handle requests know the library contents inside out. “It could be something where they’re asking for historical music, where you have to research what might be appropriate or they’re trying to emulate a particular style of music,” says Edwina Travis-Chin, who has been with APM for 30 years and is director of music strategy and content.

“Oftentimes they’re not looking for any particular style of music, but are requesting a particular mood. Because if you think about it, the primary function of music in visual media is to establish a mood. A lot of what my job is to take words and descriptions — sometimes from a script or a storyboard — and try to translate the vision into music. I’ve had clients ask me to find music that sounds ‘hot pink.’ Having an active imagination really helps in this job. But at the end of the day, it’s working music. We’re not the stars of the show, we’re supporting players whose job is to make everything else look good.”

What a throwback! The Cheeky Girls DROP JAWS in transparent tutus