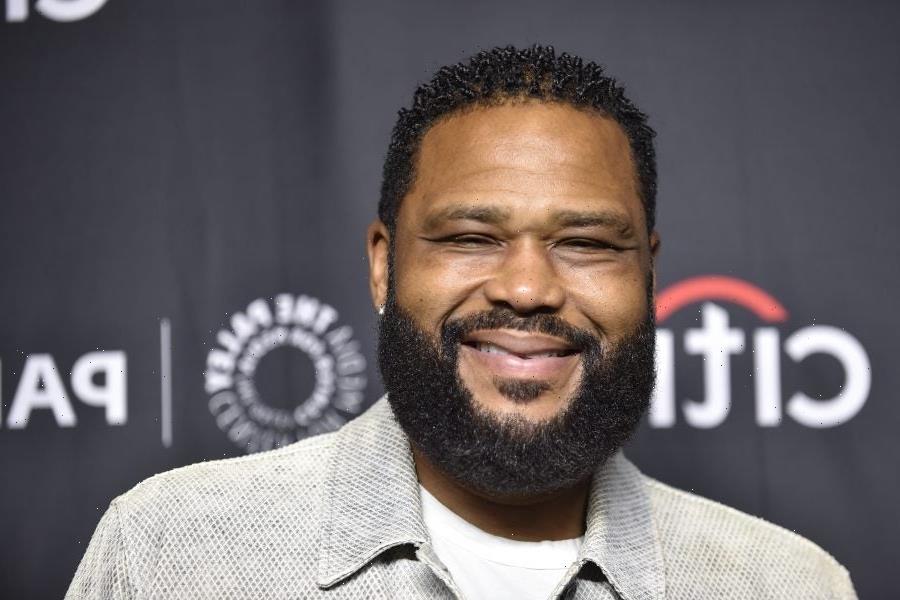 For years, Anthony Anderson has graced TV and movie screens with dashing wit and comedic charm, but these days, the Black-ish star is taking on a much more serious leading role: advocate for Type 2 diabetes awareness.

The actor, TV host, and father has lived with Type 2 diabetes for nearly 20 years, a condition that he discovered he had during the prime of his career. “I was working extremely hard at the time and I just chalked it up to working tirelessly,” Anderson tells ESSENCE. “I was doing things that were uncharacteristic of my daily routine.”

After taking a vacation to recover from the demands of a hectic work schedule, he woke up one evening to find that his body was trying to tell him something.

“I had to use the restroom and I was thirsty. As soon as I drank the water, I had to go back to the restroom. And then that began a vicious cycle,” he recalls. “Between the hours of 11:30 p.m. and 2 a.m., I drank an entire five-gallon jug of water. And I was like, ‘uh oh, I think those are the telltale signs of diabetes.’”

After going to visit the doctor the following morning, his blood work came back and showed that his blood sugar reached as high as the 240s, a staggering number. His concerns were correct — he was diagnosed with Type 2 diabetes.

The condition has impacted Anderson’s family significantly, beginning with his late father, who lived with the condition for almost 20 years before officially being diagnosed. “Looking back at the symptoms, that made me realize that I was a diabetic. They were the same symptoms that my father had growing up,” he says.

After losing his father to complications related to the disease, the actor realized that it was up to him to change his habits and lifestyle in order to live a long life for his family. “I didn’t want my family and children to have to go through what me, my siblings, and my mother went through with the passing of our father,” he shares. “I wanted to do everything that I possibly could to be as healthy as I could be, for myself, but more importantly, for my family.”

In order to bring light to the reality of living with this condition, Anderson, 51, has teamed up with Get Real About Diabetes to spread awareness and to help put an end to stigmas and shame around the disease and keep people informed.

With that in mind, he has incorporated healthier eating and daily exercise into his routine. Self-care for Anderson looks like putting his physical and mental health first. “I take time for myself; meditating, and doing yoga,” he says. “I start my day walking around barefoot grounding myself.”

As mentioned, he is prioritizing his health and wellness now not only for himself but also for his family. And putting family first is also what the actor did on-screen for eight seasons as Andre Johnson on Black-ish. The series wrapped up in April.

“I think our lasting legacy will be the authenticity of this unapologetic Black family, their views, and what their world was actually like,” he says. “[The Johnsons] didn’t want anything different than anybody else in this world, other than to have a better life than they had growing up and to pass it on to their children and live the American dream.”

For Anderson and Black-ish creator Kenya Barris, the show was more than an episodic display of a modern family. It was a mirroring of their own experiences navigating the world as accomplished Black men coming from adverse circumstances and backgrounds. “We dealt with the pitfalls of being a successful family, moving out to the suburbs being the only African American family in their neighborhood, which is what Kenya Barris and I [experienced],” he says.

“We took a page from Norman Lear with All In The Family and The Cosby Show, with characters that were unapologetic in who they are and what their stances were —  something that had social commentary and spoke to the people,” he adds.

With endless options of content and TV shows to consume nowadays, it’s important to him that the mark he leaves with the celebrated show is one that stays with its audience for years to come. “That’s what our lasting legacy will be: the unabashedly, unapologetic truth in which we told these stories and how we entertained and educated — ‘edu-tained’ — at the same time.”

And off-screen, he hopes to make an even bigger mark by helping to save lives, using his platform to educate his community about diabetes prevention and support. “I knew that it was my responsibility to do so,” he says. “[I wanted] to provide a place where people could get information, learn how they can prevent getting this disease, and if they’re diagnosed, to know what their options are.”

To learn more about the symptoms and how to manage type 2 diabetes, visit https://www.getrealaboutdiabetes.com/ for more information.