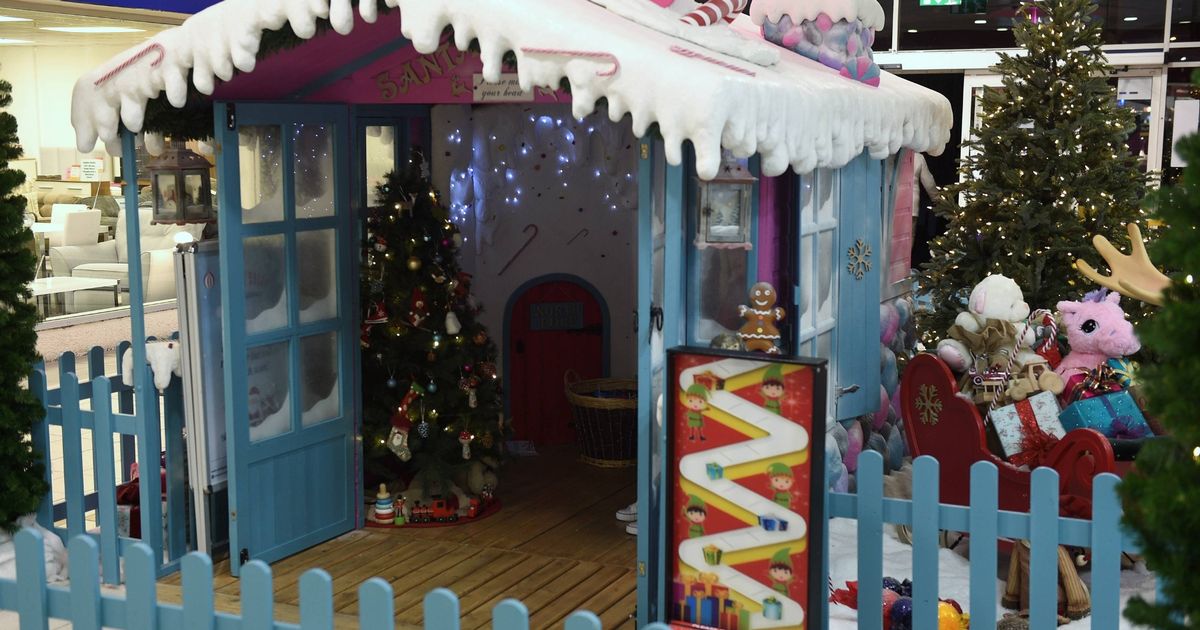 An irate mum who reportedly spat at a shopping centre Christmas elf when her son was not allowed in Santa’s Grotto has been branded "disgusting" – and offered training.

The "abhorrent" incident took place during ‘autism hour’ when lights and noises are dimmed and bookings for the grotto needed to be made in advance.

But the mum is said to have lost her temper when told this at the Castlegate Shopping Centre in Stockton-on-Tees, County Durham.

Now, The Autism Society has come forward to offer the woman training over a mince pie and coffee to better understand the condition, reports Teesside Live.

Lindsay Bruce and Kerry Highcock, from the charity, said they would like to give the woman "the benefit of the doubt" and have extended the offer of training about the condition.

Lindsay said: "It is disgusting. No parent should behave like that.

"We would like say to the staff at Castlegate Centre thank you so much for taking the time and effort to put on a relaxed Santa experience, it means so much to the thousands of people we work with.

"We know the need is huge in Teesside. Please do not give up what you’re doing."

Lindsay continued: "We don’t know at this point whether this lady had a child who was autistic, in which case she became very angry and frustrated at that situation or whether in fact she was just a parent in the queue angry that she had to wait.

"In either circumstance that is not acceptable. No human should behave like that.

"No mother should behave like that. A lot of children would have been distressed at that situation.

"We’re not going to make any excuses for that lady, but a lot of behaviour is rooted in ignorance and perhaps she didn’t know queueing was an issue for autistic children.

"Perhaps she didn’t know that to make that experience really enjoyable she would need to wait to one side in order to make a Christmas dream come true for some other child."

Lindsay said the charity would offer anyone in the North-east – over a mince pie and a coffee – training to raise awareness about autism and neuro-diversity.

Kerry Highcock, the charity’s family development manager, said: "We want the same opportunities for everybody whether they are autistic or not.

"It’s important that everyone has a meaningful experience."

Kerry complimented the Castlegate centre for setting up the "relaxed" grotto: "What we are all about is increasing that positive societal change for our individuals.

"That is what the work we do is all about.

"We want people to have the same experiences as everybody else.

"We want to give out positive messages about autism and changing attitudes."

Cleveland Police has confirmed it is investigating.

Shopping centre manager, Karen Eve, said a woman became irate after being told slots to see Santa had to be pre-booked.

She described the incident as "absolutely appalling" but confirmed the female staff member was absolutely fine, despite being shocked and shaken when she was spat at.

She said 300 children have used the popular grotto, which is open five days a week, and the overwhelming majority of families would "never tolerate" such behaviour.

"Our customers would never tolerate this all year round, and especially at Christmas people are usually in good spirits," she continued.

"Our grotto raises around £2,000 to £3,000 for local charities and good causes every year. So for something like this to happen is appalling."