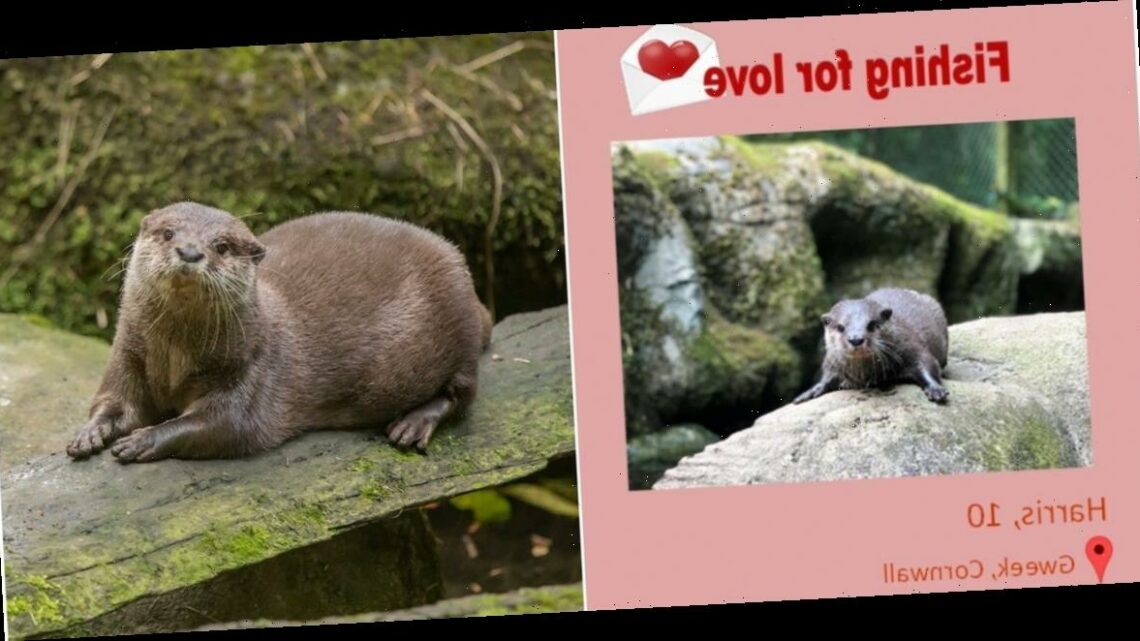 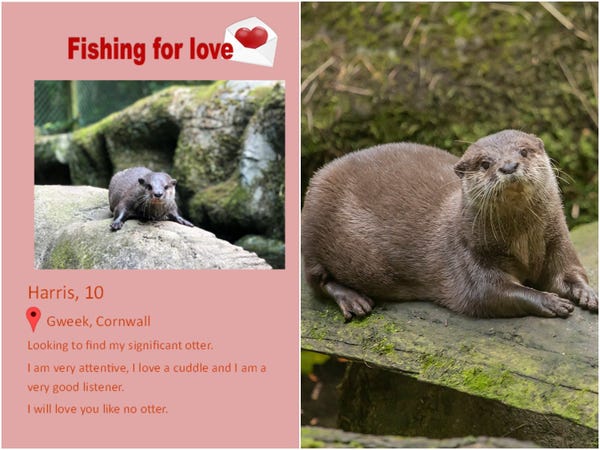 An animal sanctuary made sure that one of its otters wouldn't be lonely after his mate died.

"Harris was a really sweet and dedicated partner to Apricot," Georgina Shannon, the marketing director at the Cornish Seal Sanctuary, told Insider.

Shannon said that Harris appeared sad following the death of Apricot, and that otters are meant to live in pairs.

"He was feeling a bit down in the dumps, and otters like being in a pair, so him losing his partner was something that was really upsetting for him and the team," she said.

To help give Harris a second chance at love, the team at the sanctuary came up with the idea to make him an online dating profile in early September.

They jokingly named the dating site, which was created specifically for Harris, "Fishing for Love." The dating profile included a photo of Harris alongside a bit of information about him.

"Looking to find my significant otter," the profile reads. "I am very attentive, I love a cuddle, and I am a very good listener; I will love you like no otter."

Luckily, a few weeks after putting up the dating profile, the team at Cornish Seal Sanctuary got a response from the SEA LIFE Scarborough animal sanctuary in Scarborough, England.

SEA LIFE Scarborough is home to a female Asian short-clawed otter named Pumpkin, who lost her partner on September 24.

The sanctuaries decided to bring the otters together, and Harris will be moving to Scarborough to be with Pumpkin "very soon."

Shannon said that introducing Asian short-clawed otters can be "difficult and nerve-wracking," but their best chance at getting it right is letting the male move to the female's habitat, as females are dominant in the species.

A representative for SEA LIFE Scarborough told Insider that Pumpkin has been lonely since she lost her mate, and that they are excited about Harris' arrival.

"After having recently lost her best friend Eric, Pumpkin has been extremely lonely," the representative said. "We are delighted that Harris will be coming to join her at SEA LIFE Scarborough, and hope his arrival will provide Pumpkin with comfort and companionship."

"We think they are a really good match, and we hope they are both happy after losing their partners and that they have a really lovely life together," Shannon added.

Protect Your Money And Yourself