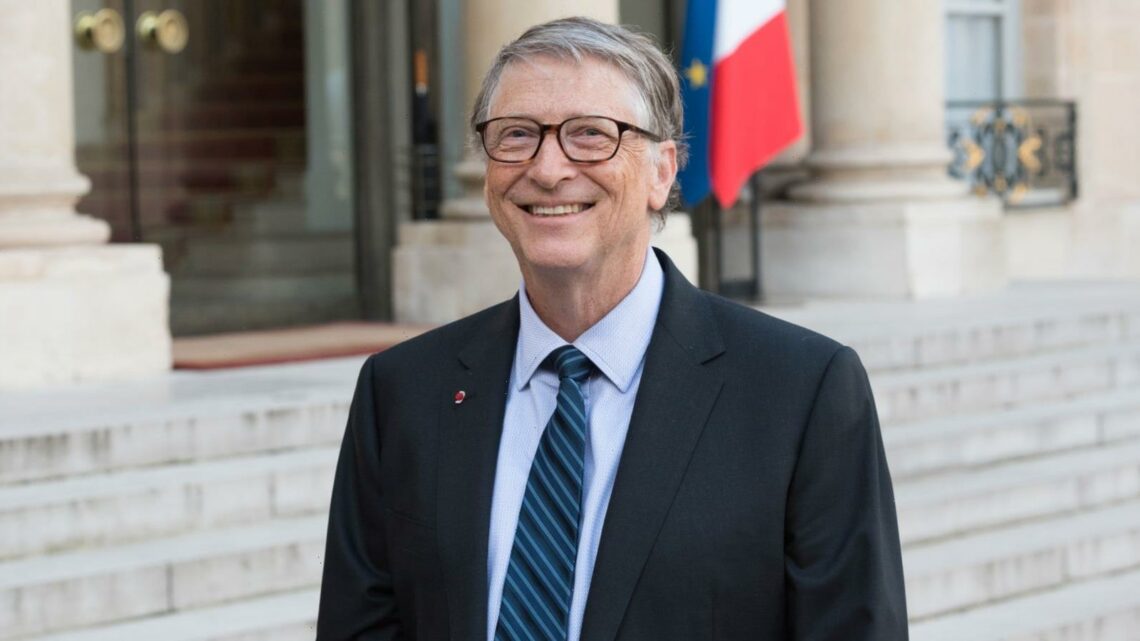 Bill Gates founded Microsoft in 1997, and the company was valued at $61 million when it went public. As their products gained success, Microsoft began to reach new heights in the growing IT sector. The strong growth of his company has made Gates one of the richest people in the world, with a net worth of an astonishing $135.2 billion. His multi-billion dollar bank balance allows him to buy the most extravagant things money can buy. Nothing tops the list than owning an aircraft. But Gates doesn’t just own one aircraft, and he owns six of them. Gates once stated that his guilty pleasures were private planes and Porsches, so it’s not a surprise that the billionaire indulged in his interest and spent a few hundred million.

Bill Gates not only owns multiple aircraft, but he has also entered the private jet segment with a $4.7 billion deal to buy the Signature Aviation company. While his deal is still underway, let’s take a look at the amazing airplanes and choppers in his collection.

The first out of the six in the aircraft collection is the Bombardier Challenger 350, which Bill Gates owns through his partnership with NetJets. NetJets sells fractional ownership shares in the private jet segment, as stated by Super Yacht Fan.

The first Bombardier is registered as N769QS and has the quietest and largest cabin in the class. It can carry 10 passengers at a time and has a maximum range of 3,666 miles. The Challenger 350 has won many awards and is the best-selling business jet amongst charter operators.

Bill Gates’ second jet is another Challenger 350 costing $28 million. His business jet is registered as N754QS and also has a seating capacity of 10 people. The cabin has metal trims and foldout tables carefully designed for a seamless private jet experience. The Challenger 350 offers high-speed Ka-band air-to-ground internet for conducting a video conference meeting or catching a football game.

Designed to suppress sounds, the Challenger 350 has an acoustic curtain and galley pocket door that make it a quiet cabin. The Challenger 350 may take longer intervals; however, the increased efficiency offers lower direct operating costs, making it an efficient buy.

The next on the list is another pair of private jets. The Gulfstream jets were purchased after 2018 and were bought as a replacement for Bombardier 700 Global private jets. According to Simple Flying, the first jet is registered as N887WM with a company named Mente LLC. The WM stands for William and Melinda Gates’ initials, while the number 87 stands for 1987 when the couple first met.

The G50ER can fit up to 18 passengers and comes with a maximum range of more than 8,600 miles. The jet holds the record for flying the farthest at the fastest rate as a business jet in 2019. It flew from Singapore to Tuscon, Arizona, in 15 hours and 23 minutes.

The next Gulfstream 650ER also has a cost of $70 million and is registered as N194WM, which stands for William and Melina, while the number 1994 is the year the couple got married. The Gulfstream is similar to the first jet and offers spacious seating, and has four separate areas for relaxation, entertainment, dining, and work. The handcrafted leather seats can be transformed into a bed and can sleep at least ten people at once.

The jet provides fresh air and the lowest cabin altitude. As stated by Gulfstream, there are sixteen windows on the jet that can give natural lighting during the day. With each seat positioned by the window, every person can look at the stunning view outside. There are more than 400 G650ERs in service, and it is the most trusted business jet in the world.

One of the most powerful planes in the commuter market, the Cessna 208 Seaplane comes with a 900 HP engine that makes the plane fly faster and further distances. The 208 Seaplane can seat 10 people at once and has a spacious interior for comfort. Bill Gates’ jet is registered under N459WM, and the initials again stand for William and Melinda. The seaplane reportedly cost the Microsoft founder less than his other jets, with a price of $1.8 million.

A multi-purpose aircraft built with state-of-the-art technology, the Eurocopter EC135 is one of Gates’ favorite possessions. The Eurocopter can seat up to 5 passengers and 1 pilot, as noted by Flying Bulls. It has a maximum speed of 180 MPH and an endurance of 2 hours and 30 minutes. The serial production of the helicopter began in 1996, and the company has sold more than 1000 units since then. Gates purchased the Eurocopter for a price of $4 million.

From private jets to seaplanes and helicopters, Bill Gates loves to travel in style. Gates is also conscious about the environmental emissions of his aircraft, so he uses sustainable jet fuel that will offset the aviation to achieve zero carbon emissions. With his constant search for energy solutions, it won’t be long before Bill Gates partners with innovative ventures to create a sustainable fuel for private and commercial aviation.

READ NEXT: How Private Jets Are Closely Tied To Meghan &amp; Harry’s History

UK weather: Massive downpours to sweep the country this weekend with fears of more flash flooding after towns evacuated