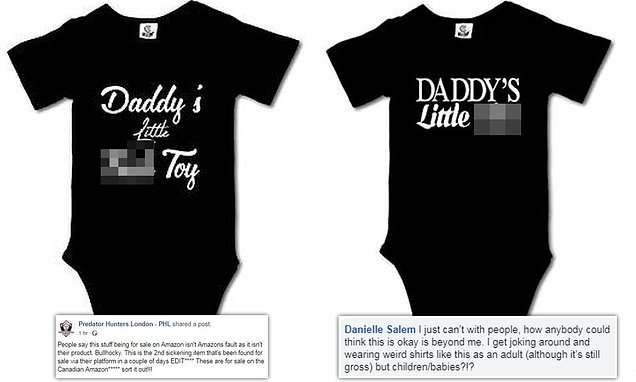 Online shoppers have been left outraged after spotting baby bodysuits for sale on Amazon with logos like ‘Daddy’s Little S***’.

Other tops from the Amazon seller VanBer had the logo ‘Daddy’s Little F*** Toy’ and ‘Daddy’s Drinking Buddy’.

Adverts for the range of children clothes were shared on Facebook by outraged shopper calling for people to boycott Amazon until they removed the garments. 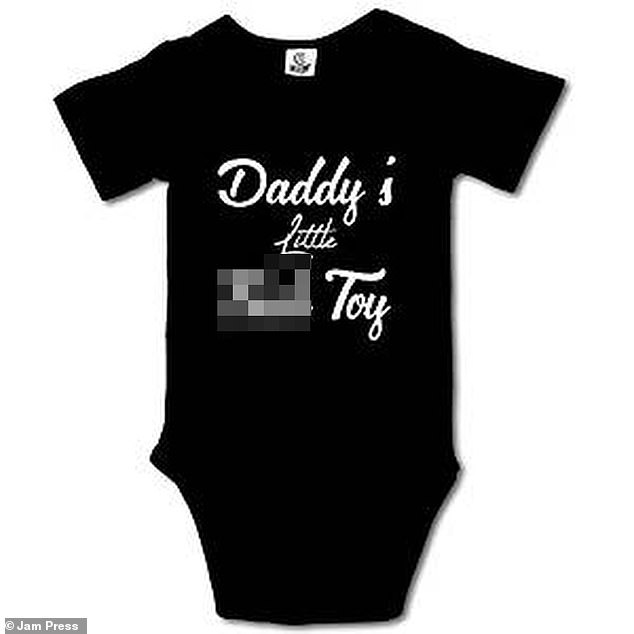 One of the t-shirts that caused controversy, which was for sale for newborn babies, reads ‘Daddy’s little f*** toy’

The tops came in a range of sizes, for newborn babies aged 0-3 months, up to children aged 2 years.

Online shoppers were disgusted by the products, and took to social media to share their outrage.

One user wrote: ‘People say this stuff being for sale on Amazon isn’t Amazon’s fault as it isn’t their product. Bullhocky.’

‘This is the second sickening items that’s been found for sale via their platform in a couple of days. Sort it out!’ 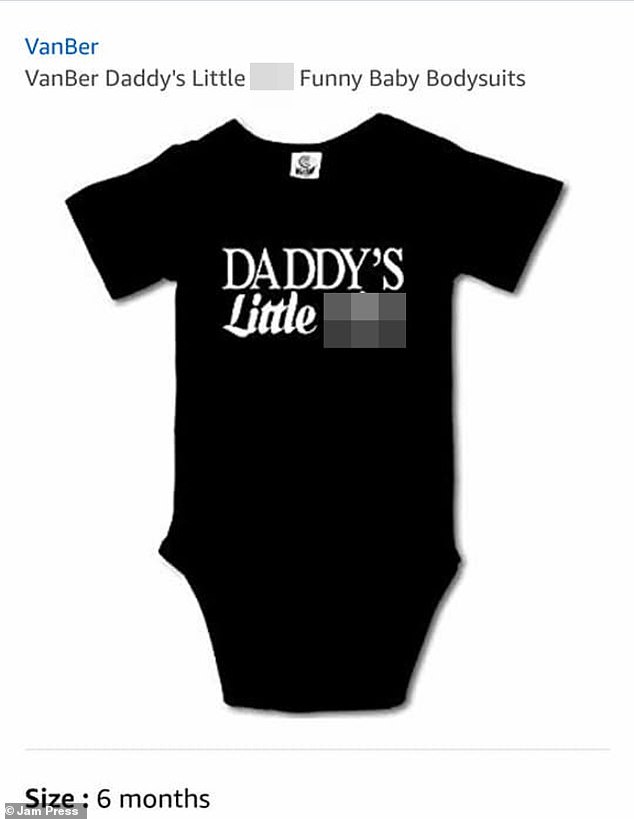 Another of the babygrows, which has now been removed from the site, featured the words ‘Daddy’s Little S***’

The baby grows are advertised as sizing for those as young as ‘0-3 months’ and are sized for 6 months, 12 months, 18 months and 24 months.

They were for sale from a Canadian store called Vanber, which also advertises adult t-shirts with similar ‘humorous’ slogans on.

The two items have since been removed from the site, but it still features several of questionable taste, including one which reads  ‘Relax Gringo I’m Legal’. 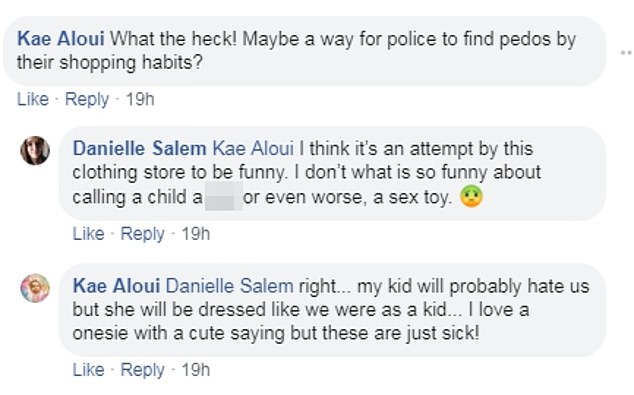 Facebook users shared their horror about the baby grows, with many calling them ‘sick’ and ‘gross’

There were no product reviews of the items, suggesting that no orders had been placed before they were removed.

One user commented: ‘I just can’t with people. How anybody could think this is okay is beyond me. I get joking around and wearing weird shirts like this as an adult (although it’s still gross) but children/babies?!?’ 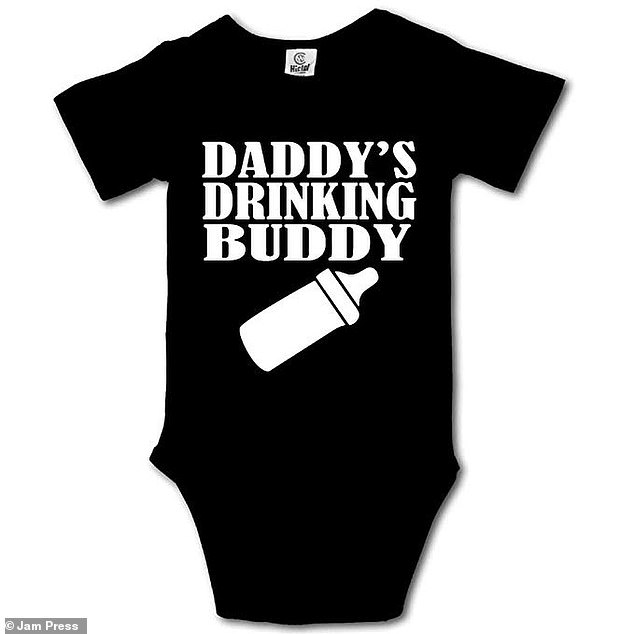 Facebook user Kae Aloui wrote:’What the heck! Maybe a way for police to find pedos by their shopping habits?’

Danielle Salem replied:’I think it’s an attempt by this clothing store to be funny. I don’t what it is so funny about calling a child a s*** or even worse, a sex toy.’

Kae responded, saying:’Right…my kid will probably hate us but she will be dressed like we were as a kid….I love a onesie with a cute saying but these are just sick!’