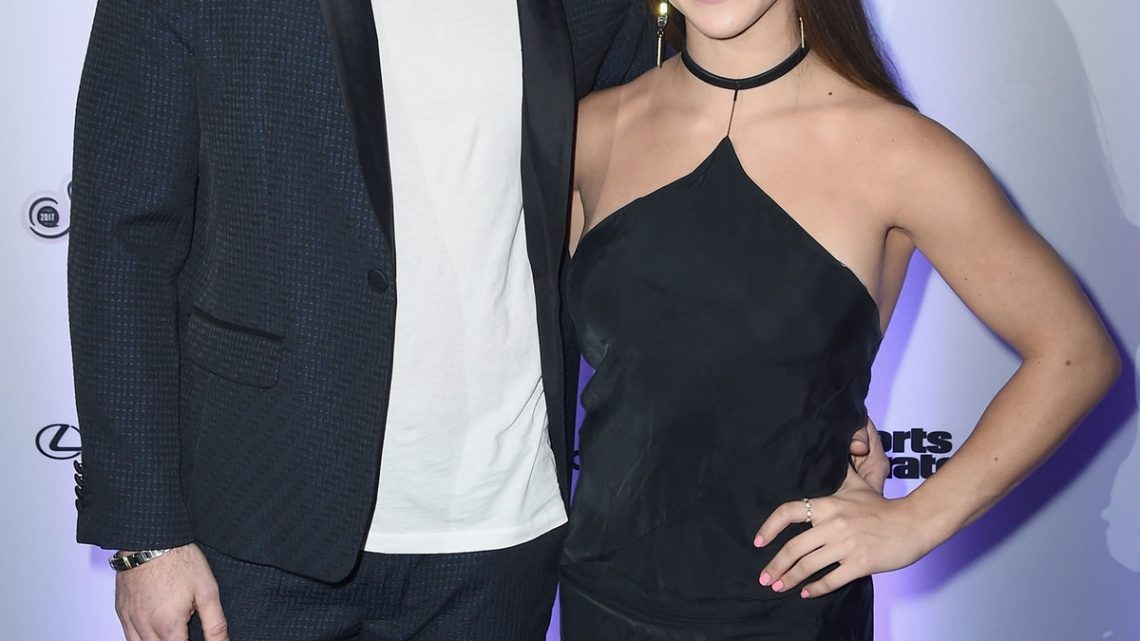 Looks like the bloom is off that rose. Millions tune in week after week to see Aly Raisman’s ex Colton Underwood find love on The Bachelor — but the the Olympic gymnast isn’t one of them. “I don’t watch the show," she revealed to People of the ABC reality TV dating juggernaut in a recent interview. "We broke up a couple of years ago and we really — we have not talked in a really, really long time.”

Indeed, the pair began dating in late 2016 and split less than a year later. So, really, who can blame her? For anyone who’s gone through a breakup, just running into an ex and their new flame is bad enough, much less having to watch one date several women weekly with the ultimate goal of getting down and one knee and slipping a Neil Lane sparkler on her ring finger… No, thanks.

While the Olympian has been pretty tight-lipped about her ex-boyfriend post-split, Colton has spoken about Raisman in recent months, even calling her his "first love" during a January episode of the LadyGang podcast with Keltie Knight, Jac Vanek and Becca Tobin, per E! News. The hosts asked about the former football player’s "worst heartbreak" and he confirmed that it didn’t happen anywhere near the Bachelor mansion. Nope, it was when his relationship with Raisman didn’t work out. 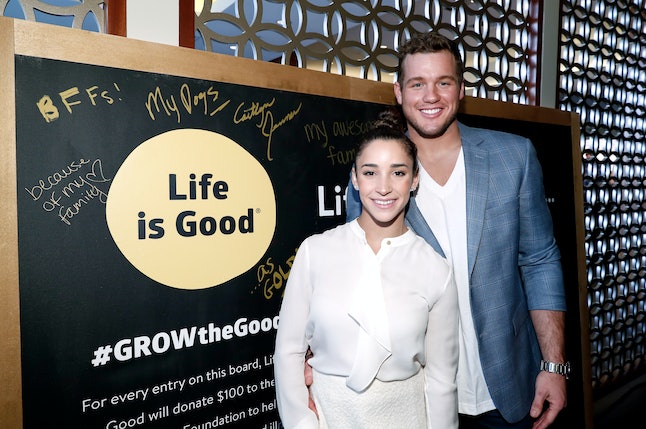 “While it was confusing and hard in the beginning, it also taught me a lot about myself — what I need, what I want, what I can do better in a relationship,” he shared. “It was a big step for me. It was really tough.”

"My roommate, my teammates, everybody over here is super proud of you," he said in a video, per Teen Vogue. "If you’re ever in San Jose and want to go on a double date…" Raisman responded on Twitter: "@Colt3FIVE thanks for the sweet video…. looking forward to meeting you :)"

They went public as a couple at at the Sports Illustrated Sportsperson of the Year Ceremony that December and attended many other high-profile events together, including the Golden Globes. “He’s just a very thoughtful person," Raisman told People at one of their joint public outings in 2017.

During the same interview, Colton insisted that, although their rigorous training schedules did often keep them apart, the distance was not an issue. "There’s something always on our schedule, always on our agenda, that anytime we can make something like this that is on our schedule into a little date or or time, it’s great,” he added to People.

But, by June 2017, the distance had become an issue, and Colton told The Lincoln Journal Star that they had ended their relationship. 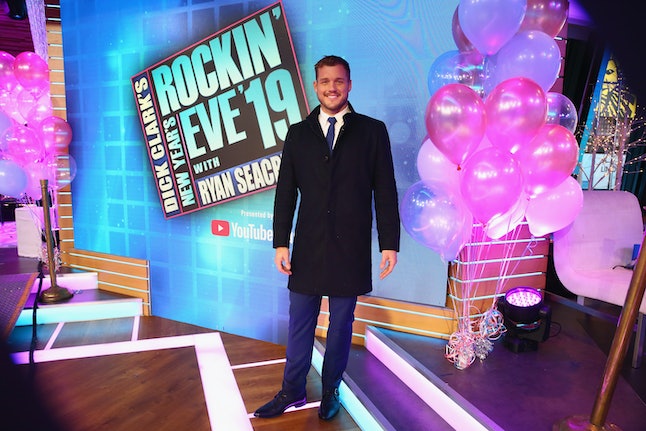 “We’re taking a break right now," he said at the time. "We’re still good friends and talk, but all that travel had been a nightmare," also saying the public attention “put a lot of pressure on us,” though they “had fun with it.”

Since then, they’ve clearly both moved on and keeping their sights set on the future.