Home » Lifestyle » After top Grammy win, singer H.E.R. is heading to the Oscars 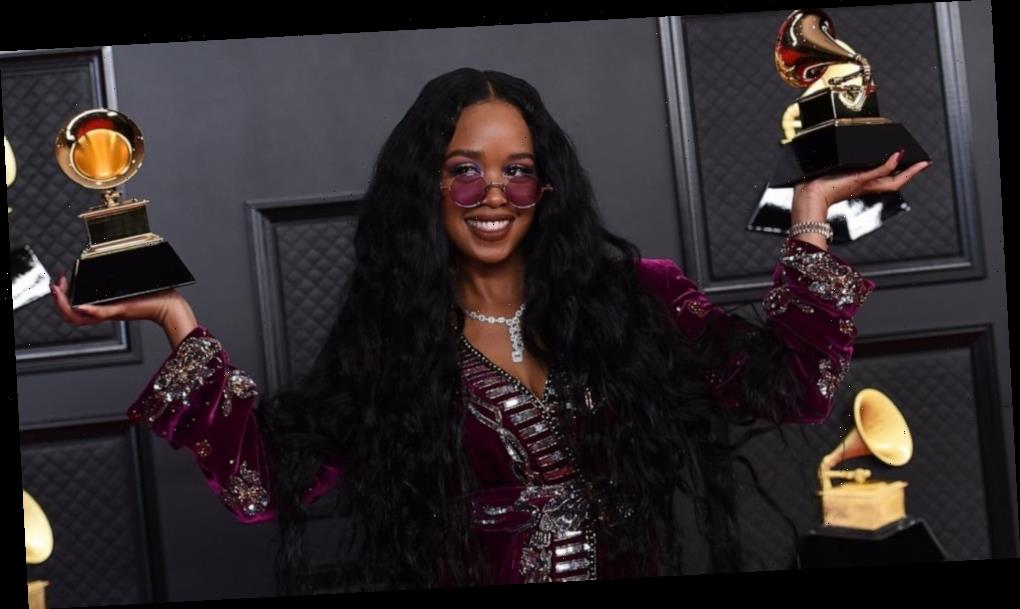 After top Grammy win, singer H.E.R. is heading to the Oscars

NEW YORK — A night after winning the top Grammy Award for songwriting, R&B singer H.E.R. and her collaborators Tiara Thomas and D’Mile have become Oscar-nominated songwriters.

H.E.R.’s protest anthem “I Can’t Breathe” won song of the year at Sunday’s Grammys, and another soulful song with poignant lyrics by the singer — “Fight for You” from “Judas and the Black Messiah” — is nominated for best original song at the 2021 Academy Awards.

H.E.R. wrote both tracks with D’Mile — the uber-talented producer who has created songs for everyone from Janet Jackson and Bruno Mars to Beyoncé and Jay-Z — and Thomas, a singer who has had success with her own music and has written other songs with H.E.R. like “Avenue” and the double-platinum hit “Slide.”

Leslie Odom Jr. will also compete for best original song with “Speak Now” from “One Night in Miami…,” which he wrote with Sam Ashworth. The Tony and Grammy winner is a double Oscar nominee this year, also earning a nomination for best supporting actor, and his success mirrors achievements made by Mary J. Blige, Lady Gaga and Cynthia Erivo — performers who earned both acting and music nominations in the same year.

Diane Warren is vying for her 12th Oscar nomination with “Io Sì (Seen)” from “The Life Ahead (La Vita Davanti a Se),” which won her a second best original song Golden Globe last month. She shares the nomination with Laura Pausini.

Other best original song nominees include R&B singer Celeste’s “Hear My Voice” from “The Trial of the Chicago 7,” which she co-wrote with Daniel Pemberton, and “Husavik” from “Eurovision Song Contest: The Story of Fire Saga.” The latter track was written by Grammy-nominated songwriter-producer Savan Kotecha, who works closely with pop music maestro Max Martin and has crafted hits for Ariana Grande, The Weeknd, Ellie Goulding and more pop stars. Kotecha shares his nomination with Fat Max Gsus and Rickard Göransson.

Like Odom Jr., Nine Inch Nails’ Trent Reznor and Atticus Ross are double nominees, earning nominations in best original score for “Mank” and “Soul,” sharing the latter with Jon Batiste. The duo of Reznor and Ross have won a number of awards for their scoring work, including an Oscar, Grammy, Emmy and Golden Globe.

Grammy-nominated R&B singer Andra Day, best known for the anthemic song “Rise Up,” is nominated for best actress for portraying Billie Holiday in “The United States vs. Billie Holiday.”