Home » Lifestyle » After ‘Star Wars’ Obi-Wan Kenobi Delay, Is the Force Still Strong With Disney Plus? 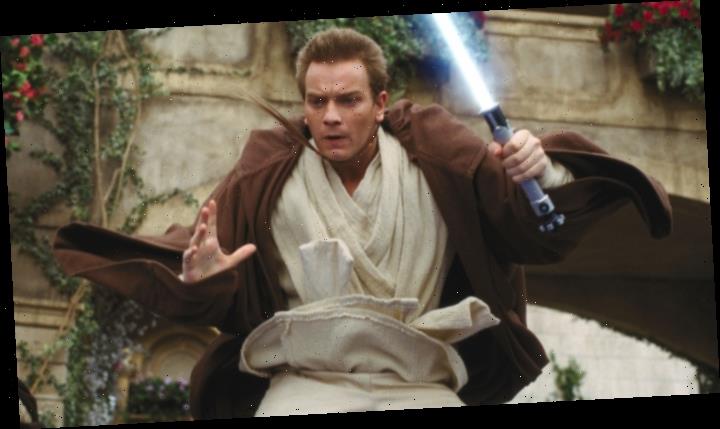 After ‘Star Wars’ Obi-Wan Kenobi Delay, Is the Force Still Strong With Disney Plus?

The issues on Disney Plus’ Obi-Wan Kenobi series are either a minor stumble or a portent of trouble ahead, depending on who you ask.

It was reported on Thursday that series writer Hossein Amini was no longer attached to the project as Disney wished to overhaul the scripts. The move led to pre-production in London being put on hold with the start of production delayed from August 2020 to January 2021. Ewan McGregor, who is set to reprise his film role as Kenobi in the series, told Variety late Thursday that the changes are “not really as dramatic as it might seem.”

“I think the scripts are great,” McGregor said at the “Birds of Prey” premiere. “They’re in really good shape. They want them to be better. I think we keep our same airdate. All good.”

But the Kenobi series had already seemed set since last summer. Lucasfilm president Kathleen Kennedy said that “We have all the scripts written, we’re ready to start shooting next year” when she officially announced the series alongside McGregor at D23 in August.

The exact airdate is a question mark as well. Given the delay, it is reasonable to assume that the Kenobi series will not be anywhere near ready for viewers until the end of next year. In the way of premiere dates, then, the only new Lucasfilm episodes that are bound for Disney Plus in 2020 are the animated “Star Wars: The Clone Wars” — its seventh and final season will debut with weekly episodes on Feb. 21 — and Season 2 of “The Mandalorian,” which creator Jon Favreau has said will debut in fall 2020 and is currently in production.

And multiple sources tell Variety that it would be safe to assume that the “Rogue One” prequel series centered on Diego Luna’s Cassian Andor will premiere on the streamer in 2021.

It’s worth pointing out that while it is not ideal for a writer to exit, such a shift in development is not uncommon for television and film projects. Any number of shows and movies have undergone drastic changes during the writing process. Hits like “Game of Thrones,” “30 Rock,” “Sons of Anarchy,” and “Star Trek” have gone so far as to either re-shoot major portions of or entirely re-shoot their pilots for various reasons. “Star Trek” even famously incorporated the original pilot into the two-part episode “The Menagerie” during its first season.

The question now becomes who will be brought in to replace Amini. According to industry sources, Disney is already exploring several possibilities but nothing official has taken place as of yet. Given the nature of the project, the company will no doubt have the pick of the litter in terms of bringing in a well-known writer and showrunner. One obvious solution would be to bring in someone from “The Mandalorian” aside from Deborah Chow, who directed multiple episodes of “The Mandalorian” and will direct all of the Kenobi series. Two potential solutions could be Dave Filoni and Christopher Yost, who both wrote episodes of “The Mandalorian,” with Filoni also directing two of them.

Filoni is well-known for his work on multiple “Star Wars” animated series, with “Star Wars: The Clone Wars” in particular heavily featuring Kenobi as a character. Yost has a long history of working in the Marvel universe and also wrote multiple episodes of the animated series “Star Wars Rebels,” which was co-created by Filoni. One thing that could prevent Yost from joining the Kenobi series, however, is his work on the upcoming live-action “Cowboy Bebop” show at Netflix, which was itself put on hiatus after star John Cho broke his leg.

Expectations are high as ever for anything “Star Wars,” particularly projects premiering on Disney’s new entertainment platform, which is vying with a bevy of streaming competitors for customer dollars. Are two fresh seasons of Lucasfilm series enough to appeal to subscribers this year? There’s a great deal more TV shows and movies than that on the service, of course, and Disney’s massive content library is nothing to sneeze at, but by mid-2020, there will be more than half a dozen strong SVODs on the market, and only so many customers to go around.

Furthermore, sellers are unclear whether Disney Plus wants more adult-skewing action fare to complement the “Star Wars” and Marvel brands. Given that most if not all the other content on Disney Plus is very family-focused, the perception remains that more adult shows will find a home at Hulu.

Despite the Obi-Wan delay, it’s not all bad news in the way of production updates; certain Disney Plus series are experiencing quite the opposite. Marvel’s “WandaVision,” for instance, is moving up its premiere from 2021 to 2020.

But after the behind-the-scenes issues on standalone “Star Wars” films like “Rogue One” and “Solo,” the Mouse House is no doubt feeling cautious about rushing another property in the franchise to market. Disney chairman and CEO Bob Iger has repeatedly said that the company is now taking a “less is more” approach to more “Star Wars” projects, given that five films and one series have been released since 2015.

And the 30,000-foot question, in these heated streaming times, centers on how the “Star Wars” franchise and its Marvel and Pixar brethren can continue to grow interest in Disney Plus, a competitively priced SVOD that already attracted an estimated 24 million U.S. subscribers by the end of its debut month. Netflix continues to unveil show after show, while CBS All Access has a steady drumbeat of “Star Trek” properties outlined for the service.

As Disney’s next earnings report approaches on Feb. 4, investors and fans alike will be watching for any morsels of updates about what to expect next — not just from Obi-Wan, but from the entire Mouse galaxy.