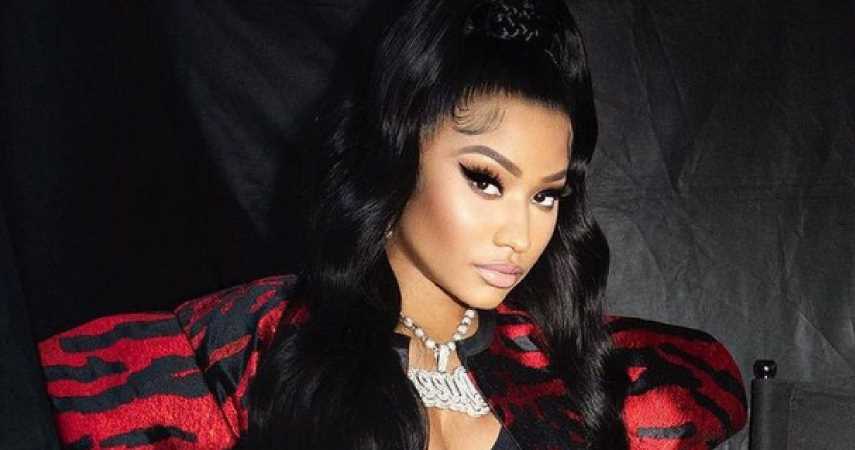 naj is finally a homeowner! The rapper recently dropped $19.5 million on a lavish estate in Hidden Hills after house hunting for the last several years, during which time she’d been renting in an effort to find something permanent.

According to Dirt, the home comes with over 11,800 square feet of living space, which includes 10 bathrooms and 8 bedrooms. It sits on a 1.04-acre parcel of land.

The home is completely new. In fact, it was only completed earlier this year by a local developed, who didn’t even have a chance to officially list the property before Nicki scooped it up.

The expensive price tag is explained by the many luxurious features the house comes with. It features a separate guesthouse and poolside cabana, complete with a saltwater pool, a spa, and a Baja shelf meant for sun tanning.

The home’s other outdoor features include sprawling grassy laws, a number of private terraces and balconies (including one adjoining the master suite), and enough garage space to hold three vehicles.

While Nicki was renting up until now, she was certainly living in the lap of luxury. Her current rental home sits on a hilltop in Calabasas and features 6 bedrooms and 9 bathrooms.

Built in the 1990s, the rental property features over 10,000 square feet of living space, making it only slightly smaller than Nicki’s newest purchase.

Nicki is known for renting over buying. She previously lived in a Beverly Hills mansion that used to house Frank Sinatra.

In 2021, it was reported the mansion was available to rent for $40,000 per month. Nicki never confirmed that she owned the home, so it’s speculated that she rented during her brief time living in the estate.

It’s unclear why Nicki now decided to put down roots by buying a home, but her hope to expand her family could be a motivating factor.

Nicki shares a 2-year-old son with her husband Kenneth Petty, but the singer, 40, has been vocal about her desire to have more kids. In 2021, she confirmed she hopes her family will “grow,” but didn’t give a timeline.

Perhaps buying a bigger house indicates that Nicki is ready for another child and wants a permanent place to raise her family.