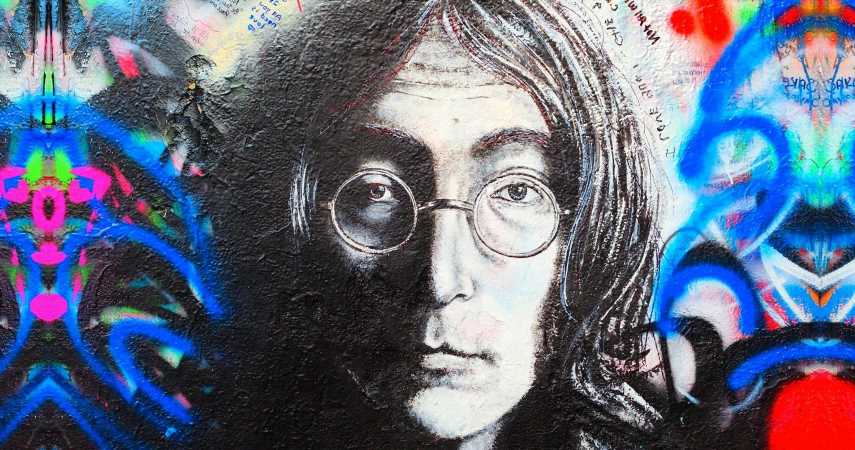 After Life: Twelve Celebrities Who Continue To Earn Millions Posthumously

Most of us have heard the saying “the rich get richer.” However, you may be surprised to learn how substantially more wealthy some celebrities get, well after their death. Some artists continue to live out their legendary status well after their time on this earth has come and gone, and others actually only reach iconic status after they’ve passed away.

There’s an astounding amount of wealth that is acquired posthumously, but of course, the famous faces that have come and gone do not see the benefits of these enormous paychecks. Instead, the millions upon millions of dollars that are earned after a celebrity has passed on, end up in the hands of their beneficiaries, and as The Wealth Advisor indicates, goes towards the overall net value assessment of their estate. The money generated in the afterlife often supersedes the wealth that these famed artists were ever able to enjoy during their time on earth, and the numbers will shock you…

Tupac Shakur was only worth $200,000 at the time of his passing, and he reached iconic status after his death. In fact, it was his passing that launched him to greater heights and to levels of superstardom that he was never able to enjoy when he was alive. His death in 1996 stunned adoring fans who went on to idolize his legacy and buy his albums and merchandise in abundance. His estate is now worth well over $40 million.

RELATED: Michael Jackson’s Neverland Statues Up For Sale For $2.5 Million

Aaliyah was admired at the time of her death and fans affectionately called her ‘the princess of R&B.’  At the time that her fully loaded plane came crashing down, her estate was worth $8 million. Just weeks ago, and much to the dismay of her family, her music became available on streaming sites for the very first time, and she is poised to earn millions within the first week of release.

The world went silent at the news of the death of Marilyn Monroe in 1962.  Her larger than life persona had already catapulted her to incredible heights, and people continued to fall in love with her well after she passed away. In 2018 alone, the AJC reports that her estate earned $18 million. Her image is iconic and the primary profits are established through branded merchandise.

Prince has maintained his legendary status well after his death in 2016. Just two years after he passed away, sales of his albums and merchandise accounted for $13 million, and he sold 250,000 albums in one year alone. His family is largely responsible for his posthumous success, as they continue to release family videos and behind the scenes footage that generate millions.

When Michael Jackson was alive he earned millions, lost millions, and was always finding new ways to capture the hearts of his devoted fans. Since the time of his death in 2009, his estate has continued to generate his fanbase and has drummed up well over $400 million as of 2018, as reported by List Wire.

John Lennon’s legendary status was already known prior to his death, and continued to grow in leaps and bounds after his assassination in 1980. He reportedly earns well over $14 million a year based on album sales and licenses that exist over a series of projects. He continues to earn millions from the sale of Beatles-branded merchandise, books, posters, clothing, and so much more.

Bob Marley will forever be admired for this island tunes and his chill-vibe. Artists around the globe name him as being the inspiration of their own success, and after his death in 1981, his popularity continued to soar. A true legend in every form, Marley’s estate continues to generate millions of dollars worth of sales from streaming sales as well as merchandise bearing his image, and in 2018 alone, he earned a whopping $23 million.

When Juice WRLD died by accidental overdose in 2019, the young, aspiring artist was already worth $3 million. The music industry was reeling from the loss of another artist that was taken from them too soon, and his colleagues and fellow artists worked hard to keep his memory alive. It worked. A year after his death, sales of his products and albums raked in an astounding $15 million, which is more than 4x the amount he made over his lifetime.. in one year.

The devastating helicopter crash that took the life of Kobe Bryant, his daughter Gianna, and fellow passengers gripped the headlines in 2020. Already a prominent name in the world of basketball, Kobe Bryant had fully enjoyed the lavish lifestyle that his income had afforded him. Just a year after his death, it was reported than his estate had earned an additional $20 dollars, and that number is expected to continue to grow over time.

Generations of fans and music lovers will always know Elvis Presley as being a true legend, and his passing in 1977 only fueled the love that fans felt for him even more. His image is truly iconic and continues to generate millions in profits. Last year alone, over one million of his albums were sold, generating well over $40 million in sales.

Whitney Houston’s life came to a tragic end in 2012, and fans continued to obsess over her signature sounds well after her passing. Her adoring fans still gravitate towards her music on streaming sites, and the success of the Kygo remix of Higher Love generated millions in posthumous sales. Houston continues to earn roughly $9.5 million each year.

The violent death of Nipsey Hussle in 2019 sent his fans reeling in shock. Gun violence is always something he had spoken out against, and he had spent much of his life dedicated to bettering his community.  During his prime days of entertaining the masses, Hussle insisted on retaining the rights to his music, which has led to well over $11 million in earnings.