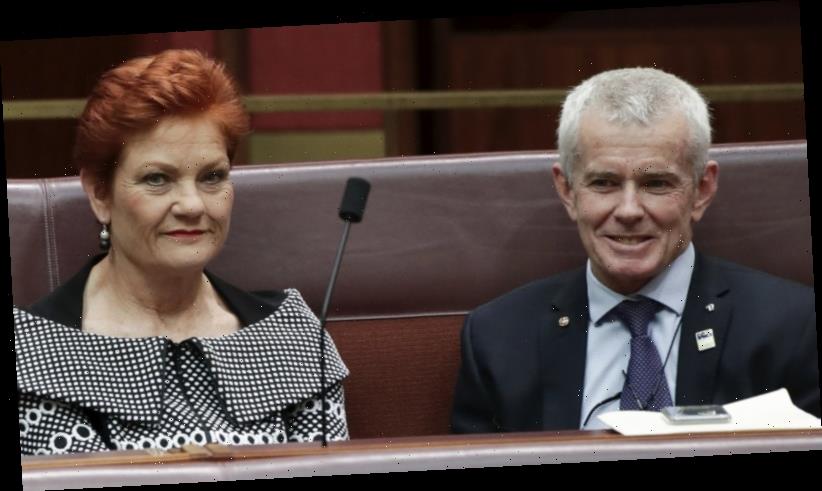 ACTU ups pressure on crossbench amid negotiations over industrial bill

A choice for casual staff to become permanent sooner is among the changes One Nation is demanding from the Morrison government’s industrial relations bill in exchange for its support as unions launch ads highlighting the potential political cost of supporting the bill.

The government needs three of the five crossbench votes to pass its industrial overhaul, which are most likely to come from Queensland One Nation senators Malcolm Roberts and Pauline Hanson and South Australian senator Stirling Griff. All are planning amendments to the bill. 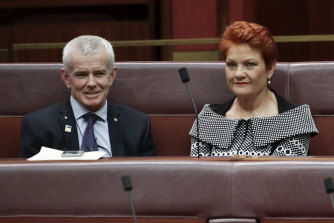 Voters in the senators’ home states will see full-page ads from the Australian Council of Trade Unions on Tuesday claiming the overhaul will be bad for workers.

Under the government’s proposal, casuals who have worked regular hours for six months but been employed for at least a year must be offered the chance to become permanent part-time or full-time staff. Senator Roberts wants the one-year threshold cut to six months to ensure workers get a chance to pick arrangements that suit their needs.

“Six months is long enough for an employer to get to know their employees, so it is reasonable that an employer will be in a good position to have that discussion,” Senator Roberts said.

Casual workers get paid more than their permanent colleagues but do not receive sick leave or paid holidays and can be let go at almost any time.

One Nation is expected to reveal about a dozen amendments to the government’s bill this week, including a review of new laws one year after they are passed and a root-and-branch review of industrial laws after two years.

It is scheduled to be debated in the Senate on Tuesday and if it passes, would give the government a big policy win after weeks of politically damaging debate on its treatment of women in politics.

“I think there would be some merit in that. I think it’d be dependent on industry and the amount of hours that employee is working and the consistency of hours, but I think that would be a reasonable proposition,” Senator Griff said.

Like One Nation, Senator Griff said Centre Alliance was working on a package of amendments to parts of the bill it wants changed as well as a list of parts it wants scrapped.

Centre Alliance and One Nation’s importance to the government’s chances of passing the bill was underscored on Monday when the two other crossbenchers, Rex Patrick and Jacqui Lambie, circulated a joint amendment that would gut it.

They suggested removing most sections except those that strengthen Australia’s anti-underpayment laws, which is the part most favourable to the unions but has triggered warnings from business groups that it could impede firms’ recovery from the coronavirus.

What's in the government's industrial overhaul?

ACTU secretary Sally McManus said One Nation’s move was a good start but would “mean very little” if not backed by arbitration and made the unions’ threat to the senators explicit.

“Workers in Queensland and South Australia will have to live with the consequences of this vote and will punish parties who support the government’s bill as it stands,” Ms McManus said.

The government rejects that claim, saying other industrial laws are enforced effectively without arbitration.

Acting Industrial Relations Minister Michaelia Cash is meeting with the crossbenchers this week and her spokesman said the government was willing to consider amendments to get the bill though Parliament.

“[Senators] can either support measures that will help to grow jobs, boost productivity and put upward pressure on wages, or they can turn their backs on struggling businesses and do nothing to help fix the broken industrial relations system that is acting as a handbrake on our economy,” the spokesman said.

Teen Mom Jenelle Evans ripped for recording son Jace, 11, while driving as she tells fans 'I was looking at the road!'
World News