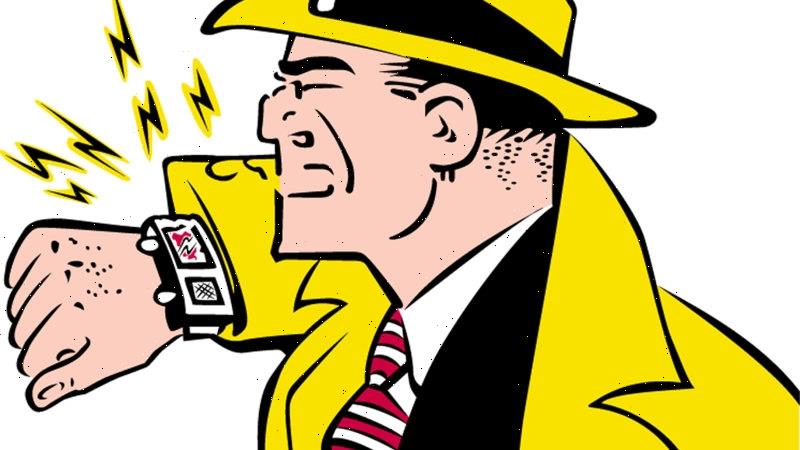 About time: listener-tracking watch to drag radio ratings into the modern age

Australia’s radio ratings system is finally set to emerge from the cave and embrace the modern era with the introduction of a small digital sampling of listeners from early 2022, initially to be used alongside the paper notebook system that has been in place since 1947.

Billed as a “major evolution” in the way radio audiences are measured, and coming in response to “the rapid digitisation of audio consumption in Australia”, the Radio360 system will see a gradual transition from paper diaries and the reliance on survey participants to accurately recall what they listened to and when they listened to it, to a digital system in which listening is tracked automatically. 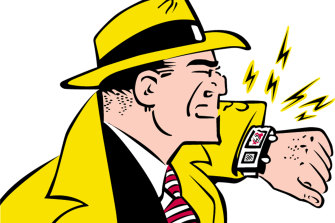 Dick Tracy’s watch phone, introduced to the comic strip in 1946, is getting a new lease on life with the introduction of audience-tracking devices for radio ratings.Credit:

“This is a movement away from one methodology only,” says Commercial Radio Australia chief executive Joan Warner of the shift to a hybrid data-gathering model, which will be implemented throughout 2022. “We’re doing it in a staged way, as all major currency changes have to be done.”

The new model will see the national sample population of more than 60,000 who currently use the “recall”-based diary method supplemented with 2000 people – 400 in each of the five mainland capitals – wearing digital watches that automatically track what they’re listening to (encrypting technology ensures they listen only to the radio signals, not conversations). 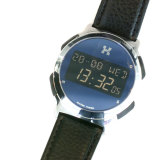 In 2002, Nielsen proposed the use of a Swiss-made watch for audience measurement in Australia and the US. The company is finally rolling out the technology Stateside this month. Credit:

While the paper diaries will eventually be phased out entirely and replaced with the electronic one that currently accounts for around 30 per cent of the sample, the recall model will remain part of the way ratings agency GFK collects information for the industry for a good while yet.

“Listening to radio is incredibly complex and quite varied,” says Warner, “and in order to capture it all we’ve got to use a suite of pretty high-tech tools and then harmonise that data to give the real picture of who’s listening to radio where, when and how.”

The local industry has been toying with a revamp of its approach to audience measurement for years, with a watch meter first proposed as early as 2002 (first developed in Switzerland, the technology soon caught the eye of global ratings giant Nielsen; 19 years after first spruiking the idea for the Australian market, the company has this month finally begun rolling it out stateside).

Locally, GFK ran a trial of the digital watch technology in late 2018, and last October CRA announced it was confident of a rollout this year.

But thanks to COVID-19, the case for change has moved from the “eventually” column to “ASAP”. Last year’s lockdown made the collection and distribution of physical diaries impossible at times, forcing a suspension of the ratings for three of the eight survey periods.

Even without the pandemic, radio’s apparent reluctance to join the digital age was seen as increasingly problematic by advertisers and agencies, who rely on accurate ratings figures to determine where to spend their marketing dollars.

“Relying on diaries is very flawed,” says Chris Walton, Sydney managing director of Nunn Media. “Anyone who recalls when TV moved from diaries to people meters will appreciate that. Also, the focus on reporting share of audience rather than raw numbers or reach is somewhat distracting.

“I’d say much of any success that radio enjoys is despite, rather than because of, its approach to audience measurement.”

Southern Cross Austereo chief Grant Blackley concedes “there has been a perception that the measurement system isn’t as modern as it could be”.

The digital approach will, he says, allow streaming audiences to be measured separately for the first time.

While diary users will still be required to record the device on which they have listened, the platform on which the watch wearers are listening will automatically be detected. That data will then be cross-checked against diary data in order to “calibrate” results.

“It will be independently verified, so we’re not marking our own homework,” says Blackley.

He adds that the resultant data will be “more granular”, allowing advertisers to target audiences more precisely.

“And that becomes a highly valuable commodity for agencies and advertisers. We’re moving well and truly up the desirability measure from where we have been.“

Over time, Blackley envisages a move to a system that looks much more like the one TV is about to embrace via VOZ, in which live viewing, time-shifted and BVOD audiences are rolled into one measure to more accurately reflect the scale of audiences across multiple devices within a defined timeframe (in the case of TV, up to seven days after broadcast).

The Swiss-made electronic watch – which needs to be charged daily, comes with analogue or digital face options, and functions as a step counter too – won’t be the last change, he promises.

“I think there’ll be an aggregation over time, to simplify the market and reorganise it, but we have to take the right steps and order of progress to ensure the stability of the data.”

The ultimate aim, he says, is “to show the true value of the consumption of audio, whether live or on demand, on whatever device. It will become pure observed behaviour rather than recalled behaviour. The innovation won’t stop.”