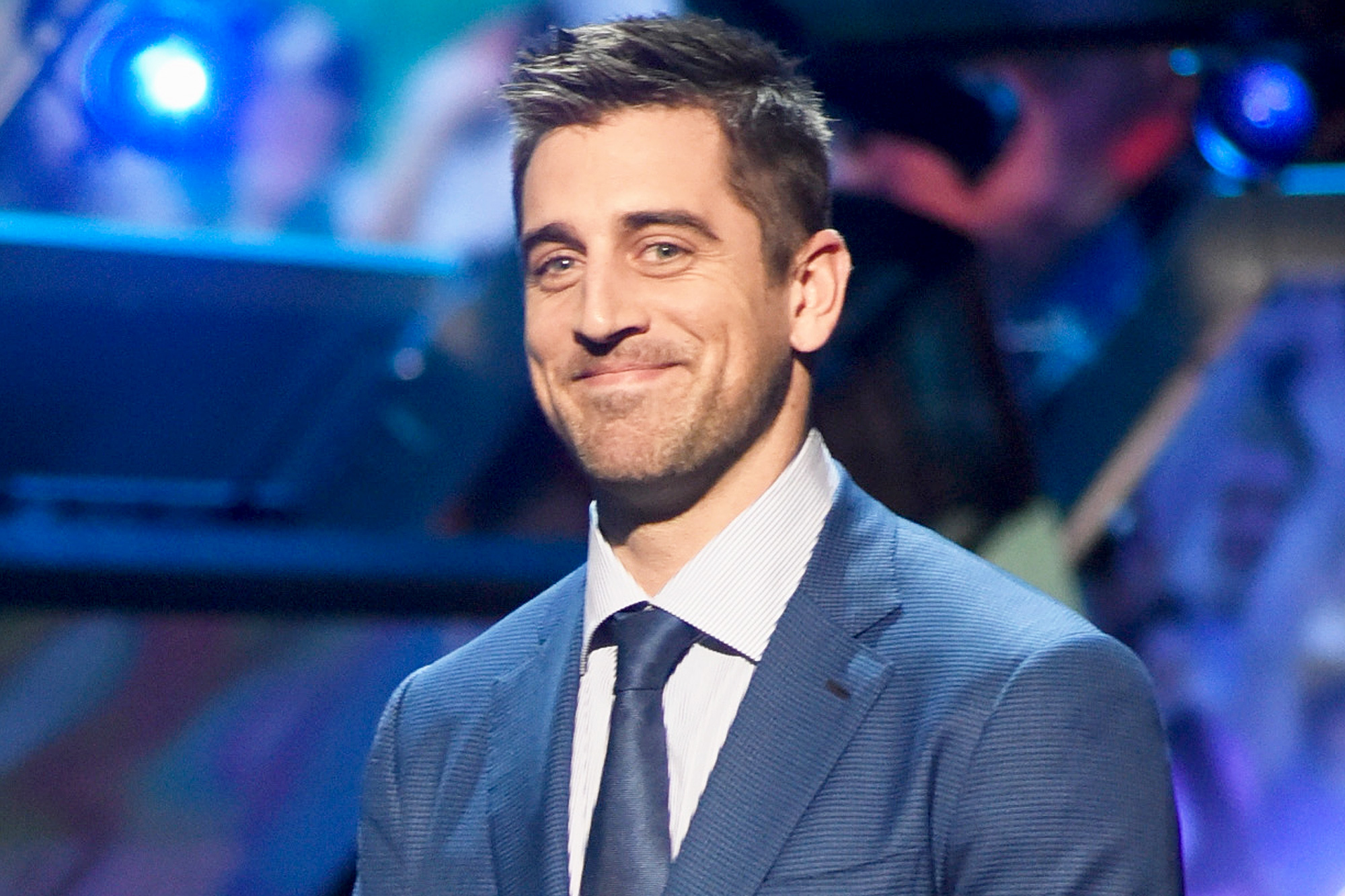 Aaron Rodgers seems to have mended the rocky relationship with his family.

On Monday, the Green Bay Packers quarterback, 35, was asked in an interview how he reacted to the news that the team’s head coach had been fired immediately after Sunday’s home loss.

Aaron, who also celebrated his birthday a day earlier on Dec. 2 and has had a longtime rift with his family, revealed that he learned of the news in the company of his parents, Edward and Darla Rodgers.

“I mean, I found out, I’m sure, the same way that most of you found out,” Rodgers said in a clip posted to the Packers website. “I was at home with my folks in town for my birthday. When I found out, I was as shocked as many of you were, I’m sure.”

The news of a possible reconciliation comes just two weeks after Aaron’s brother Jordan accused him of not reaching out to their family amid the California wildfires.

On Nov. 21, the superstar quarterback announced that he was donating $1 million to help those impacted by the wildfires in his home state of California.

“In Northern California, where I was born and raised, the city of Paradise burned to the ground, and many of the residents who got out are now displaced to my hometown of Chico and across the north state,” he said in a video posted on his Twitter account. “I personally reached out to my friends and the mayor of Chico to find out how to be of the most help. And raising money for both immediate needs and the long-term recovery is what is needed most right now.”

RELATED: Jordan Rodgers Accuses Aaron Rodgers of Not Reaching Out to Family During California Fires

Jordan, 30, responded to the video on Twitter, accusing his brother of not reaching out to his own family as the fires began to spread.

“PLEASE DONATE, SPREAD AWARENESS & SEND LOVE,” he tweeted. “But when your own Mom is home alone during the fires, car packed ready to evacuate, & you miss the fundamental first step of compassion; calling your parents to make sure they are safe…. Everything else just feels like an act.”

RELATED: Everything Aaron and Jordan Rodgers Have Said About Their Family Feud

Jordan and Aaron’s family rift became public knowledge in spring 2016 when Jordan appeared on JoJo Fletcher‘s season of The Bachelorette. On the show, Jordan revealed that while he’s very close with his oldest brother, Luke, Aaron is estranged from the rest of the family.

Aaron was also noticeably absent when Fletcher (now Jordan’s fiancée) traveled to California to meet the Rodgers family during the hometown dates episode of the reality dating show.

“It’s just the way he’s chosen to do life,” Jordan said on the show. “I chose to stay close with my family and my parents and my brother [Luke].”

Luke added that although the family tries to not bring up the drama, they are all deeply affected by the situation.

“It pains both of us, like, not to have that relationship [with Aaron] — we miss our brother,” he said on the show. “I trust that God brings things full circle and that everything would just get back to us being a family.”

At the time, Aaron told ABC’s WISN 12 News that he hadn’t been following Jordan’s quest for love on the small screen, adding that he didn’t want to elaborate on his relationship with his family.

“As far as those kinds of things go, I’ve always found that it’s a little inappropriate to talk publicly about some family matters, so I’m just — I’m not going to speak on those things, but I wish him well in the competition,” he said.

A source close to Aaron previously told PEOPLE the brothers have had a lifelong rivalry.

“[They] have always been competitive, and they’re always trying to one-up each other,” said the source. “It’s been that way since they were kids. They got older, and the stakes got higher.”

The rivalry came to a head a few years ago when the brothers got into a disagreement that soon turned into a “blow-up,” the source said. “It wasn’t an argument about anything all that interesting. Some things were said on both sides that were regrettable.”

RELATED VIDEO: How Long-Simmering Tensions Between Aaron Rodgers and His Brother Jordan Ended in a ‘Blow-Up’ Fight and a Family Torn Apart

“Their parents got involved in the middle of it,” the source added. “Everyone needed a cooling-off period. It could have ended there, but some people chose to go public with it, rather than keeping it a private family matter. And here we are.”

In April, after Jordan pointedly left Aaron out of his Instagram post celebrating National Sibling Day, a source told PEOPLE the move was “probably intentional.”

“They are so passive-aggressive sometimes,” said the source. “They are just like any other family, with petty arguments and jealousy and all the other things. But at the end of the day, they really do love each other. But the relationship is strained.”

The Detail in Meghan Markle's Outfit You Might Have Missed, but Shouldn't