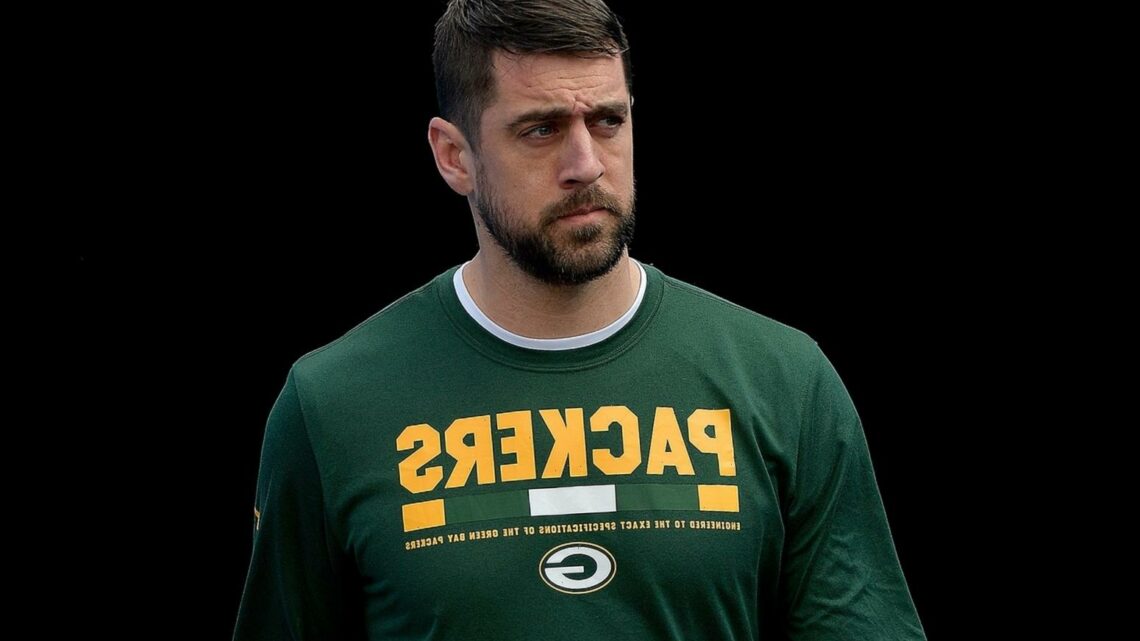 Aaron Rodgers' playful inside joke about being in a pretend fraternity once landed him at a real-life frat party.

In a laugh-out-loud play-by-play reported by ESPN, the Green Bay Packers quarterback, 36, is said to have carried on a running gag that he was part of a fictitious fraternity with some of his teammates back in 2010.

According to the outlet, third-stringer and then-newbie Graham Harrell was "amazed at the depth of Rodgers' investment in this (completely imaginary) universe," and Rodgers once joked, "Bro, you're getting paddled when we get back to the house" after a gameplay error.

Rodgers reportedly named the imaginary frat "Tau Kappa Epsilon, or TKE," which is a real organization — and one that happened to have a chapter at St. Norbert College in De Pere, Wisconsin, where the Packers conducted a training camp at the time.

When a ball boy overheard the pro athletes say they were in TKE, he invited them to an upcoming party.

Rodgers and Harrell, now 35, committed to the ruse and attended the party, which, according to ESPN, was referred to as a "Carnation Crush" mixer with the Delta Phi Epsilon sorority.

"Inside, Rodgers asks lots of questions about the fraternity and is very interested in all the small details," reporter Sam Borden writes in the article, adding that Rodgers and Harrell "jump up" at the invitation to play the party game commonly known as "flip cup."

The TKE team loses the game to a team of sorority sisters — and Rodgers reportedly told Harrell during the match: "Be better."

As the fraternity members got on their knees to crown the sorority members for winning the game, Harrell reportedly wanted to leave when he saw Rodgers happily partaking in the silly college ritual.

"This isn't even real life, bro," Harrell said to him, according to the report, with Harrell telling the outlet he has "never seen him happier" than in that moment.

Reps for Rodgers did not immediately respond to PEOPLE's request for comment.

Harrell — now a coach at the University of Southern California — was with the Packers from 2010 to 2012.

Elton John gets his own Barbie: Here’s where to buy the ‘Tiny Dancer’ doll