Home » Lifestyle » Aaron Pierre, From Cassio to Caesar in ‘The Underground Railroad’

Aaron Pierre, From Cassio to Caesar in ‘The Underground Railroad’

When Aaron Pierre was onstage performing the role of Cassio in a production of “Othello” at the Globe Theater in 2018, he didn’t know that one of the ticket holders in the crowd would change the trajectory of his career.

The London production starred André Holland in the titular role, and Barry Jenkins had come to see his dear friend (who starred in “Moonlight”) perform the classic dramatic work. A while after that performance, Pierre received a direct message on Twitter from none other than @BarryJenkins.

“At first, I thought somebody was just playing with my heart,” says Pierre of receiving the message. “In a nutshell, [Jenkins] showed his appreciation and his love and support for what he’d seen [at the Globe], and said he’d like to connect and find something that we can collaborate on. Not too long after that, I received my first-round audition for ‘The Underground Railroad.’”

Pierre costars in the high-profile Amazon series, which is based on Colson Whitehead’s novel, as Caesar. His character is an initial love interest for the story’s central character Cora, and the catalyst for her to run away from the plantation where both characters are enslaved. Pierre credits the director’s leadership for creating a supportive set environment that allowed the cast and crew to feel safe embedding themselves into the difficult, but important, subject matter.

They Are Wearing: Springtime Fashion in and New York, Los Angeles, and Austin

“I had the same hope before I began the project that I have now, which is that this project will contribute to a very important global conversation,” says Pierre. “As a global community and as a human race, we have a very long way to go in regards to empathy and understanding and unity. And my hope is that this piece will contribute to that conversation, and hopefully encourage audiences to reflect and ask of themselves what they can do that is conducive to progress in these areas.” 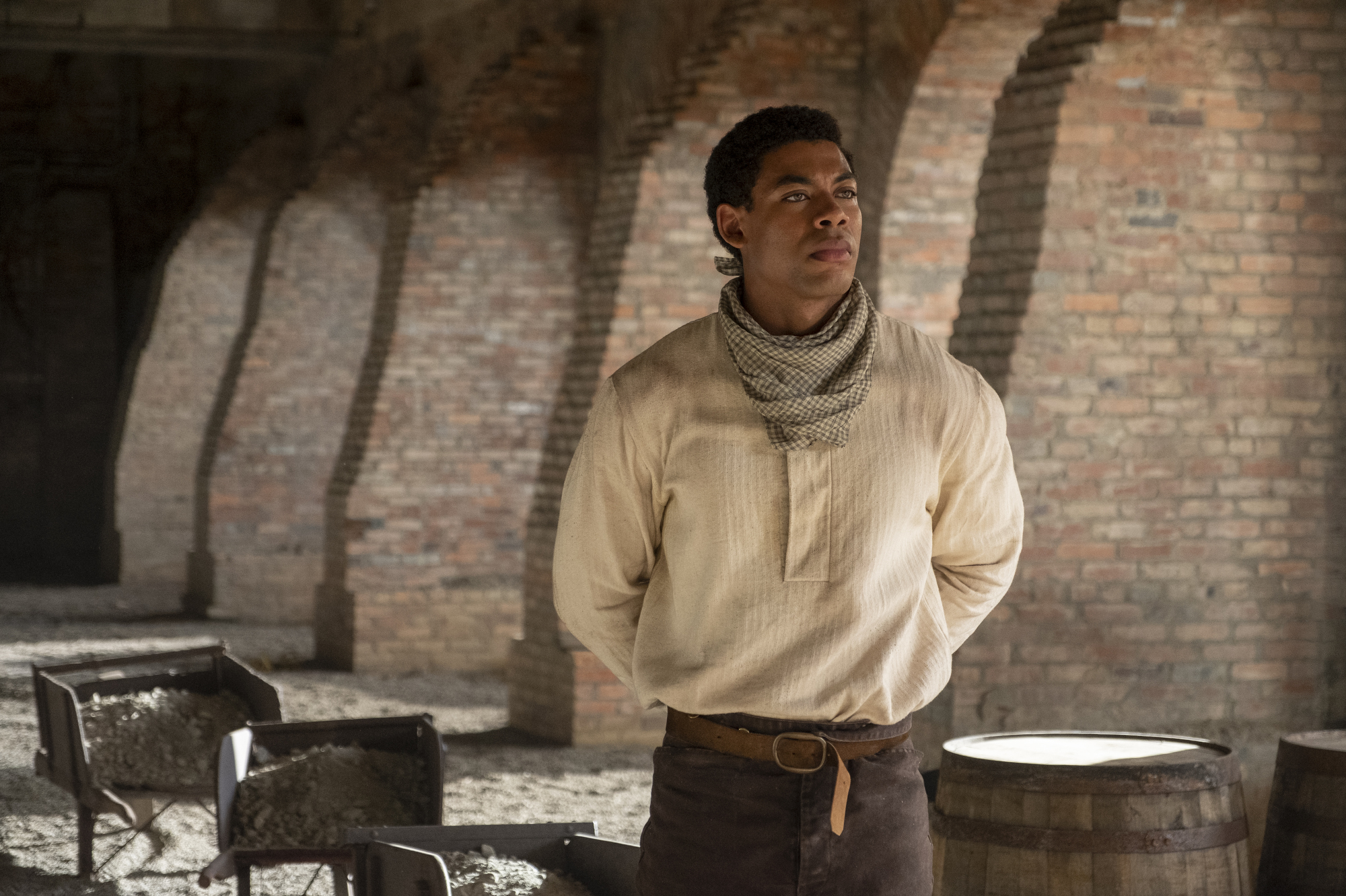 Aaron Pierre in a still from “The Underground Railroad.” Courtesy of Kyle Kaplan/Amazon Studios

Pierre sums up his reaction to the completed show — he’s seen all 10 episodes — with one word: pride. “I use that word because I am aware of how much everyone involved in this project, in every position, gave,” he says. “Everybody had the same objective, which was to tell this story as truthfully and authentically as possible, and to honor those who really existed and lived the realities of these horrors against their will.”

Later this summer, Pierre will appear in M. Night Shyamalan’s next film, “Old.” “Everything about [‘Old’] felt very timely given the pandemic, and I think it will definitely resonate with people,” says the 27-year-old actor of the secretive premise. “Although it is a thriller and terrifying and very unsettling, it also asks really interesting questions in regards to time and perspective.”

Pierre, who grew up in South London and trained at the London Academy of Music and Dramatic Art, wanted to be a track and field star as a teenager before switching his focus to the stage. “I wanted to be the fastest man in the world,” he says. “My love for sports hasn’t dwindled at all, it’s just that my passion for storytelling overtook it.”

As a young actor he joined a local theater group and learned the importance of giving 100 percent to each performance, no matter how many people turned up to watch.

“Which often wasn’t very many people,” he says of his earliest theatrical forays. “Irrespective of whether there’s one person in the audience or a thousand people in the audience, you give the same energy every time.”

After all, you never know who that one person might be. 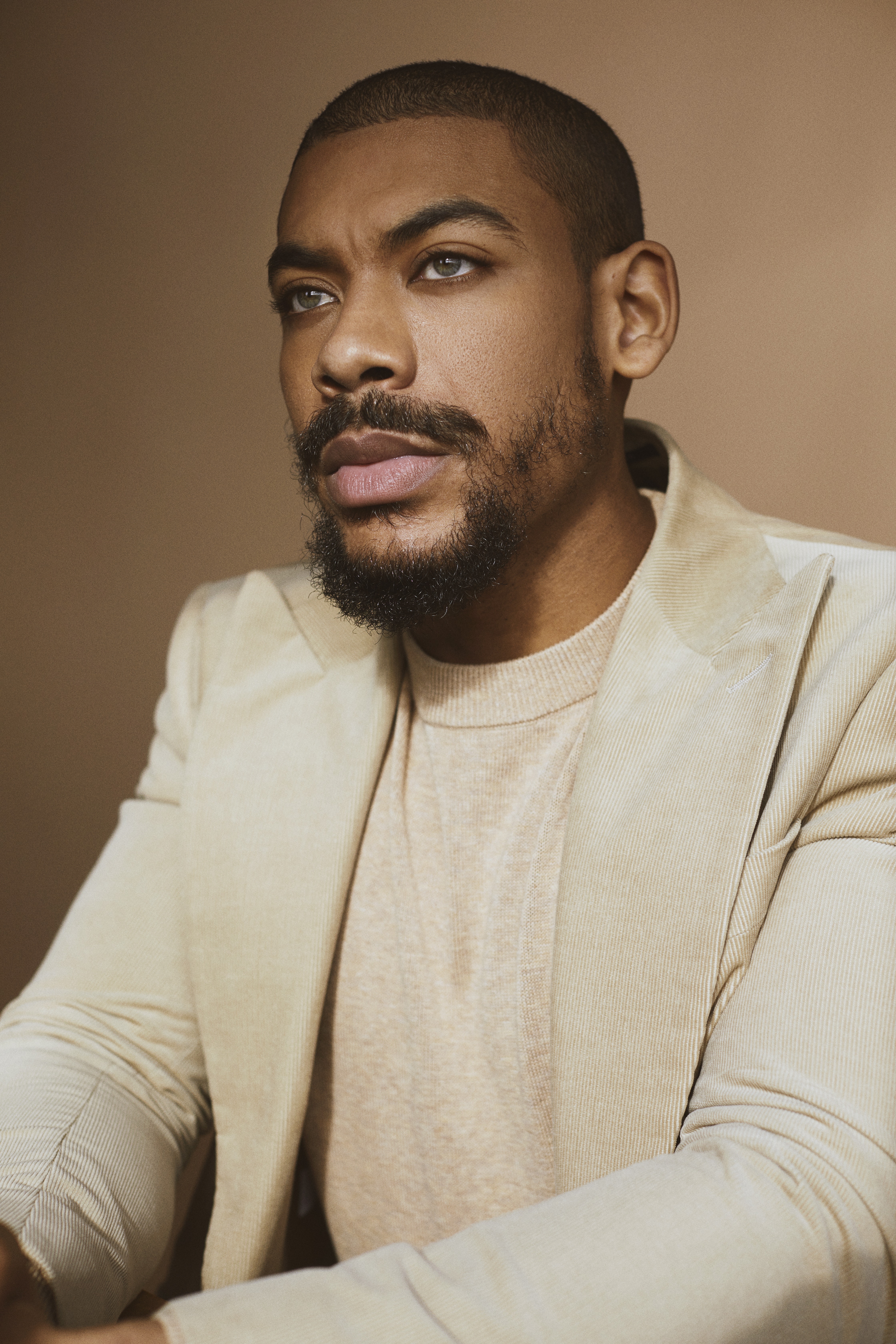 Amir El-Masry Wants Viewers to See Themselves in ‘Limbo’

‘Mortal Kombat’ Star Lewis Tan Was Born for the Fight