Home » Lifestyle » A pregnant ESPN reporter clapped back after she was body shamed: ‘I am making a human life!’ 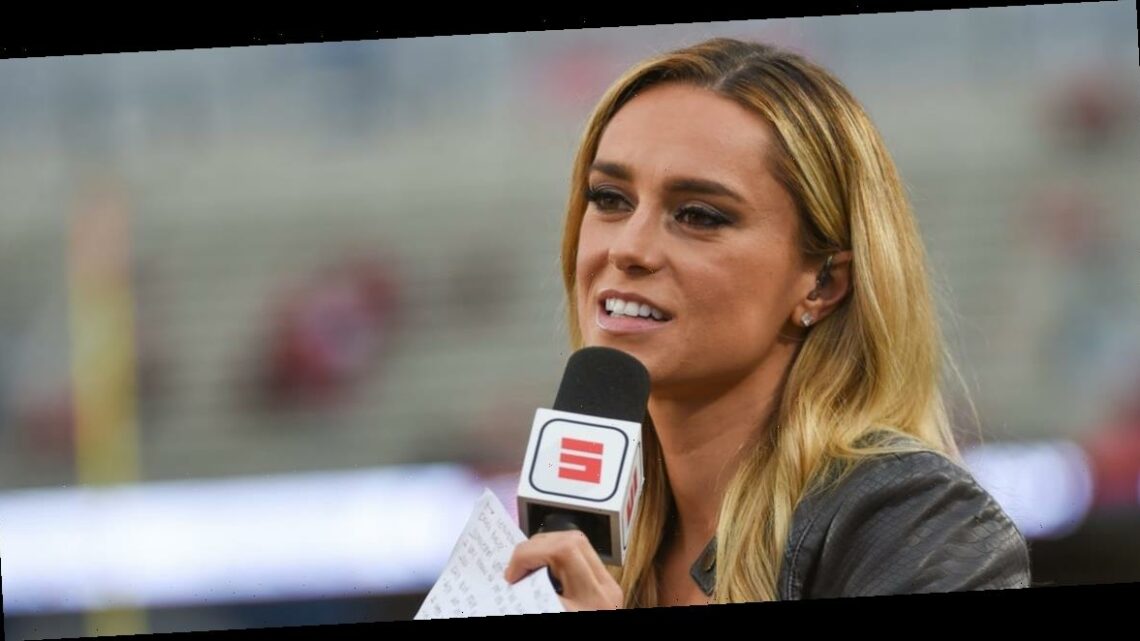 A pregnant ESPN reporter clapped back after she was body shamed: ‘I am making a human life!’ 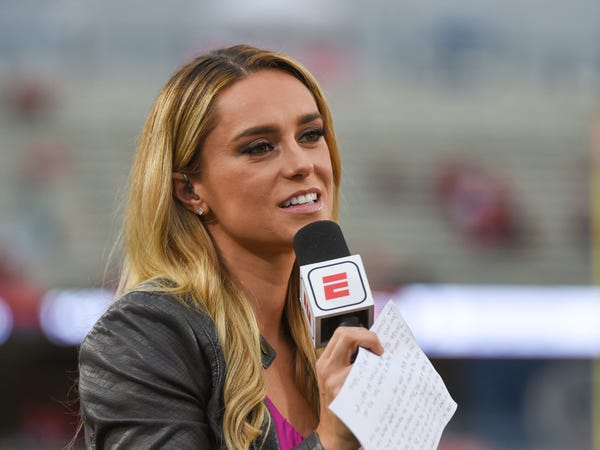 ESPN reporter Molly McGrath opened up about the realities of being pregnant while working full-time after a troll body-shamed her.

McGrath is a sideline reporter for ESPN's college football and college basketball. She announced she was pregnant on Instagram in September.

On October 11, the sports reporter wrote on Instagram that she was body-shamed while pregnant.

"For the first time, maybe ever, I let a cruel troll tweet about the changes of my pregnant body get to me," she wrote.

Though she didn't share the exact tweet that got to her, she clapped back at the troll by opening up about working during her third-trimester pregnancy.

"My feet swell and hurt like I've never imagined and my back constantly aches. Not to mention the slew of other symptoms like nausea, heartburn, and exhaustion. I am making a human life," she wrote.

Even though it's difficult, said she's proud to be a pregnant woman working full time.

"Women are freaking incredible and powerful and anyone who doesn't see that can kiss my big achey butt," she wrote.

McGrath told Yahoo! Life that though she has "pretty thick skin" this comment got to her, and made her want to speak out against body shaming.

"I felt that it was my responsibility to use this situation as an example and show women that they don't have to be ashamed of their bodies, especially when they're carrying life inside of them," she told Yahoo! Life.

McGrath's comments were met with messages of support from fellow broadcasters who are also mothers.

On October 22, NHL Network host Jamie Hersch thanked McGrath for her strength and shared a photo on Twitter of herself five days before giving birth to her son.

"Proudly sport that beautiful bump @MollyAMcGrath. We all have your back," Witham wrote.

McGrath isn't the first public figure to be body-shamed while pregnant.

Kim Kardashian was notoriously body shamed after the 2013 Met Gala. She attended the event with husband Kanye West and wore a floor-length floral maternity gown.

In 2019, in a "Life In Looks" video for Vogue, the reality star opened up about how cruel comments about her body affected her.

"I think Robin Williams even tweeted it, said I looked like Mrs. Doubtfire. I was crying the whole way home because I just couldn't believe it," she says in the video.

Kate Middleton was body-shamed for being too thin during her pregnancy.

In 2017, after the Duchess of Cambridge made her first appearance since announcing she was expecting her third child, critics called her "too thin" and "underweight," Buzzfeed reported.

Representatives for Molly McGrath did not immediately respond to Insider's request for comment.

Is Bruce Willis Going to Star in Yet Another 'Die Hard' Movie?