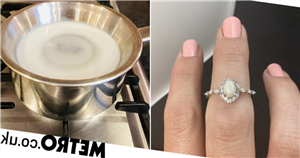 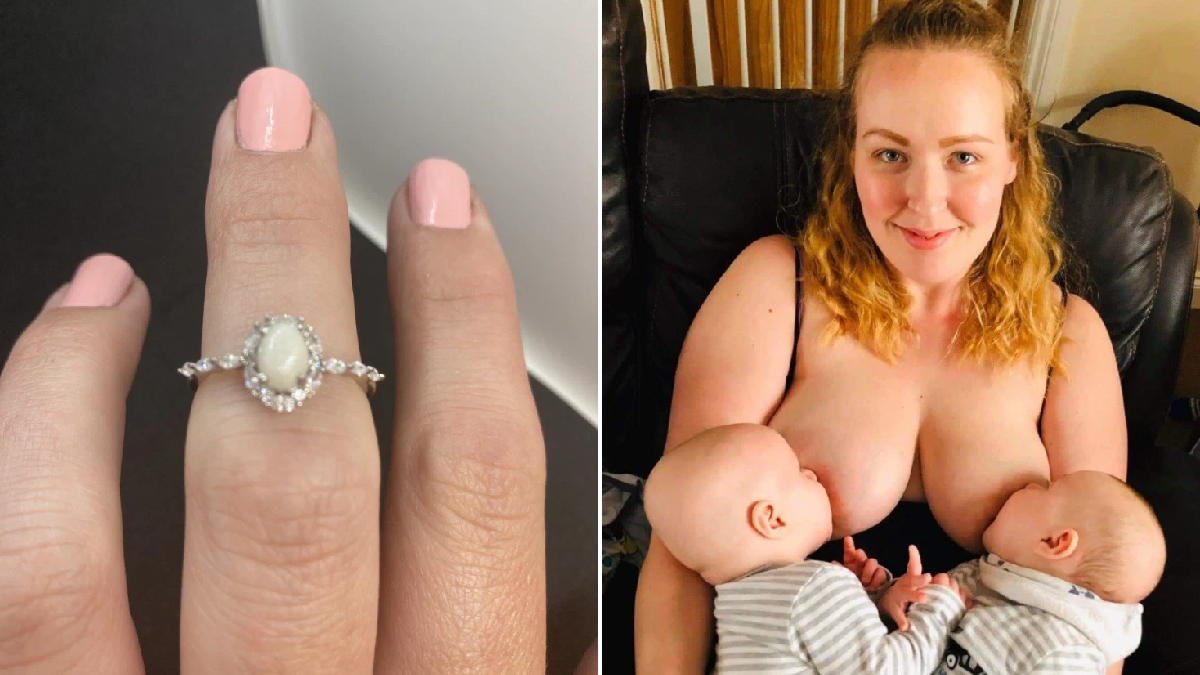 A mum-of-four who first created a breast milk keepsake as a lockdown project is now swamped by people getting in touch for bespoke pieces.

Alison Hawthorn makes jewellery from breast milk along with other body parts, such as hair and ashes.

The 30-year-old made the first piece for herself to celebrate breastfeeding her twin sons for a year.

She says: ‘I just felt like I was going crazy in lockdown and I wanted to do something for myself. It was difficult being stuck inside all the time so I felt like I needed a new hobby.

‘I quite like arts and crafts and that sort of thing, and I’d seen people using resin for things on social media so I wanted to have a go.

‘I started off making little key rings and things like that, just messing around.

‘Then, when I was approaching a year of breastfeeding and wanted a keepsake, I has the resin already so I thought I’d give it a go.’

After posting her handiwork on Facebook, Alison was flooded with requests.

She adds: ‘I had quite a few different people contacting me asking if I could do things like hair in pieces and different pieces of breast milk things, and I’d try and accommodate their needs.

‘I still do that now, I’m always happy to expand and take on new challenges.

‘It was actually one of my friends who first asked if I could do something with her little one’s hair, and then another friend got in contact to ask about making something from her dad’s ashes.

To create these unique pieces, Alison asks a customer to send at least 10ml of expressed breast milk, double bagged and in a padded envelope.

From there, she uses a double boiling method and adds preservation powder, before leaving it to dry for a few days on greaseproof paper.

Afterwards, Alison crushes it into a fine powder with a pestle and mortar and adds it to the resin to create the jewellery.

She also now makes a charm that has a rainbow incorporated into it, for women who have miscarried and are now pregnant again.

However, the stay-at-home mum stresses the reaction to her work is not always positive.

She says: ‘When I first started, someone screenshotted one of my posts and put it on a roasting page on Facebook, and they were majorly slagging it off and there were some really vile comments.

‘That was very discouraging for me because I’d only just started and I was really pleased with how far I’d come in such a short space of time.

‘But I’ve come such a long way since then.’

Alison adds that her new pastime could easily be a full-time job – but, naturally, her twins and two other young children take up a lot of her time.

‘I’m struggling with orders because I can only really work when all the kids are asleep,’ she adds.

‘It’s doing really really well, because people like things that are a bit different.’

Charlie Watts’ heartbreaking admission about Keith Richards: ‘Has a strong will to live’