Home » Lifestyle » A day in the life of a Deutsche Bank managing director before the pandemic, who used to spend 10 days a month traveling and would work out twice a day even while on business trips 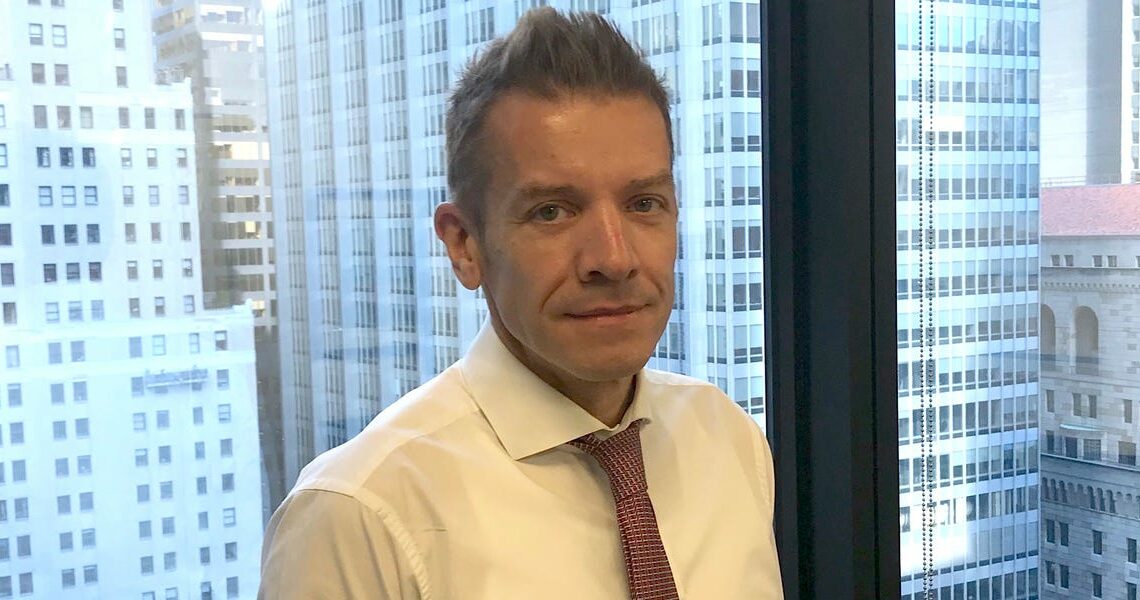 A day in the life of a Deutsche Bank managing director before the pandemic, who used to spend 10 days a month traveling and would work out twice a day even while on business trips

Like so many others, Piers Constable's daily working routine was upended by the coronavirus pandemic.

Constable, a New York City-based managing director at Deutsche Bank, went from traveling for work 10 days out of the month to hunkering down in a house in the Catskill Mountains in upstate New York and spending his day on video calls.

Before the pandemic, however, Constable had a consistent routine: He would wake up at 5:00 a.m. every day and spends eight to 10 days of the month traveling for work. He has traveled to more than 60 countries while working for Deutsche Bank and has also lived in London and Dubai. His team arranges finance for infrastructure projects in emerging markets.

Constable wakes up early every day to work out — and often fits in a second workout later in the day.

"I find getting up in the morning to go for a swim or sit on the bike is basically an hour less sleep than I'd have, but that gives me sort of more energy than I'd have had if I'd have stayed in bed," he told Business Insider in October 2018. "I think nobody likes waking up at 5 o'clock, but if it becomes a habit, it's much easier to do."

Here's what a typical day looked like for Constable when he was traveling the world for business.

Piers Constable, a managing director at Deutsche Bank, is based in New York City but travels all over the world to meet clients for up to 10 days out of the month. 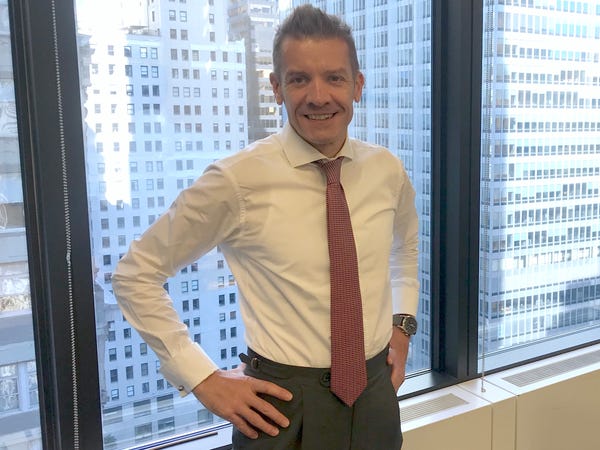 He's the head of the Americas' structured trade and export finance division.

Constable told Business Insider that he wakes up at about 5:00 a.m. every morning, whether he's traveling or home in New York City. 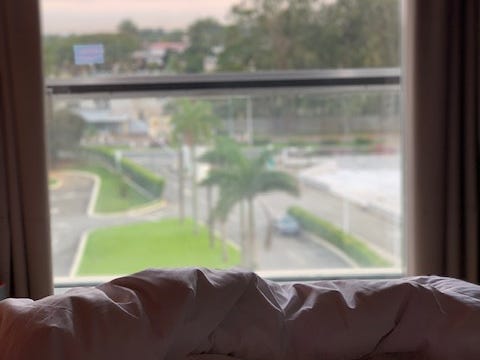 He said that he travels so much that sometimes it takes him a moment to remember where he's waking up. On a business trip in the fall of 2018, he woke up in a hotel in Abidjan, Cote d'Ivoire, where he had arrived on a Sunday evening after a 15-hour flight.

The first thing Constable does on any given day is exercise. A competitive triathlete, he likes to get a workout in before anyone else is awake. 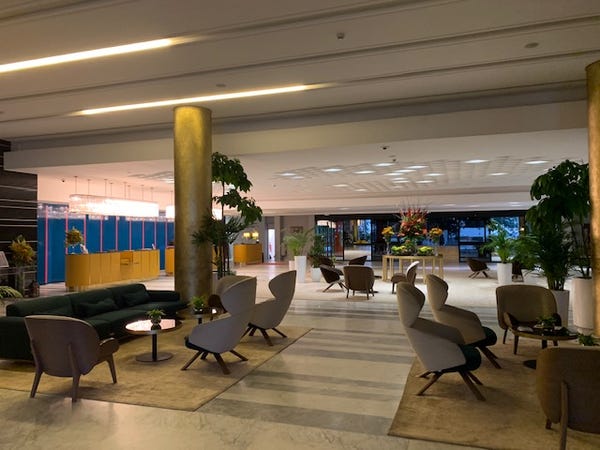 The hotel lobby in Abidjan was empty as he went to the pool at 6:00 a.m. He woke up slightly later than usual, at 5:30, because he wasn't allowed to swim in the pool before 6:00.

Constable usually likes to take a morning run to explore a new city, but he was recovering from a minor injury while in Abidjan, so he opted for an hour-long swim in the pool instead. 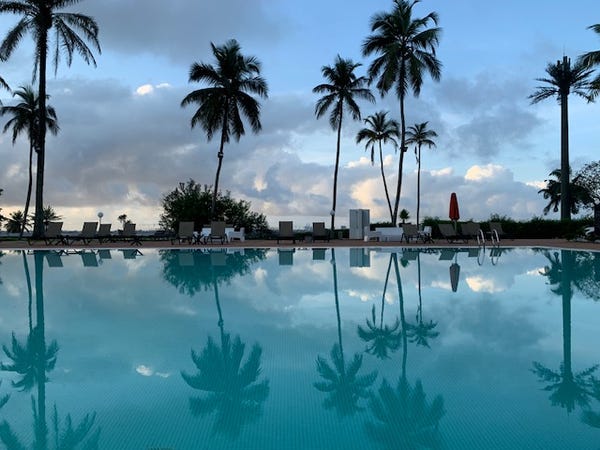 Constable says his choice of hotel when traveling is usually determined by the quality of its exercise facilities.

By 7:30 a.m., Constable was having breakfast at the hotel with his client so they could plan their strategy for the meetings ahead of them that day. 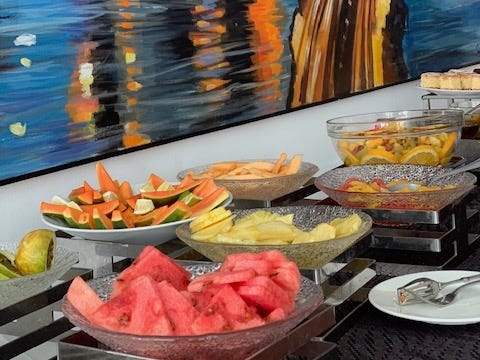 At 8:30 a.m., Constable and his clients were waiting for their ride to their first meeting. 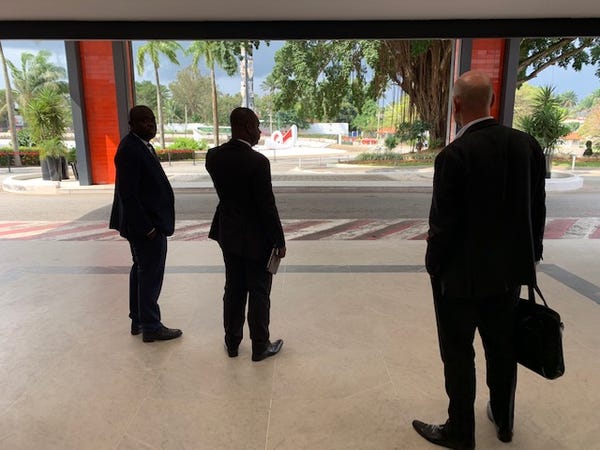 Constable usually takes local taxis when traveling, but he said it's "a bit hit and miss in Abidjan" and that they don't yet have Uber, so they booked a hotel car to shuttle them between meetings.

Constable's first meeting of the day started at 9:00 a.m. 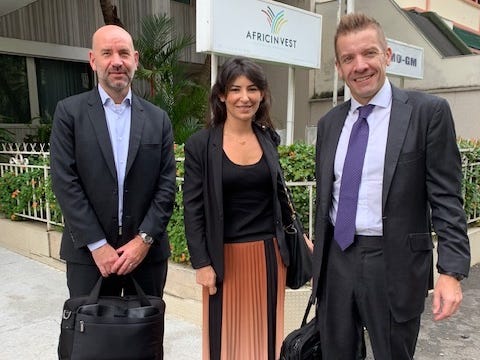 He was joined by a colleague from Dubai, Myriam, who "flips effortlessly between French and English," which made their meetings in primarily French-speaking Abidjan much more productive, he said. 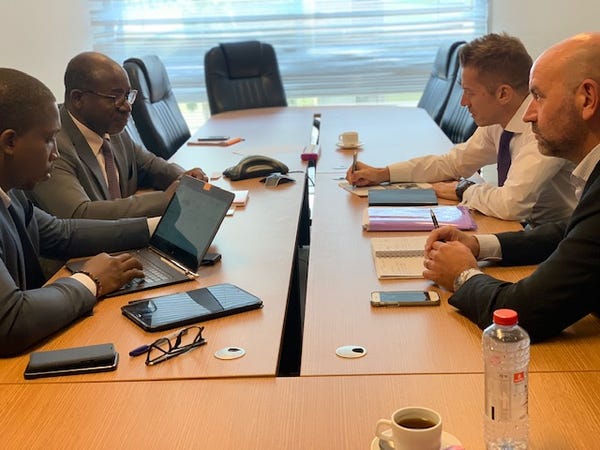 "In some parts of the world there is no substitute for developing relationships face-to-face, building trust and understanding of each other's objectives," he said. "This is a people business and I can't imagine there will ever be a time when my job can be done by a robot."

Constable usually tries to eat lunch with clients, but this time he had to eat on the run, grabbing a sandwich at 12:30 p.m. while taking a conference call with London, Frankfurt, and Hong Kong between meetings. 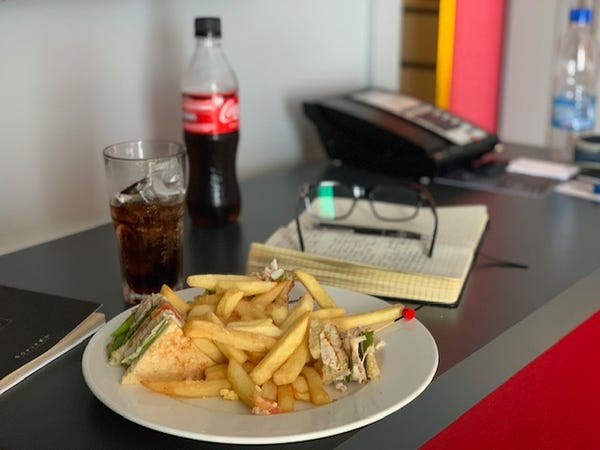 At 7 p.m., after another round of afternoon meetings, Constable had to choose between grabbing dinner before his evening flight home or squeezing in another half-hour workout at the hotel gym. 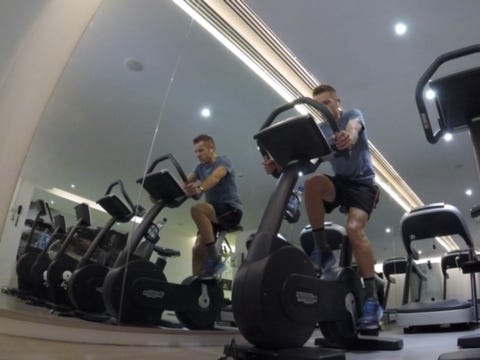 He opted for the workout because exercise makes it easier for him to sleep on the plane.

Constable was back at the airport for his flight home by 10 p.m.

"I take more than 50 flights a year yet I still love airports, despite how unproductive time spent there normally is," he said. "Most people are eagerly waiting for friends or relatives, or excited about traveling somewhere new, so the energy is always positive."

After working on the plane for much of the 15-hour flight, Constable landed in New York City the next afternoon and went for a two-hour bike ride "to regain all the energy I lost on the flight," he said. 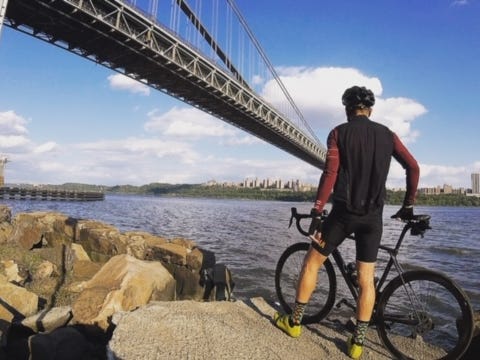