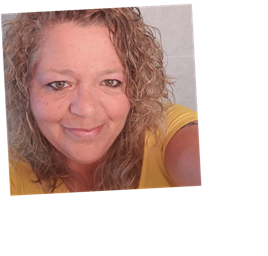 '90 Day Fiancé': Babygirl Lisa Hamme Thinks She Deserves Some of the $26,000 Usman Umar Claims She Stole

Babygirl Lisa Hamme and Usman Umar seem to just attract drama. Though the 90 Day Fiancé: Before the 90 Days stars are no longer working for TLC, they still manage to broadcast their issues to fans of the show. Recently, Umar accused Hamme of stealing $26,000 from him. Now, Hamme has admitted that she does in fact have the money, but is insisting that Umar owes her some of it.

Earlier this week, Umar took to Instagram to express his grievances against Hamme. He posted a video showcasing a check from Cameo for $26,000. The check was written out to Hamme but had a note on it that specified that the money was actually for Umar. In the video, Umar explained that it was hard for him to get his money directly from the company with his African bank account so he was given the option of being paid through Paypal or choosing someone to get the money for him. He said that Cameo warned him that they do not usually pay celebrities through a third person but Umar assured them that it was OK to give Hamme the money because the two were married. Umar alleged that Hamme promised to wire the money the day after receiving it but has yet to do so.

“I’m a good Nigerian who sacrificed a lot to make someone happy including losing my job, but today I was called scammer by the same person I make happy,” he wrote on his Instagram story. “I wonder how scammer can be on tv always and on social media relating with big politicians and some prominent people, after calling ME n-word, calling scammer, and now I have been blackmailed with my own money.”

Since Umar made these claims, Hamme has been working overtime on her Instagram to try to clear her name. She posted a screenshot of her texts to Umar, detailing how much she believes she’s owed.

“So officialsojaboy, my dear Hausa Muslim husband since it is your full responsibility to take take care of your wife, these are the minimum of my bills so don’t cry victim to me,” she captioned the photo.

“These are the bare minimum of my bills for you to take care of me,” she wrote in the texts.

What will it take for Lisa to give Usman his money?

She claimed that Umar had spoken badly about her in interviews and was legitimately a scammer.

She conceded and said that she would give Umar his money back after she took some out for the expenses.

“This Nigerian man thinks money is free,” she said.

In addition to taking her cut, Hamme said she needs a public apology from him before she will send him any money.

Man, 30, dies after 'getting in difficulty' in fishing lake as four arrested