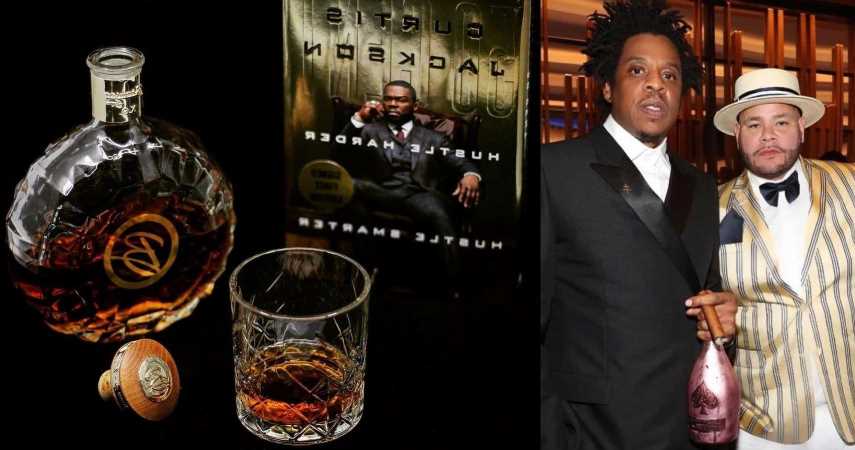 Celebrities have every opportunity to pursue their every dream. Proving that the old adage ‘it takes money to make money’ is true, famous faces often put themselves in the drivers seat and start their own alcohol brands to see where it will take them. With high hopes and competitive intentions, the world of celebrity alcohol brands has become a very full, close-knit category.

Wonderwall reports that many celebrities have tried their luck at creating their own brands of booze, with some of them doing significantly better than others. The differences between the brands varies greatly, with some that are designed to appeal to the masses for wider sale, while others target an elite crowd and are highly esteemed as being among the most luxurious alcohol offerings.

Kendall Jenner has already seen success on the runway and through her family’s reality TV show, Keeping Up With The Kardashians. She tossed her name in the ring with a series of other celebrities that have crafted their own alcohol brands and it seems she’s well on her way to success.

818 Tequila was named after her region’s postal code and in spite of being quite new, her tequila has already received a lot of positive attention. The World Tequila Awards has already crowned it “the best reposado tequila” and there’s no doubt the success of this brand will continue to skyrocket.

Snoop Dogg dove in to not one, but two different alcohol brands. He released Indoggo gin which Drinks Retailing News says has been recognized with a “Double Gold” for both taste and design at the 2020 Proof Awards. “

He also has a very popular wine brand called 19 Crimes which is doing incredibly well. In fact, “Sales of 19 Crimes, the Australian wine brand owned by Treasury Wine Estates, grew by 68.2% in value and 54.1% in volume through April 2020” when compared to the previous year.

Bethenny Frankel definitely rolled the dice when she created Skinnygirl Cocktails, and the odds ended up working in her favor. She didn’t initially know if this unique booze brand would be appealing to her fan base, but was thrilled to be able to sell it for a huge price tag when she experienced financial difficulties.

Cheatsheet reports that in 2011 Beam Global Spirits & Wine purchased Skinnygirl Cocktails from Bethenny for a cool $120 million, making all her efforts well worth the while.

If it’s premium alcohol, 50 Cent wants to put his name on it… or so it seems.

50 Cent is sold the majority of his shares of Effin Vodka for a whopping $60 million. For those that are wondering, yes, he still has some shares remaining!

That’s not all he’s dabbling in though. It seems 50 Cent has a thirst for lavishly curated, high-priced alcohol. He has crafted two of his own brands that he heavily promotes on social media; Chemin du Roi champagne and Branson Cognac. Both are labeled a top-shelf, high-end brands and are priced to reflect the same. He continues to earn good profits but the valuation of his brands remains pending.

Diddy signed on with Diageo in the late 2000s to take over Ciroc Vodka, and at the time, Ciroc was virtually a dying brand. With sales that were seriously lacking and no real game plane to elevate the brand, Diageo decided to enlist Diddy’s help and sure enough, he sent it soaring. The mass appeal was twofold – Diddy’s personal endorsement and relentless, catchy advertising, paired with the overall affordability of the brand. Simply put, sales were easier to generate due to the fact that the cost of the bottle itself was more affordable, making it more appealing and accessible to the masses.

Dwayne Johnson leased Teremana Tequila to the world in March of 2020, at the onset of the global pandemic, yet he according to Forbes he is still “on pace to plow through 300,000 9-liter cases in its first year. That’s a record number for the spirits industry. But for Johnson and his co-founders, it’s just the beginning.”

The success of his brand is inevitably poised to challenge the likes of Casamigos, the brand created by George Clooney.

When Ryan Reynolds set out to create Aviation American Gin, it’s unlikely he ever thought he’d be selling it for a whopping $610 million, but that’s precisely what ended up happening.

After cultivating the stellar gin product, Davis Brands and Diageo penned a deal to take over the alcohol brand, and that massive dollar value was the basis of their discussions.

It’s hard to miss Jay-Z’s contribution to the world of alcohol He raps about Ace Of Spades, the casual name for his brand Armand de Brignac Champagne, all the time. He features his high-priced bottles a series of social media posts and music videos, and makes it a point to reveal to the world that this is a luxe brand that is intended for life’s most special moments, and the elite that can afford to drop big bucks on premium alcohol.

He’s done well at establishing his brand. Forbes “has set the value of the collaborative deal at roughly $630 million, based on conversations with five beverage analysts and industry insiders. That’s double Forbes’ previous valuation of the brand.”

Many celebrities create their own brands of alcohol, but very few see their companies through to the significant levels of success that George Clooney has.

He was the mastermind behind Casamigos, which was marketed as a premium tequila brand, and in 2017 Clooney put a price tag on the fruites of his labor. He sold Casamigos Tequila to Diageo for a jaw-dropping $1 billion.

This Future Pop Superstar Was in The Beatles' 1st Film 'A Hard Day's Night': 'It Was Very Cool'

Who is Esme Young and is she married?
World News