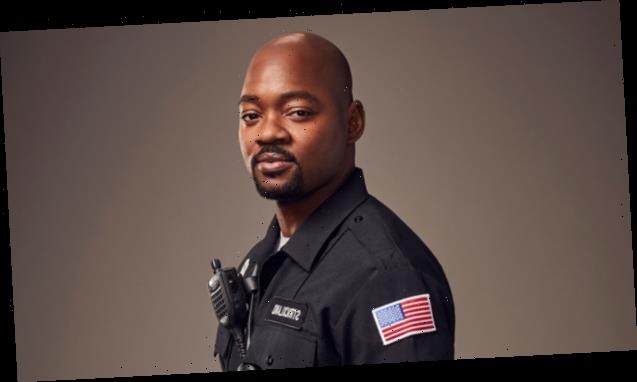 Brian Michael Smith, who came out as transgender in 2017, told HollywoodLife EXCLUSIVELY why we can’t ‘overlook’ the deaths of his ‘Trans brothers and sisters.’

Brian Michael Smith, 37, spoke about the importance of “bringing attention” to the deaths of several Black Trans women who were killed during Pride Month and continuing to be killed at an “alarming rate.” The acclaimed actor, who became the first out Black Trans man for his role as firefighter Paul Strickland on 9-1-1: Lone Star, spoke EXCLUSIVELY with HollywoodLife about why the tragic deaths of those including Dominique “Rem’Mie” Fells, Riah Milton and Merci Mack can’t be “overlooked”.

“I don’t want to see any more of my Trans brothers and sisters being killed,” The L Word: Generation Q star proclaimed. “Black Trans women are being murdered at such an alarming rate in this country and it’s so easy to overlook.” Dominique, 27, was killed on or about June 8 on the banks of the Schuylkill River in Philadelphia. Riah, 25, was shot to death just one day later on June 9 in Liberty Township, Ohio, and Merci, 22, was found dead with multiple gunshot wounds in a Dallas parking lot on the last Day of Pride month on June 30.

“I feel like too many people are dying or have died and are sacrificing for me not to acknowledge what’s happening,” Brian said about using social media as a platform to speak out about the injustices he has witnessed. “I feel like I cannot be aware of suffering and not do anything about it. So, if it cost me fans or if it costs me jobs, then so be it because I don’t want people to suffer in ways that I have suffered. We have to speak up when you’re given an opportunity. And so I’ve been given the opportunity and I just feel like I have to. I care too much about people who are kindred spirits, people who have this same experience, to not speak up.”

“You know, Tony McDade was suffering. He was a Trans man who was killed by police in Tallahassee. He was suffering and it led to decisions that led to his death and the anti-blackness that is so prevalent within the policing of our community especially contributed to his death,” Brian said. “So, I would be remiss to have this level of visibility and platform and not use it to amplify the voices of those who do not have that. I thought that was the whole purpose of me being an artist is to bring attention to things that I’ve struggled with. I feel like the reason why I’ve gone through the things that I’ve gone through, and been given the gift of artistry is so that I can use this to help others.”

Meanwhile, Brian had the honor of co-hosting the NYC Pride Rally on June 26 alongside Black Trans civil rights activist, Ashlee Marie Preston. Brian retweeted a post Ashlee shared to her social media on June 12 in regards to the killings and commented, “Black Trans Lives Matter. Two Black trans women killed this week in the midst of this uprising, in the midst of us standing up for Black Lives. I am at such a loss, #AllBlackLivesMatter.”

In an EXCLUSIVE interview with HollywoodLife, Brian said he was “floored” when asked to co-host this year’s Rally which was held virtually for the first time in 51 years. “I was beyond honored for a lot of reasons. I learned about how the first Pride came to be, the gay liberation movement. So when I was asked to join that tradition, it was just incredible as a Black Trans man to lead the rally with a Black Trans woman, civil rights activist like Ashlee Marie Preston, I was like, ‘Whoa.’ I was floored.”