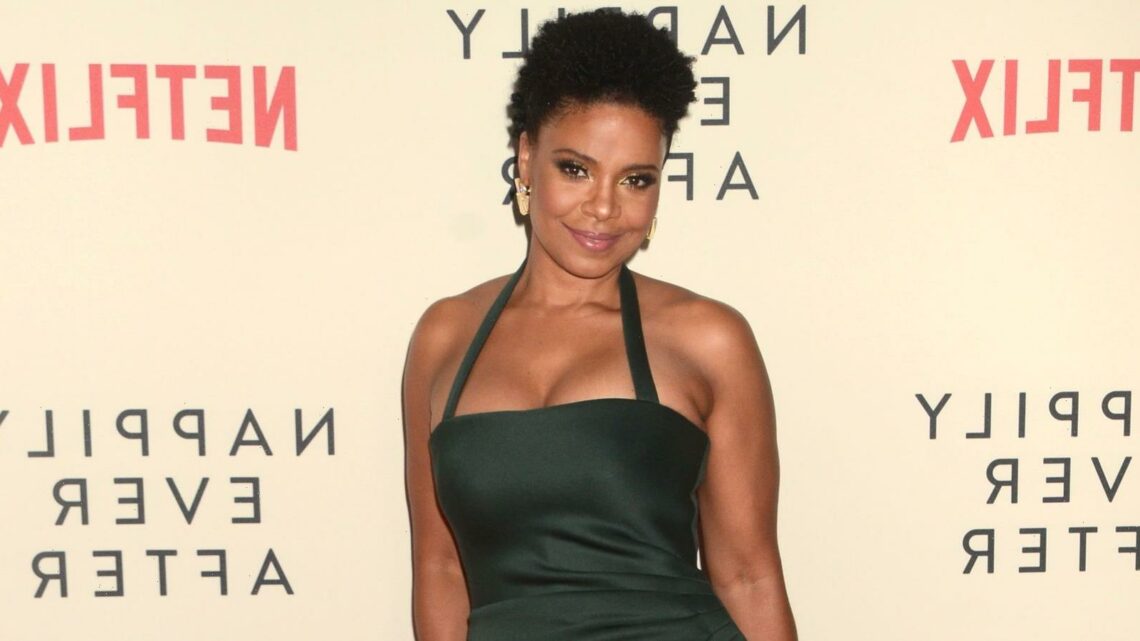 While the saying goes that beauty is in the eye of the beholder, it’s possible that the eyes of all the fans who behold Sanaa Lathan can agree on her captivating allure. A native of New York, she pursued a career as an actress after her father’s encouragement to move to Los Angeles and begin making connections. With a master’s degree in drama from Yale University, she appeared on television shows such as Family Matters, NYPD Blue, and R&B singer Brandy’s Moesha. A few of her more noteworthy films early on in her career are Disappearing Acts with Wesley Snipes, Love and Basketball alongside Omar Epps, and Brown Sugar starring Taye Diggs. Let’s take a look at eight of Sanaa Lathan’s most bombshell box office movies.

Sanaa Lathan has the propensity to be the daring heroine, the shy yet deeply emotionally involved lover, or the damsel in distress. Now You See Me 2 gave her a cameo as a persistent detective. The crime/adventure shines the light on a group of illusionists known as the Four Horsemen led by Atlas (Jesse Eisenberg) and Merritt McKinney (Woody Harrelson) who have a penchant for making money disappear from banks accounts. Sanaa plays the role of FBI Deputy Director, Natalie Austin, who tracks down another FBI agent, Dylan Rhodes (Mark Ruffalo) for helping the Four Horsemen escape. However, according to Forbes, there was a bit of controversy when Lions Gate Entertainment did not provide her with a character poster for the movie. Sanaa’s supporting role in Now You See Me 2 ranks as her most lucrative movie project, grossing a total of $328.3 million at the box office.

Even though she can play the perfect “girl next door” character, Sanaa isn’t above getting down and dirty with some danger. She was favored to play the leading role in the first Alien vs. Predator movie series as a tough guide named Alexa Woods. When a seemingly harmless expedition to Antarctica funded by the affluent Charles Bishop Weyland (Lance Henriksen) to uncover a mysterious source of energy goes left, the entire team becomes trapped in a war of two worlds. They uncover a pyramid structure that houses a hostile species of extraterrestrials. Upon awakening this evil, they also encounter another E.T. species known as Predators who seek to eliminate the hostile creatures. But as fate would have it, the human species is caught in the midst of an age-old war they know nothing about. The sci-fi action movie was a hit and grossed $172.5 million at the box office.

As if the movie was made as a blaring form of deja vu, the storyline for Contagion has many similarities to the real-life pandemic the world has faced since 2019, down to the very geographic location the virus was said to have come from. Released in 2011, the thriller featured a slew of Hollywood’s A-list actors, such as Matt Damon, Jude Law, Kate Winslet, Gwenyth Paltrow, and Bryan Cranston. Laurence Fishburne also played the role of Dr. Ellis Cheever of the Center for Disease Control and Prevention (CDC) who, along with Dr. Ally Hextall, diagnose the deadly virus to be derived from the genetic combination of bat and pig-bourne viruses; go figure. Sanna Lathan’s role is that of Dr. Ellis Cheever’s wife, Aubrey Cheever. The highly controversial film grossed a total of $137.5 million at the global box office.

There’s no denying that Wesley Snipes and Sanaa Lathan have a history together, whether that be business or otherwise is not up for discussion. Their first film was in the Marvel and Amen Ra joint venture, Blade, in 1998. The fantasy film introduces Sanaa Lathan as the mother of Blade who was supposedly killed by vampires, causing him to be a rare breed of half-mortal, half-immortal hybrid. Blade and Abraham Whistler (Kris Kristofferson) are on a mission to eradicate the underworld of vampires led by a ruthless young vampire named Deacon Frost (Stephen Dorff) who is seeking to summon an evil god that will usher in the end of the human race. Balde tuned out to be a success, grossing $131.2 million at the box office.

At the height of both their careers, Eddie Murphy and Martin Lawrence starred together in cleverly hilarious comedy-drama, Life. Released in 1999, the film captures the lives of two money-scheming men on a mission in Mississippi that could spell a huge payday for both men. Eager with anticipation, they head on their journey but are derailed when a crooked police officer falsely charges them, with murder. They spend their days seeking to prove their innocence and scheming up ways to break out of prison. Sanaa Lathan makes an appearance as Daisy, Claude’s (Martin Lawrence) love interest. The film also featured many actors, such as Bernie Mac, Bookeem Woodbine, and Anthony Anderson. While Sanaa wasn’t given a major part in the film, they can all appreciate the fact that is grossed $73.5 million at the box office internationally.

As the sequel in a would-be three-part romcom movie series, The Best Man Holiday was released in 2013 after a favorable response from the movie’s first release in 1999. The film surrounds the lives of a group of friends, two of which have formed a love relationship and have been married, namely Lance Sullivan (Morris Chestnut) and Mia Morgan (Monica Calhoun). It’s been a few years since best man Harper Stewart’s (Taye Diggs) best-selling novel made bank, and he needs to write another book. So when Lance invites the gang to his home for a Christmas reunion, he secretly capitalizes on his chance to write about the life of his NFL star friend and his family. Sanna Lathan reprised her role as Robin, who by now is married to Harper and is expecting their firstborn. Other actors who reprised their roles include Nia Long (Jordan Armstrong), Regina Hall (Candace), Terrence Howard (Quentin), and Harold Perrineau (Julian). The sequel out-performed the first film, grossing $72.8 million at the box office.

In 2015, Sanaa Lathan returned to the big screen in the thriller, The Perfect Guy. The movie highlights the life of a successful career woman, Leah Vaughn, whose life appears to be all a woman could ask for: a well-paying job, a faithful and stable boyfriend named Dave (Morris Chestnut), and a life of opulence. But her picture-perfect reality is shattered after a breakup with her boyfriend over differing family-life goals. Heartbroken Leah ends up meeting a handsome and charismatic man named Carter Duncan (Michael Ealy) who she believes is her dream come true. But when Carter begins displaying volatile and violent tendencies, she realizes she may have signed up for more than she bargained for. The film received mixed reviews from critics but still managed to gross $60.2 million at the box office.

Partnered with a set of exceptional actors and actresses in Out of Time, Sanaa Lathan plays the role of a coquettish mistress named Ann Merai Harrison. The movie stars Denzel Washington whose role as police chief Matthias “Matt” Lee Whitlock lands him as the culprit for a large sum of money that has gone missing that was taken from a massive drug bust. Matt is in the middle of a divorce with his wife, detective Alex Diaz Whitlock (Eva Mendes), and finds solace in the arms of Ann Merai, who becomes diagnosed with terminal cancer. Matt steals the money for her operation, but when the money and Ann Merai’s life go up in flames in a house fire, suspicious minds turn to Matt as the top suspect. The 2003 thriller made a decent $55.4 million at the box office.