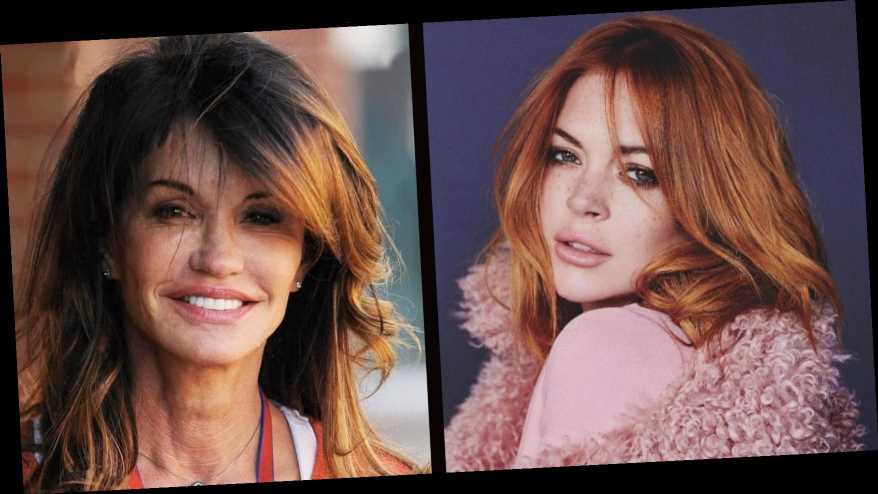 Many people dream of becoming rich and famous, and rising to the top as a Hollywood star. To most, it seems that attaining this level of wealth guarantees a successful future without any financial woes. However, that’s not always the case. There are many celebrities that enjoy a very successful career and reap the benefits of fame, but fail to understand the balance of their wealth. Poor financial decisions can quickly lead to the demise of even the wealthiest figures, and there are plenty of celebrities that are fine examples of this unfortunate situation. Yahoo Finance has reported on a series of famous faces that remain well-known, without the fortune to show for the time and effort they’ve invested in their careers. Let’s take a look at celebrities with great careers that have somehow managed to squander their money…

Lindsay Lohan’s career began as a Disney Girl, but took a quick, and far less wholesome turn from there. After the huge success of Mean Girls, Lohan began to really live the high life. She began to take luxurious trips to expensive destinations and became known for her excessive partying habits. Substance abuse got the best of her, and Nicki Swift reports that she hovered at the brink of bankruptcy. She opted to dig herself out of the whole by posing for Playboy and revealing her life’s secrets on Oprah. Sadly, after being a multi-millionaire, Lohan’s net worth is now just $800,000.

Chris Tucker is a huge celebrity who has had starring roles in hit movies such as Rush Hour 2 and 3. At the time these movies were released, he was the highest paid actor in Hollywood. He also had the success of Def Comedy Jam and Friday under his belt. As wonderful as it was that Chris Tucker was raking in millions of dollars, he was not reporting his earnings properly to the government. Eventually owing $14 million to the IRS, Tucker’s focus was soon shifted.

After making amends on his arrears, Chris Tucker is slowly re-entering the world of acting, so he stands a chance of regaining his fortune but at the moment, his current net worth sits at just $5 million.

Spencer Pratt & Heidi Montag were once the king and queen of reality television. They struck it rich while starring in The Hills, beginning with $30,000 per episode, then transitioning to $100,000 per episode, and eventually earning a whopping $2 million per show, per person. Those are huge earnings, and one would assume they’d be incredibly wealthy, especially after pooling their wealth.

Unfortunately, they quickly blew their fortune on expensive cars and luxurious dining, as well as expensive travel plans. They lived their lives to the fullest and bought themselves the very best of everything, all the time. Having no financial sense whatsoever, their fortune was spent faster than their earnings were coming in.

Janice Dickinson has gone from fame and fortune to unfortunate circumstances, at a very fast rate. She was among the most successful models in the 70s and 80s, gracing runways and magazine covers and truly living in the spotlight that her career afforded her. She was a judge on America’s Next Top Model, and even hosted her own show.

It was then that she then started to obsess about aging and started to spend excessive amounts of money on plastic surgery. Her medical debts for cosmetic enhancements ballooned, and her tax arrears caught up with her, forcing her to file for bankruptcy in 2013.  Once a multi-millionaire, her current net worth now sits at just $500,000.

Stephen Baldwin’s brothers do very well for themselves, yet he’s faced some troubles with finances for many years. He was once a very successful Hollywood director and producer, but Stephen Baldwin has not been able to sustain his fame or fortune. He failed to file taxes for several years, and ended up defaulting on his mortgage. He and his wife had extreme issues with unpaid credit card debt and they had to declare bankruptcy. Part of the issue with his financial success is his extreme devotion to his faith, which prevented him from taking on roles that contained scenes or topics that conflicted with his morals.

Pamela Anderson took her Playboy status and shifted it to garner success on the hit sitcom, Home Improvement. She then went on to play C.J. Parker in the hit show, Baywatch. She even starred in her own television series called V.I.P.

She was wildly successful in her career, but her personal life and marriage to Tommy Lee seemed to be a tumultuous one. She truly partied like a rock star with her rock-star husband, and after a massive home renovation investment she found herself unable to find work, with a severely depleted bank account.

She is now remarried to a construction worker and lives a very modest life in the mountains of northern Canada with a net worth of just $10 million.

Mike Tyson was esteemed as the heavyweight champion of the world. Fight after fight saw his net worth rise to well over $400 million. Easily once of the most admired athletes of his time, his fame and fortune was quickly squandered away on Siberian Tigers that he kept as pets, an abundance of jewelry, and a lavish lifestyle.

After some pretty extreme legal issues in the early 90s. He returned for a comeback, which resulted in him biting off a chunk of Evander Holyfield’s ear in 1997.

That was the end of his career and he was forced to file for bankruptcy. His net worth has slipped to just $10 million, which is a huge insult when compared to his previous $400 million fortune.

Charlie Sheen dominated the small screen with his role on Two And A Half Men. His life was essentially mirrored on the show, and the world watched as the real-life Charlie, and the one on the show, both started to self destruct. He started to display very erratic behavior and began appearing on set for the show while completely inebriated.

Sheen quickly went from earning $40 million a year, and a net worth of well over $150 million to a very modest $10 million net worth.