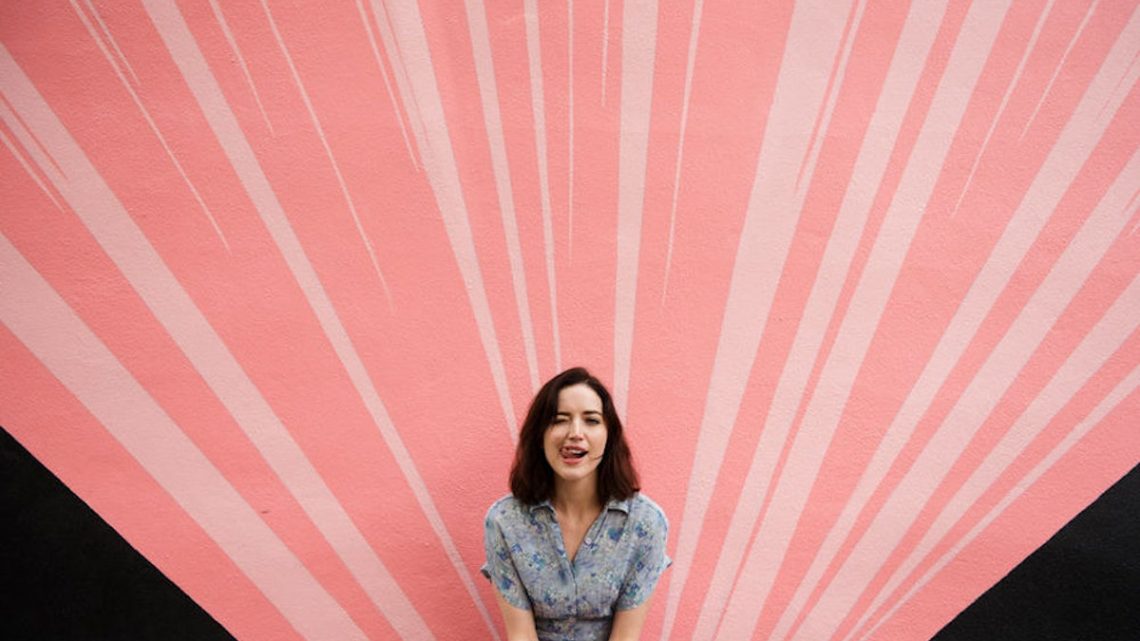 You’ve heard this phrase from Disney Pixar’s Up, time and time again: "Adventure is out there." And every time you hear it, it seemingly becomes more true. Your bucket list gets longer and more ambitious. You may add excursions like zip-lining in the jungles of Costa Rica or moving to the West Coast, crossing your fingers that they actually happen. Then, you realize that you’re the one who has to make them happen. You have to be willing to take the leaps and explore, when you really want to. There are so many things do in a new city, in particular, that you wouldn’t want to miss out on — even when you’re alone.

Now, let’s break down the situation: You may be taking a solo trip or renting a cute apartment in this city by yourself. You took that #necessary leap, and are now trying to get comfortable and see all the sights. Understandably, you want to do the touristy things, eat at the restaurants that aren’t as well-know, all while not going too far outside of your comfort zone. (After all, being safe and aware, and going with your gut, is essential when you’re alone, especially in a busy city.) I think it’s possible!

You just need to know exactly what to do. You need to realize the seven things that will make this adventure completely worthwhile and satisfy all of your wanderlust’s cravings. Grab a camera and a pen to check things off, and then go.

1Take Yourself Out To Eat At A Restaurant 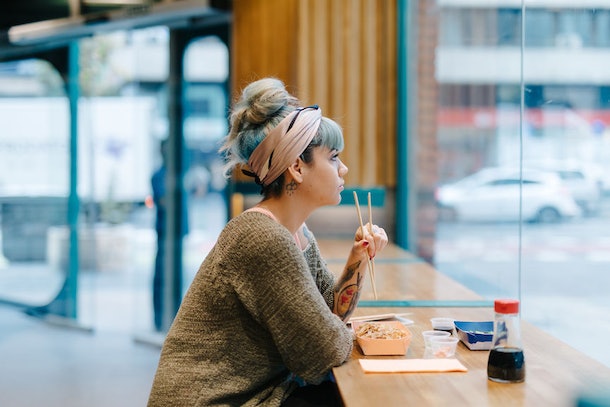 From personal experience, I can tell you that every city is filled with eateries and top-notch restaurants. New York City has an award-winning pizza place or coffee shop on every corner, and Portland, Oregon has its breweries and vegan cafés. Getting around to try all the different menus and dishes is a bucket list within itself.

So, when you get to a new city and are looking for something to do by yourself, consider grabbing a bite. Take yourself out to get sushi, an açaí bowl, or penne a la vodka that’s done just right. Then, people-watch and notice the incredible ingredients that go into your food. You may also find that you’re really comfortable eating alone — more so than you thought you would be. 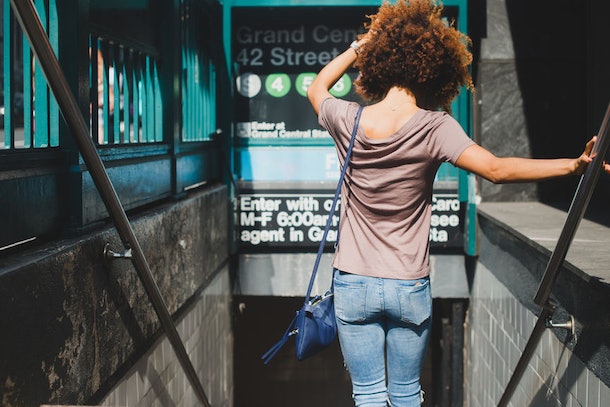 Whether you’re living in this new city or just visiting for a few days, you’re bound to take some public transportation. You’ll hop on the subways more than once to get to the latest and greatest sights, or grab a bus that takes you beyond the skyscrapers and skylines. The tricky part, though, is learning about and navigating the different routes.

Sure, there are maps and speakerphones calling out directions. But, the whole experience can still be a little confusing. That’s why I’d recommend taking some time, when you want to explore, to figure out the taxis and trains — the metros and the municipal bike paths. Make the journey part of your adventure. Snacks? Required.

3Check Out A Local Planetarium Or Observatory 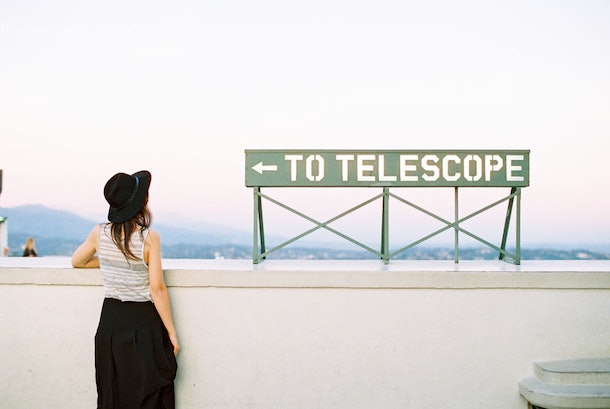 Some of my favorite movie scenes of all time take place in planetariums and observatories. Many romantic comedies that are based in a major city seems to have these moments, when the couple is dancing under the stars and around telescopes.

It may seem cheesy, but if you’re alone and looking to explore a new city, you should take some inspiration from these films. You should seek out constellation shows and electric views of the night sky, and ditch the skyscrapers for a while. If you’re in Los Angeles, you may do this at the Griffith Observatory and take in the beauty of the Hollywood Sign and cosmos. Sweet!

4Take A Drive To The Nearest Coastal Town Or National Park 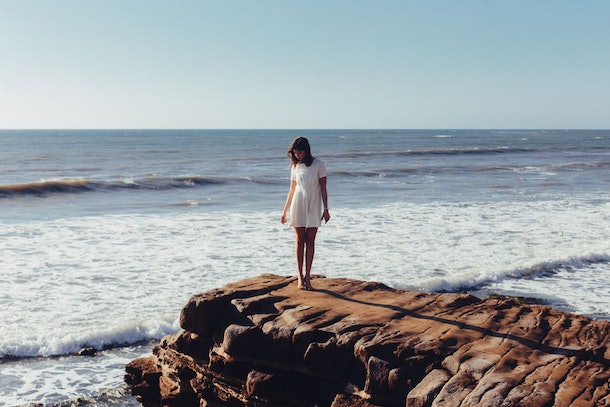 There’s so much to do in every city between the museums, planetariums, restaurants, and various events going on year-round. But, there’s also a ton to explore outside of the bustling sidewalks and bright lights, like the quaint towns and picturesque views near the coastline (if it’s a city that’s near one, that is).

Make time in your schedule to see the waves, waterfalls, and wonderful people who live in these areas for yourself. If there aren’t beaches nearby, there are likely national and state parks that you can visit instead. Pack a camera and get a few playlists ready for the car ride. A few hours on the road is worth what you’ll find.

5Join A Group Of Tourists On A Sightseeing Tour 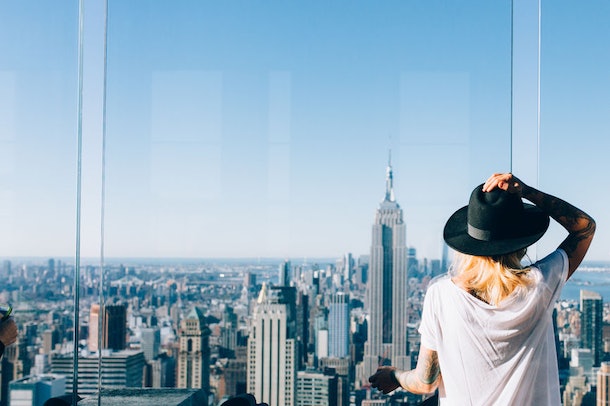 When you first get to this new city, you’ll probably notice some tourists walking around. They’re visiting the most iconic landmarks and sights, and taking pictures with their smart phones in poses that will do so well on the ‘Gram. It’s #necessary that you join them, at least for a little while.

Take a walking tour or hop on a bus that brings you to the places you’ve only seen in pictures. If you’re in Chicago, this may be "The Bean" in Millennium Park or the Willis Tower. If you’re in San Francisco, this may be the pastel houses, called the Painted Ladies, that you know from Full House, or Nob Hill. You may meet some other solo travelers or people who just moved to the city, who are also looking to explore. It’s also a great way to make new friends.

6Take Pictures At A Botanical Garden 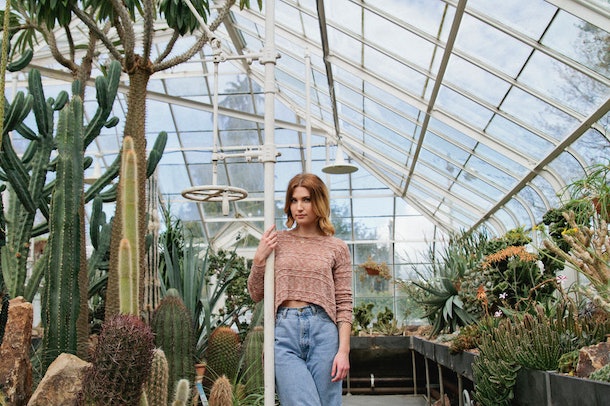 One of my favorite things to do when I travel is go to a botanical garden. I’m obsessed with succulents and ivy, and the beauty of the natural world. No matter what city or quaint town I’m in, it’s always a really rewarding excursion.

So, I’d suggest taking some time during your solo adventures to seek out some plant friends. Find a conservatory or a public greenhouse, and roam the aisles of green and gold. Notice the individual droplets of water on the leaves, and take pictures posed against the brightly-colored flowers. It’ll surely give you some good #content for the ‘Gram. 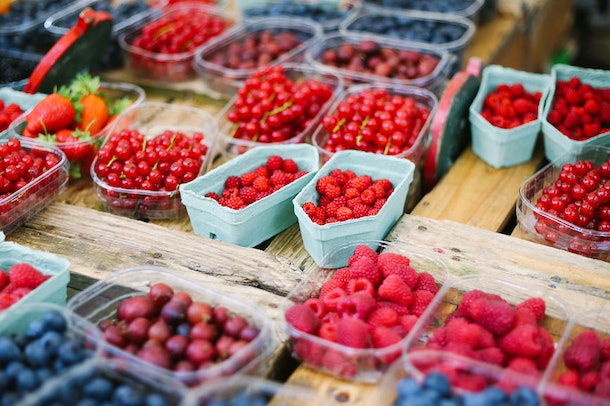 Last but not least, one of the best ways to get to know a new city is to be amongst the locals. This may be at a restaurant that’s totally off the grid, or a view of the skyline that isn’t well-known to tourists. This may also be at a farmers market.

Now, it’s not always the season for fresh fruit and vegetables. So, you may need to plan this excursion accordingly. But, if you’re visiting in the summer or fall, or going to be staying in this place for a while, you’re bound to be able to fit a market into your schedule.

You’ll wake up early and roam around the booths that are selling hand-picked raspberries or homemade soaps. You may talk to the people and artists, or just do your own thing. Either way, you’ll feel like you’ve done some exploring — and done it successfully on your own. Adventure really is out there, huh?

Marlins Trade J.T. Realmuto To The Phillies, Who Are Quickly Going All-In