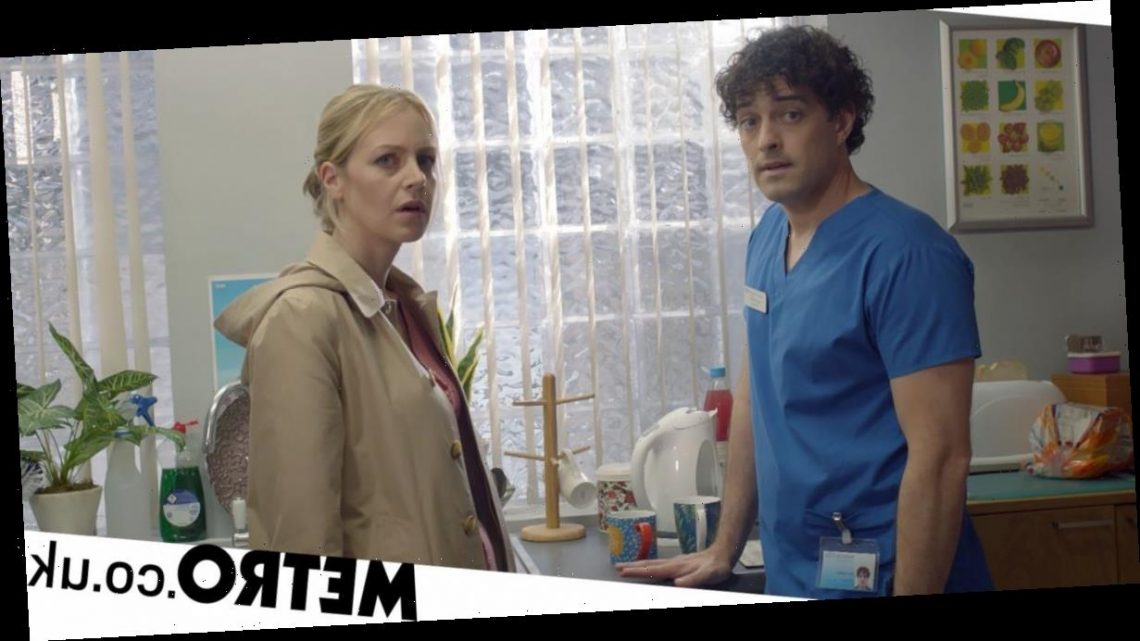 There’s awful news for Helen (Verity Marshall), Lofty (Lee Mead) and Dominic (David Ames) in tonight’s Holby City. The shocks start early, with Helen announcing to Lofty that she wants them to move in together and live as a couple with the baby. Before poor Lofty has even started to get his head around that one, Helen reveals that she’s worried about the baby’s health.

Meanwhile, Jac (Rosie Marcel) is under massive pressure as she has to attend a meeting to review what happened when Sandra died last week. And Zav (Marcus Griffiths) has a crisis of conscience that puts him in conflict with Donna (Jaye Jacobs). Here are all the spoilers to look out for.

1. Helen hasn’t been answering Lofty’s texts for a few days, which Dominic says is because Lofty has been over-the-top making baby plans and buying things for the impending arrival. Lofty can’t help but be concerned and keeps trying to reach Helen. When she eventually appears, she has a proposition for Lofty – she wants him to move in with her – and she’s in love with him! How will he react?

2. Donna wants Zav to look at houses they can move into together, but he seems more interested in how he’s going to impress new CEO Max McGerry (Jo Martin). Then a patient makes Zav question his part in Donna’s Botox business, leaving Donna wondering how committed he really is to her and her family.

3. Jac is being really frosty towards Elliot (Paul Bradley), but as she faces a mortality and morbidity review about Sandra’s operation it’s clear that Elliot has her best interests at heart and he busies himself trying to rally support for her. Will Jac see how much support she has?

4. Max is on the warpath about recent events on Darwin and has Jac in her sights. In the mortality and morbidity meeting she puts Jac on the spot about her actions. Jac gives an account of everything that happened during the operation – but her answers give Elliot further cause for worry.

5. Elliot is still hiding his medical situation from Jac as he fears she isn’t coping with the stress she’s under. Will he finally tell her?

6. Kian (Ramin Karimloo) is alarmed when Bea (Rosalind Halstead) is once again rushed back to Darwin, this time with an infection. As her condition deteriorates, there’s one person he can turn to for help.

7. As Lofty talks to Helen about the future and how the three of them can make it work for the baby’s sake, she reveals another reason why she’s been out of contact – she hasn’t felt the baby move for a while. Fleur Fanshawe (Debbie Chazen) is summoned for her expert opinion – and the news she gives them is devastating.

Sue Haasler is the author of five novels and the official BBC Holby City book, which you can read about here.

'This Is Us': Blake Stadnik Wishes There More People 'Like Him' On TV Growing Up
World News